It took four days to cut the 2,482-player WPT Seminole Hard Rock Poker Showdown field down to the final table. On Tuesday evening, the record-breaking $3,500 buy-in event eliminated all but six players, all of whom still have a shot at a $1,261,095 first-place prize. 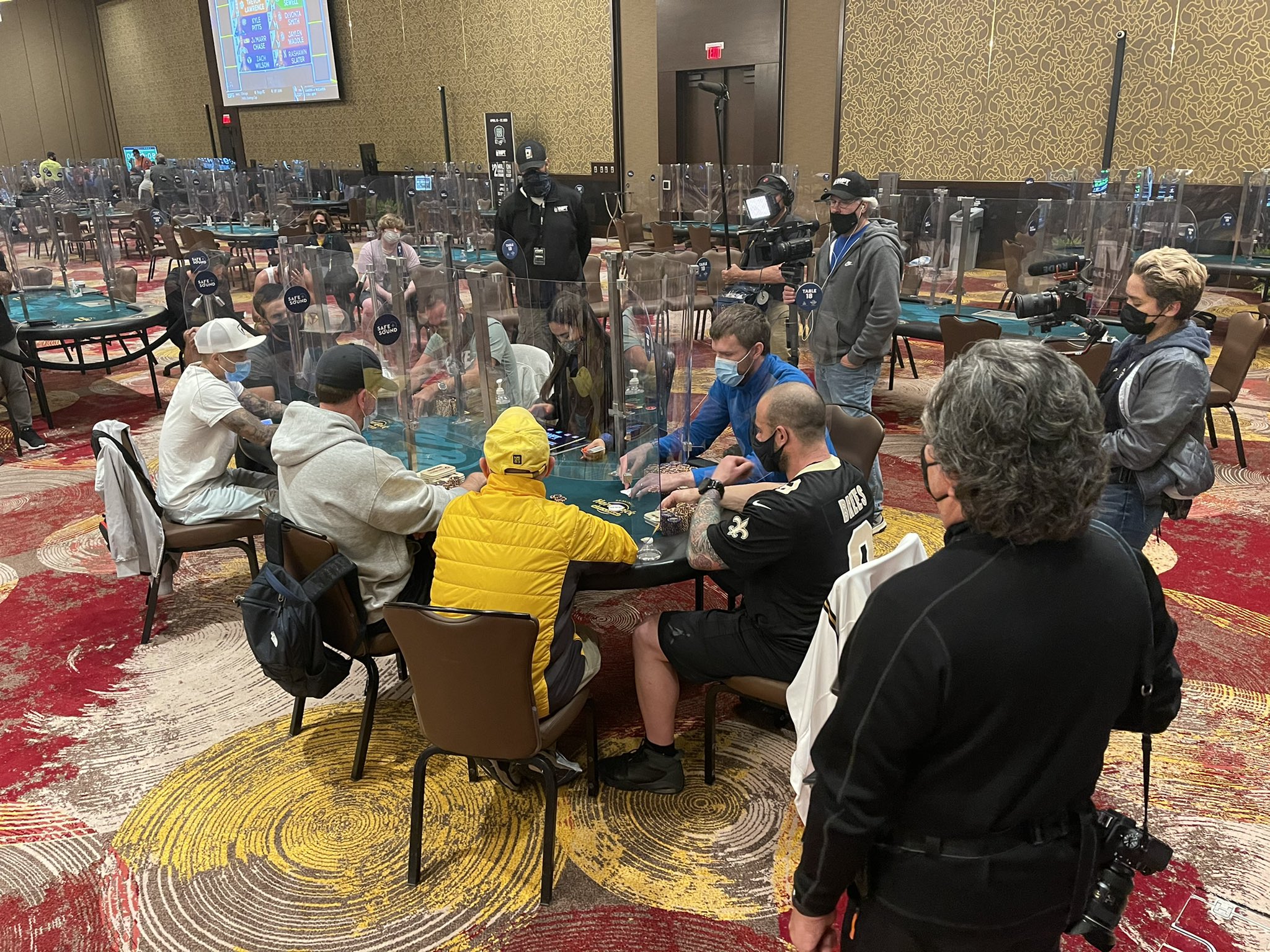 Heading into Tuesday’s Day 4 session, 21 players still remained, three of whom had over 100 big blinds. Albert Calderon had a sizable chip lead when play began at noon ET from the Seminole Hard Rock Hotel and Casino in Hollywood, Florida. He’s still standing, but will enter the final table as one of the two short stacks along with Viet Vo.

Tuesday was a pressure-packed day because so much was at stake. When the session began, each remaining player was guaranteed at least $34,865. Those who reached the final table will earn a minimum payout of $261,700, and three players are guaranteed over a half-million.

With seven players left, and the tournament sitting on the final table bubble, Eric Cajelais moved all-in for 6,175,000 with suited K-J. Sonny Franco, one of the bigger stacks, called him down with a suited A-Q and was out in front. The crucial board ran out 6-5-2-8-7, pairing neither player up, which meant Franco took down the pot and Cajelais went home in seventh place ($203,405).

That sent the largest World Poker Tour event ever to the final table. But it won’t take place in South Florida. Instead, the final six players are going to take a three-week break and then travel to the PokerGO Studio in Las Vegas for the final table on May 18.

Aldridge and Vo are the only players left who have previously reached a World Poker Tour final table. Vo was just one spot shy of a WPT title at Choctaw in 2018. losing a heads-up match to Brady Holiman, but still earning $302,725 for second place.

Outside of Vo and Aldridge, everyone else at the final table has already locked up the biggest live tournament score of their career. And none of these players has ever come close to winning more than $1 million in one event.

They’ll now have a few weeks to relax and calm their nerves, but the winner of this final table just might be the player who best handles the pressure, especially considering the Fox Sports cameras will be on hand to televise the event.