The WPT Seminole Poker Showdown proved just how hungry the poker community is for a major tournament after a year of COVID-19 cancellations. Day 1A of the $3,500 buy-in World Poker Tour event attracted a massive field of 1,047 players, which completely obliterated the tournament’s $2 million guaranteed prize pool. And the event still has one day left of registration. 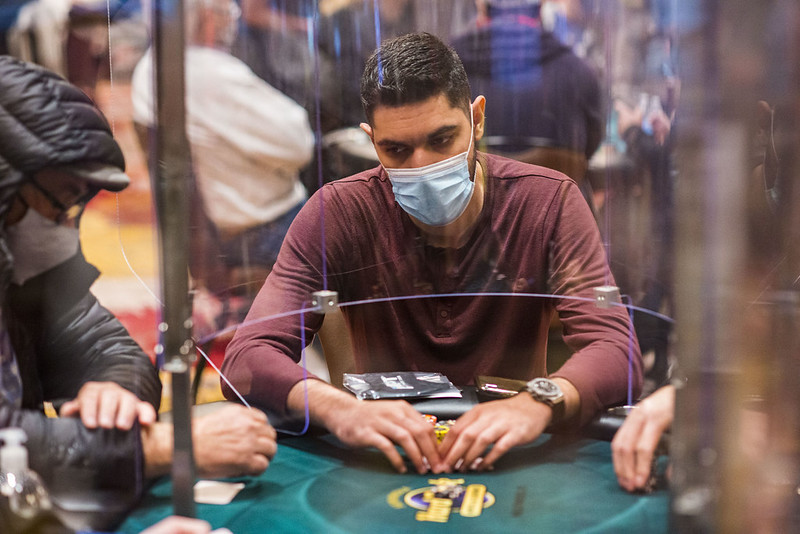 WPT Executive Director Matt Savage told CardsChat News his projected number was 2,112 total entries for the event. It appears he’s going to surpass that mark with one Day 1 flight remaining (Saturday at 11 am ET). In most tournaments, the last Day 1 session is the biggest.

At the end of Friday’s Day 1A session, which concluded around 11:15 pm from the Seminole Hard Rock Hotel and Casino in Hollywood, Florida, a town about 20 miles north of Miami, 330 players remained and will advance to Sunday’s Day 2. Those remaining players will combine with the players who bag on Saturday. Players who busted from Day 1A are eligible to re-enter on Day 1B.

The WPT guaranteed a $2 million prize pool, and there’s already $3,353,600 in the pot. Florida has been every bit as much of a poker hotspot since COVID-19 as anywhere. Seminole Hard Rock hosted another World Poker Tour event in January, the $3,500 buy-in Lucky Hearts Poker Open, won by Ilyas Muradi for $809,515. Muradi beat out a field of 1,573 players in what was the first major poker tournament in the US since March 2020.

Last year’s WPT Seminole Poker Showdown was canceled due to COVID-19. The 2019 edition of the popular Sunshine State poker tournament, won by James Carroll for $715,175, had 1,360 entries. This year’s event is on pace to nearly double the turnout. Payouts won’t be available until registration closes on Sunday, but there’s a good chance the winner will take home more than $1 million.

The tournament is set to play down to a final table of six on April 27. Those remaining players will take a few weeks off and then travel to Las Vegas to compete in the final table at the PokerGO Studio on May 18. The World Poker Tour will also host three unfinished 2020 final tables in Las Vegas the week leading up to the WPT Seminole Poker Showdown.

*All final tables will take place at the PokerGO Studio

At the end of Day 1A, Joshua Mountain bagged the biggest stack (414,000). Vanessa Kade, who recently won $1.5 million in a PokerStars online tournament, also finished with a pile of chips (359,000). Current WPT Player of the Year leader Brian Altman, former POY winner Art Papazyan, and World Poker Tour title and cashes record-holder Darren Elias all made it through to Day 2.

Any word on the WSOP Circuit resuming live play yet?