The $3,500 buy-in WPT Seminole Hard Rock Tampa event promised a $2 million guaranteed prize pool. Through one of the two Day 1 sessions, the tournament operators can breathe easy knowing they won’t have to cover any overlay. 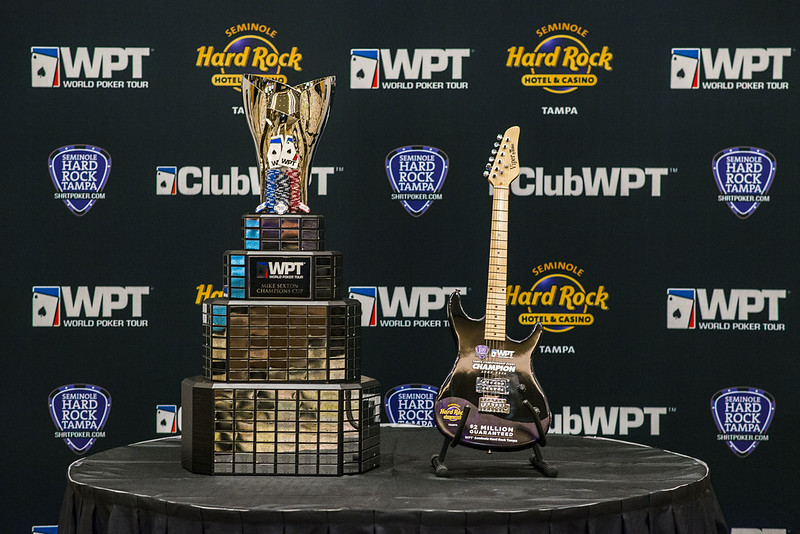 The WPT Seminole Hard Rock Tampa tournament is off to a roaring start. (Image: Twitter)

The World Poker Tour tournament, taking place at the Seminole Hard Rock Hotel and Casino in Tampa, brought yet another massive field to the state of Florida. The Sunshine State has been one of the top places for tournament poker ever since COVID-19.

In January, the WPT Lucky Hearts Poker Open, a $3,500 buy-in event at the Seminole Hard Rock Hotel and Casino in South Florida, attracted 1,573 entries in the first major live event since March 2020. Ilyas Muradi won it for $809,515. And then in April, the same casino hosted the $3,500 WPT Seminole Hard Rock Poker Showdown, which became the largest World Poker Tour event ever with 2,482 entries. Brek Schutten ended up winning it at the final table a month later in Las Vegas for $1,261,095.

Brian Altman ran away with the World Poker Tour Season XVIII Player of the Year title. He returned to action on Saturday for the first live event of the new season. And, as per usual, he bagged chips on Day 1. The Bostonian who reached three final tables during the 2019-2021 season, finished the session with 111,500 chips, putting him a tad below average.

Clayton Jiang bagged the chip lead at 542,000, and only a few players are close (Matt Zazaian is in second place with 468,000). Erkut Yilmaz, the player to win WPT POY the year before Altman, finished Day 1A with 263,500 chips, well above average.