The World Poker Tour (WPT) might have only just crowned its Tournament of Champions winner in Farid Yachou, but the schedule for its 15th season is now set in stone. 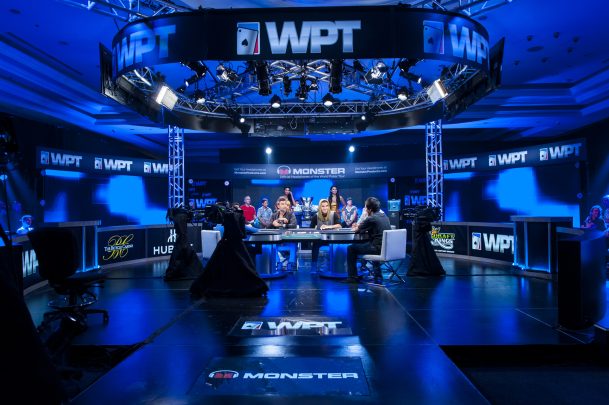 WPT will be offering more ways to win cash and tournament entries during the Season XV main tour. (Image: worldpokertour.com)

Although the full main tour schedule wasn’t announced until May 16, Season XV actually got underway on April 29 with the partypoker WPT Canadian Spring Championship.

That event was won by Seth Davies and was quickly followed up by WPT Amsterdam, which came to a conclusion on May 14 after Andjelko Andrejevic beat Tomas Fara heads-up to claim the $228,000 top prize.

Following the conclusion of the Amsterdam Main Event, the WPT’s organizers headed into the boardroom to finalize the rest of the season before publishing the details on the tour’s official site.

In total, there are 18 events left to play on the Season XV schedule, including the WPT Tournament of Champions, during which all reigning champions will be given free entry to the $15,000 tournament.

Following on the success of the newly revamped Tournament of Champions event in Season XIV, the WPT has revealed a number of additional innovations for the new season.

As well as a revamped live stream, the WPT will be running a series of Festival Championships. Available at all main tour stops, each series will see winners from every preliminary event compete in a special tournament to win a place in that stop’s Main Event.

Essentially, if a player wins a side event at a main tour stop, for example WPT Choctaw, they will be able to win a seat in the Choctaw Main Event for free.

On top of the free ME seat, WPT Festival Champions will also receive a custom-made trophy and access to a selection of VIP activities at whatever stop at which they happen to be competing.

While other tours have offered promotions encompassing various aspects of this deal in the past, the WPT’s package appears to be the first time side event champions will be able to squeeze out some added value in this way.

In addition to its latest innovations, the WPT will be bringing back its California Swing offer (players that play in all three California Swing tournaments will get a free night’s stay at Thunder Valley) as well as the partypoker passport which allows players to qualify online and choose the $5,000 event they want to play.

Season XIV saw 12,000 entrance fees collected and more than $50 million in prize money given away, but with a host of new innovations in place, the organizers will be hoping that Season XV becomes one of the biggest ever.