How Ourgame is Complicating the $105M World Poker Tour Sale

The still-to-be-finalized sale of the World Poker Tour to Element Partners, LLC, is proving to be more complex than a typical gaming acquisition. An initial sale set for late last year was delayed when a bidding war broke out. Now, with the deal in its final approval stages, it’s starting to become clear how Ourgame International, a 30% owner of WPT parent company Allied Esports, never really gave up its hold on the brand. 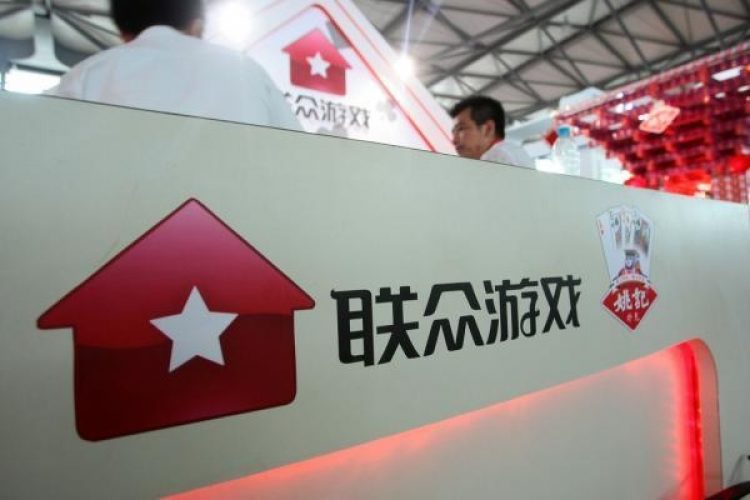 All is not well in the house of Ourgame, a Chinese social gaming company that has a stake in the pending sale of the World Poker Tour. (Image: Inside Asian Gaming)

Corporate filings in May by Ourgame with the Hong Kong Stock Exchange, and with NASDAQ by Allied Esports collectively detail how the planned sale of the WPT triggered not only a bidding war but also a battle among Ourgame’s board of directors over how proceeds from the sale would be distributed.

Disagreements between factions resulted in the ouster of three Ourgame board members, followed by a procedural effort by those former board members to retake control. What threatened to be a corporate coup failed in an emergency vote earlier this month, but the fallout has pushed back the date for a sale to close.

Allied Esports (AESE) originally planned to conduct its shareholder vote on Monday to approve the sale of the WPT to Element Partners for $105 million. But as declared in a June 11 filing, AESE was delaying the vote if it appeared majority approval wasn’t certain.

An Allied Esports spokesman confirmed to CardsChat News, “Our June 28 meeting will be adjourned prior to voting in order for the Ourgame meeting and vote to take place first on June 30. Our new vote date will be rescheduled to a time after that June 30 Ourgame meeting. We will send out another announcement when our new date is confirmed.”

Ourgame’s ongoing hold on the WPT

An early July vote is the earliest possibility for Allied to approve the WPT sale.

When reached by CardsChat News, the World Poker Tour declined to comment on the upcoming sale or its history with Ourgame.

The boardroom drama at Hong Kong-based Ourgame surrounding the sale of the WPT, exposed in numerous stock filings, revealed a clearer picture of a complex corporate structure that didn’t exactly line up with how the WPT publicly presented ownership changes in 2018.

A slew of early 2021 filings with the Stock Exchange of Hong Kong reveal how Ourgame’s executive board directly influenced how AESE, based in Irvine, California, handled the original purchase inquiry from Element Partners in November 2020. And when Bally’s Entertainment entered the picture, Ourgame executives claim to have supported the bidding war that ensued.

According to a May filing, “[Ourgame] adopted the highest bidder principle at a Board meeting [in March],” and communicated their position to AESE’s board. “The board of directors of AESE has been conducting this transaction in accordance with our position and in compliance with the relevant U.S. regulations.”

But as the WPT sale became more likely — for more money than initially anticipated — strife within Ourgame’s leadership began to boil over, even though all parties involved voiced support for the WPT sale to Element.

The WPT sale appeared on a fast track to approval, until a corporate battle ensued over what would be done with Ourgame’s share of the $105 million in proceeds from the sale.

A May 6 filing with the Hong Kong Stock Exchange revealed the extent of the turmoil inside Ourgame, which had summarily removed three of its seven board members — Gao Hong, Fu Qiang, and Hu Wen — for failing to perform their fiduciary duties in Ourgame’s business interests “to a standard at least commensurate with the standard established by Hong Kong law.”

An internal investigation found the three, who through a separate company collectively own a 26.99% stake in Ourgame, in serious debt. The group owed money on at least six judgments against them, was facing dozens of lawsuits, and had been fined and warned by China’s financial authorities for non-compliance in filing corporate disclosures.

There were also allegations of forgery on a corporate proxy connected to the WPT sale, and a pressure campaign to at least half the proceeds from the WPT sale to their indebted proxy. Though this board trio clearly wanted the sale to go through, Gao allegedly threatened “to cause obstruction and difficulties in the operation of [Ourgame].”

While stripped of their leadership positions, the three still had an ownership stake and responded by calling an emergency meeting seeking to remove all of Ourgame’s current board. The attempted corporate coup ultimately failed in a series of votes held on June 12.

But it added another delay to the WPT sale being finalized by Allied Esports. 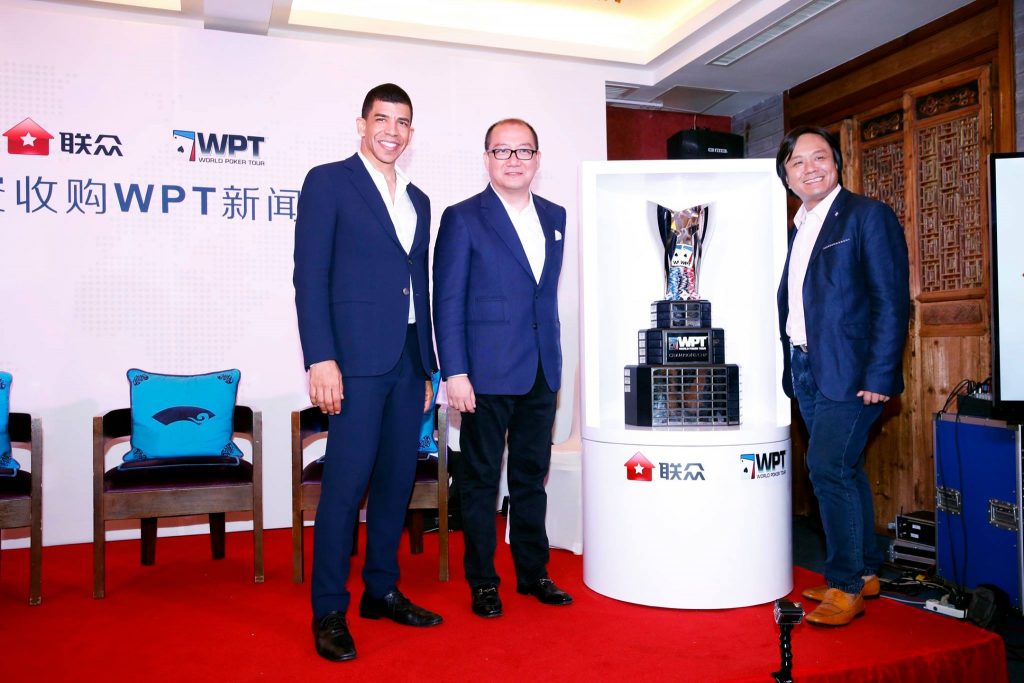 Ourgame’s relationship with the WPT goes back nearly a decade. In 2012, the two organizations entered into a five-year branding deal. This partnership brought with it the promise of expanding the WPT across China and the Pacific Rim.

With Ourgame’s help, the first-ever WPT event on Chinese soil took place in December 2012. The WPT National China, held at MGM Grand Sanya in Hainan, drew 530 players to its main event, indicating a bright future for poker in China. A second WPT National China in November 2013 continued the upward-trending prospects.

By 2014, Ourgame and the WPT had expanded the partnership with the launch of the WPT Dragon Series, which planned for stops across the Pacific Rim and held its debut event that year in Vietnam.

The relationship fully bloomed in 2015, when Ourgame acquired the WPT in its entirety, purchasing the famed televised tour from then-owner Bwin.party for $35 million.

Over the next couple years, with Ourgame in charge, the WPT expanded its global footprint and began to flourish across Asia. But that vision came crashing down in a big way in 2018, when the People’s Republic of China, suddenly became anti-poker.

Before acquiring the World Poker Tour, Ourgame had staked its claim in gaming as a market leader in China and southeast Asia for board-based games and social gaming apps. But in 2018, the Chinese government launched a crackdown on “Texas Hold’em apps”, threatening one of Ourgame’s key assets.

Authorities identified thousands of players belonging to poker clubs who they claim gambled illegally using different smartphone poker apps. Private clubs allegedly used the games as proxies for real-money wagering, with the operators generating revenue from the sale of play-money chips and a rake. 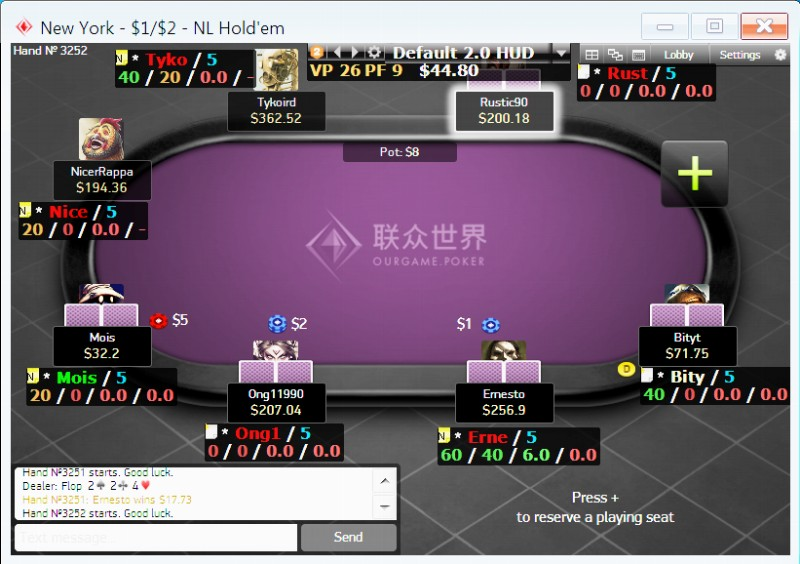 Social games such as Ourgame Poker were banned by the Chinese government in 2018. (Image: Inside Asian Gaming)

The crackdown targeted both players and app developers. Several hundred club members, identified through postings on popular Chinese social networks such as WeChat, were arrested. At least 39 workers at poker-app developers also were jailed. In May 2018, Ourgame acknowledged that six employees at its subsidiary Beijing Lianzhong Co. were detained for using its platform to “engage in personal activities contrary to the gambling laws of the PRC.”

The ongoing crackdown crippled the growth of live poker across China. Even in Macau, where live poker rooms had long flourished, poker participation dropped. The entire region suffered a setback in terms of player numbers from which it continues to recover.

And the WPT, which was all in on Asia when they first began partnering with Ourgame, suddenly had to change plans.

Ourgame had to get out of the poker business. In December 2018, the World Poker Tour and Ourgame announced a major reorganization of the WPT’s corporate structure — one that made it seem as if Ourgame no longer owned the WPT.

According to a December 2018 press release, WPT Chairman Lyle Berman’s Black Ridge Acquisition Corp., a publicly traded oil and gas company, would acquire Allied Esports and the WPT from Ourgame. Upon completing these acquisitions — in what the business press called a “convoluted debt-and-equity deal” valued at $153.8 million — Black Ridge would change its name to Allied Esports, to be traded on NASDAQ as “AESE.”

The new public company’s leadership consisted of major executives from both the WPT and Ourgame, including Berman as chair, former Ourgame execs Eric Yang and Frank Ng as vice chair and CEO, respectively, and the WPT’s Adam Pliska as president.

The inclusion of the WPT and the disclosure that Ng was stepping down as Ourgame’s chairman made it seem that Ourgame was shedding its poker-related assets in the face of continuing Chinese pressure. However, as later corporate filings in both Hong Kong and the US would reveal, that wasn’t really the case.

Disclosures from AESE show that Ourgame, through another subsidiary, still holds 30.6% of Allied Esports’ voting stock. And, in a lengthy SEC disclosure filed in advance of the vote on the pending WPT sale, Allied reported that another 17.6% of the company was sure to vote to approve the WPT sale on June 30. Allied describes this contingent as “certain of our key stockholders, including certain of our directors and executive officers.”

Combined with Ourgame’s 30.6% corporate-held bloc, Ourgame and its Allied allies thus control at least 48.2% of Allied Esports — not quite a majority, but virtually insurmountable.

The WPT’s path to being sold should become much clearer after Ourgame’s Wednesday vote. There’s no indication that Ourgame will surprise anyone, and no suggestion that the vote of approval won’t go through as planned.

But across the Pacific, Allied Esports is waiting until Ourgame finalizes its position before setting a date for its vote.

As has been the case all along, the Chinese social gaming company that went from WPT owner to minority shareholder maintains significant influence as more than just a passive overlord.