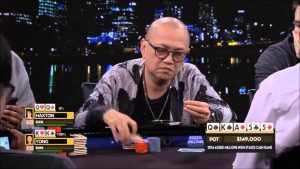 The World Poker Tour (WPT) is bucking the industry trend of rolling out innovations designed to attract more casual players by scheduling a $200,000 super high roller.

Earlier this week the WPT announced the details of its second event in the Philippines and, as part of the roster of tournaments, the organizers have included the most expensive tournament in its history.

Despite many industry operators scaling back the price of poker in a variety of ways, such as online Spin & Gos and cheaper live events for small stakes players, the WPT is going the opposite way with its latest offering.

Although the Philippines isn’t one of the biggest poker playing nations in the world, its proximity to gambling hubs such as Macau means that the super high roller could attract a number of well-bankrolled amateurs to the Solaire Resort & Casino in Manila.

Helping run and organize the event will be the Poker King Club and Cali Group and it’s this backing that will bring out some of the recognizable high rollers who frequent other similar priced events.

“We are happy to add the gravitas of well-known poker players into the mix, such as Aussie Millions champion and businessman, Mr. Richard Yong,” said the President and CEO of Poker King Club, Winfred Yu.

With a slew of high profile businessman and amateurs set to attend the WPT National Philippines to compete in the $200,000 tournament, it’s likely a number of famous pros will also join the action.

Phil Ivey and Tom Dwan are known to have strong ties to the Asian poker community’s wealthiest players and that could be enough to encourage them to ante-up as well.

Bucking the Trend for a Reason

While it might appear that the WPT’s latest innovation flies in the face of poker’s current trend of being more affordable, it could help to boost the numbers in the festival’s main event.

The allure of big name players and high stakes tournaments often helps to bring more players into the poker room and that translates into larger numbers for cheaper events.

This time around the buy-in has been reduced from $2,200 to $1,650 and it’s hoped the reduced price, combined with the allure of the super high roller, will help push the numbers beyond Season XIII’s total.