WPT Legends of Poker Day Three in Los Angeles saw some greats advance, and others get felted. Olivier Busquet, who can pack a punch both on and off the felt, isn’t among those moving on. Instead, he’s headed home, after busting in 19th place on Tuesday. 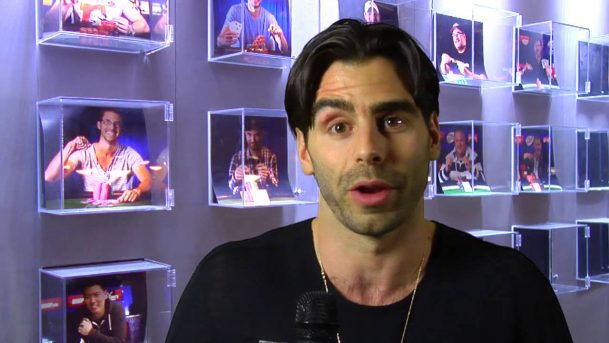 There were other well-known players who headed for the exits on Day Three at the Bicycle Club in Southern California as well. Ryan D’Angelo cashed in his ninth WPT event, finishing in 66th place. David “Chino” Rheem, a three-time WPT winner, was eliminated in the 47th spot.

The $4,000 buy-in tournament started with 687 entrants on Sunday, and is now down to the final 13 players. After Wednesday’s Day Four, the tournament will have approached the final table. Fox Sports will then begin filming the event to be broadcast at a later date.

So Who’s Moving On?

Jeremy Kottler began Day Three with a big chip lead. He then extended his stack size from just over 1,000,000 to 1,820,000, but is now 6th in chips going into Day Four. Kottler has three WPT final tables, including this event two years ago, but is still looking to join the Champions Club.

The chip leader, William Vo, was the talk of the tournament yesterday. Not only does he hold a sizeable lead with 4,125,000 chips: he’s also the oldest player left in the field, by quite a bit. Vo is 77 years old and ecstatic to be where he is. He only has one career WPT cash, but no one was more enthusiastic on Day Three than this senior citizen.

Vo began his climb to the top on Day Three in a massive pot with Todd Peterson and Upeshka De Silva. At the time, it was the biggest pot in the tournament so far (2,307,000). Vo’s pocket jacks held up to put him at over 3.4 million in his chipstack. After the hand, he proclaimed, “I love myself!” and “I love Bicycle!” He doesn’t speak fluent English, but he speaks fluent enthusiasm.

Another Senior Still in the Hunt

Vo isn’t the only 70-plus player left, either. Barry Shulman, a two-time WSOP bracelet winner, is just three months removed from his 70th birthday. He has 1,865,000 chips and is in 5th place as Wednesday kicks off.

David Pham is one of the top WPT players of all-time to never win a title. He has over $2.3 million in career World Poker Tour winnings, along with seven final table appearances, but has yet to win one. Perhaps that drought will end on Thursday. “The Dragon” has 1,365,000 chips left.