Phil Hellmuth was up to his usual bratty self on Day Four at the $10,000 buy-in WPT LA Poker Classic at Commerce Casino on Tuesday. 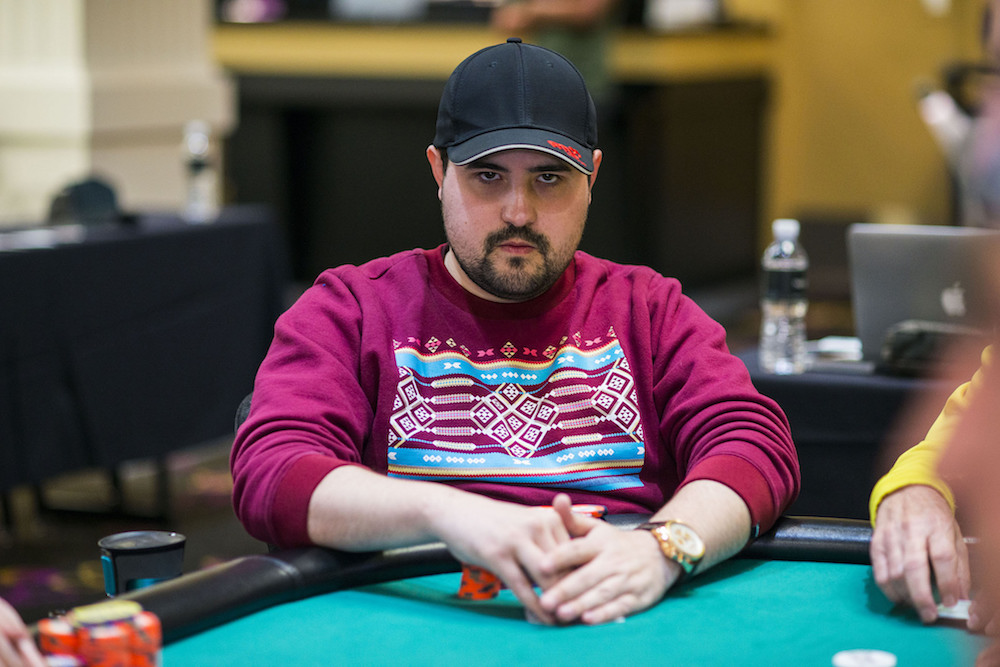 Despite looking like he might be on track for another final table run, the Poker Brat couldn’t make it through the day, unlike 13 others, including new chip leader Dennis Blieden, a local who is already guaranteed more money than he’s ever won playing poker.

Hellmuth, still chasing that elusive first World Poker Tour title to add to his packed trophy case, was eliminated in 15th place, winning $46,940, 60 percent of which will be shipped to those who invested in the 14-time WSOP champion on YouStake, the poker staking website he promotes.

As is often the case with Hellmuth, his impressive run was overshadowed by his bratty behavior. In one hand, he lost a large pot to Blieden when the less-accomplished amateur paired his jack on the river to counterfeit He, leaving Phil with just 24 big blinds.

It was not exactly a made-for-TV moment for the new WPT “Raw Deal” host.

“They are going to f*cking take this title away from me with this goofy sh*t,” he then said, followed by many other choice expletives.

Blieden later finished off the job by sending Hellmuth to the rails when his all-in bet on the flop with top-pair against Phil’s nut-flush draw held up.

When Day Five begins at noon PT from Los Angeles on Wednesday, Blieden (2.88 million) will have a huge chip lead over the second largest stack, Toby Lewis (1.76 million). But the competition the final two days of this tournament will be stiff for the inexperienced tournament player.

Blieden has just $21,980 in previous lifetime live tournament winnings, with a 13th-place finish in a $5,000 no-limit hold’em event at the 2017 WSOP, and a 2,844th place finish in the 2017 WSOP Colossus. But he has something some contend is far more valuable than experience late in a poker tournament: a massive chip stack.

Barreling towards the final table, all eyes will be on WPT Season 13 Player of the Year Anthony Zinno, as he attempts to become the first four-time winner in World Poker Tour history.

He’ll begin Day Five with an average stack (1,024,000), which is more than enough chips for a player of his skillset to take it down.

If Zinno wins the tournament, the $1 million prize will put him at just a shade under $8 million lifetime. He is joined by Gus Hansen, Carlos Mortensen, Chino Rheem, and Darren Elias, as the only three-time WPT winners.

If the cards go his way these next two days, he will be in a league of his own.

Hellmuth is my favorite player , I wish if he could add this win on his titles too , but there is always a next time , he’s a great player and his results talking about him , he can do it .

The part about Phil Hellmuth loosing his mind doesn’t really qualify as news, it’s the status quo. I think it’s very entertaining to watch Hellmuth go crazy over loosing flips and when hands just play out in an unavoidable way. I think it’s going to take awhile for him to get that WPT title. The game is changing so much and he isn’t adapting his game at the same pace.