Shingo Endo topped a field of 322 players to win the WPT Japan Main Event on Monday, as the World Poker Tour continues to work to expand its presence in Asia. 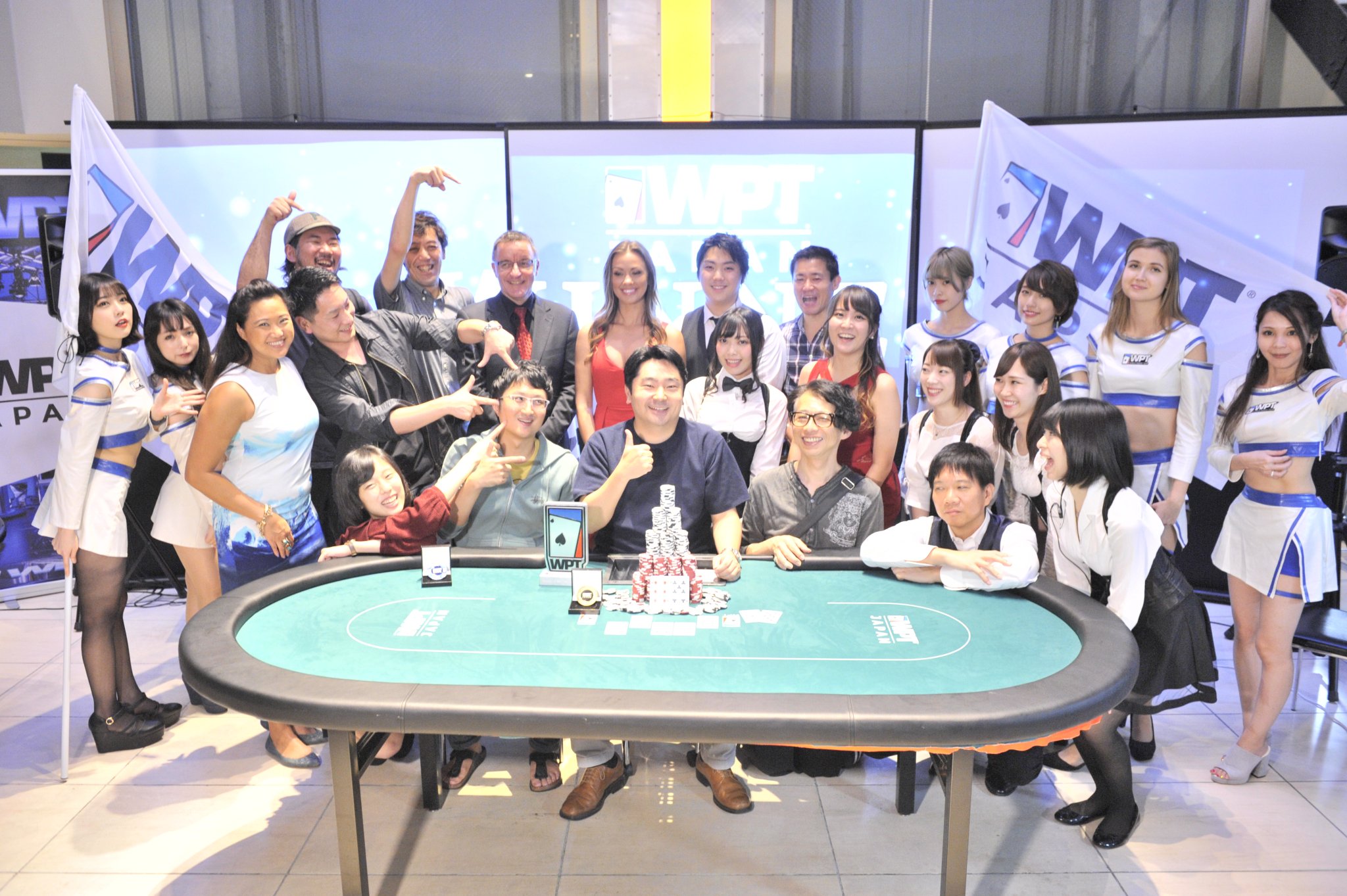 The tournament, held in conjunction with the Japan Poker Union, marked only the second WPT Japan event in the tour’s history.

Compared to many tour stops, the cost of entry and the prizes available were fairly modest. The buy-in for the WPT Japan Main Event was JYP 30,000 ($267), and for his efforts, Endo didn’t win cash. Instead, he’ll take $13,000 in WPT Passport credit that can be used at any WPT event worldwide through the end of 2019.

As the tournament reached its final stages, however, Endo didn’t look like he had much of a chance.

“When I reached the final table I was the shortest stack and I was trying to struggle to get somebody and double up,” Endo told the WPT’s Caitlyn Howe after the tournament. “I was actually almost dead, but after that I had some [luck] and tripled up, and doubled up, and doubled up again, and found myself as the chip leader.”

That streak was enough to propel Endo to victory. With $13,000 in tournament credit in hand, it appears that the WPT Japan champion has a pretty good idea of where he wants to play next.

“I’ve never played overseas, so I would like to really go to Vegas and try my best and hope this journey continues,” Endo said.

The first WPT Japan took place last November, and saw Eiji Kimura come out on top of a field of 460 entrants. This time around, the stop is part of an Asian swing that also includes WPT Korea, which will take place starting on Tuesday at Paradise City Casino in Incheon.

The two events share an interesting link in that players at WPT Japan had the opportunity to play the opening stages of the WPT Korea Main Event. Essentially, it was a starting flight for players in Japan, allowing them to see if they had survived the early rounds before committing to travel to Korea for the KRW 1.1 million ($980) buy-in tournament.

“Asia played an important role in the WPT’s success in 2017, and we are proud to return to the region in 2018,” WPT CEO Adam Pliska said in a statement. “We are honored to have the opportunity to continue to fuel poker’s growth in this burgeoning region and showcase the wealth of talent Asian players have to offer.”

The WPT’s real interest in Japan is likely forward looking. Japan recently passed legislation to allow for up to three integrated resorts in the country, a move that could create one of the most lucrative casino markets in the world. These resorts aren’t expected to open until at least 2025, but when they do, Japan could become an attractive market for the WPT and other major poker tours.

Congratulations to Shingo Endo. I think he is lucky to live one of his dreams! Japan is an ideal place for poker to start its journey in the big continent of Asia. If the things go well, we will see much more on line players too, together with bigger and exciting games!

This is my dream tour! 🙂