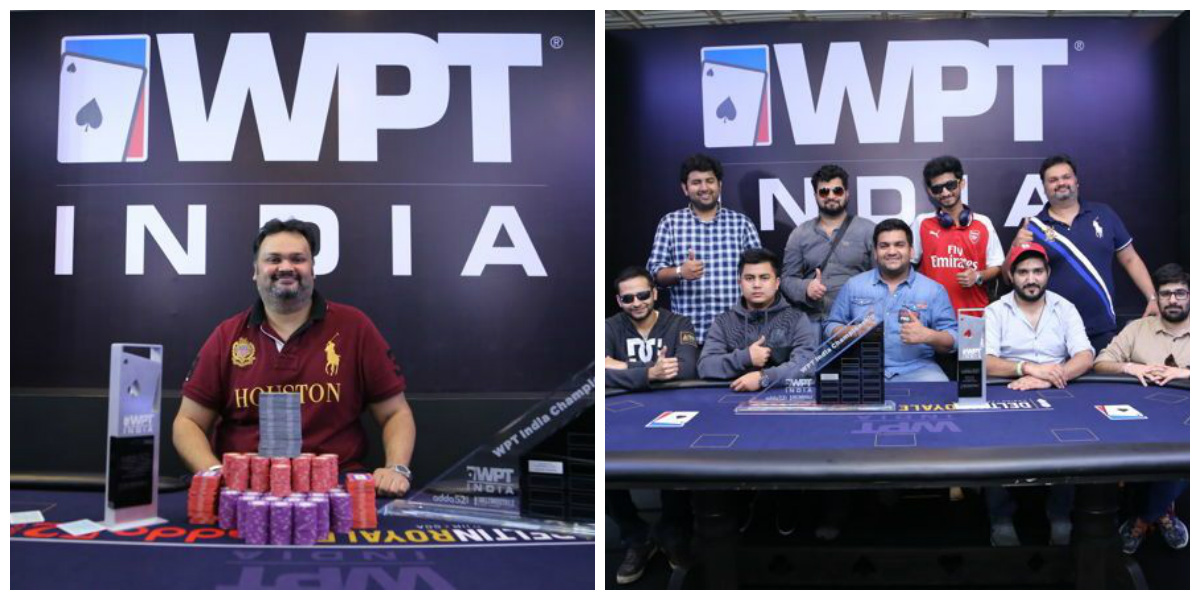 The 2018 WPT India marked the second straight year that the World Poker Tour hosted a tournament aboard the luxury ship. India is seen as a potential growth market for poker, with an increasing number of players taking up the game in recent years despite legal challenges.

Last year, the enthusiasm for poker started to pay dividends for India on the world stage. Nipun Java became the first player to earn a gold bracelet at the World Series of Poker in 2017, winning both the WSOP.com online event and the Tag Team event with partner Aditya Sushant.

2017 also saw the first ever WPTDeepstacks Series event in India, which attracted over 1,500 entrants across the series. That led to the return visit this year, which saw eight events held over the course of a week.

Those relatively affordable price tags may be perfect for a region that’s just developing a poker culture. Last year saw 527 players come out for the first Main Event, meaning the series experienced solid growth in year two of the WPT’s venture into India.

Jhunjhunwala Comes Back from Heads-Up Deficit

Given the modest prize pools, it isn’t surprising that all nine players who made the final table this year hailed from India. For Jhunjhunwala, that meant there were a lot of familiar faces in the late stages of the tournament, including Amit Jain, who ended up finishing in seventh place.

“I had Amit to my immediate left, and we play a lot of cash games in Bombay together,” Jhunjhunwala told PokerNews. “He knows my game through and through. Once he lost his stack, it made things easier for me.”

In heads-up play, Jhunjhunwala found himself facing off against Sahil Mahboobani, and fell behind 3-1 in chips before coming away with the victory. Mahboobani earned INR4.65 million ($65,150) for the runner-up finish.

According to the Hendon Mob database, Jhunjhunwala had three previous cashes totaling about $53,000 in prize money, all of which came in India. His latest win moved him up to 28th on India’s all-time tournament money list, a group that is headed by Vivek Rajkumar and his $4.4 million in career earnings.

But as is often the case for poker players around the world, it turned out that Jhunjhunwala was playing for more than just the prize money.

“Coming here, I had this prop bet with my friend that I was either going to final table the Main Event or the High Roller,” he told PokerNews. “So now that it’s all happened, it’s just starting to sink in.”