The second and final session of the WPT’s high-stakes home game took place on Wednesday night, and Landon Tice stood out as one of the evening’s top performers. 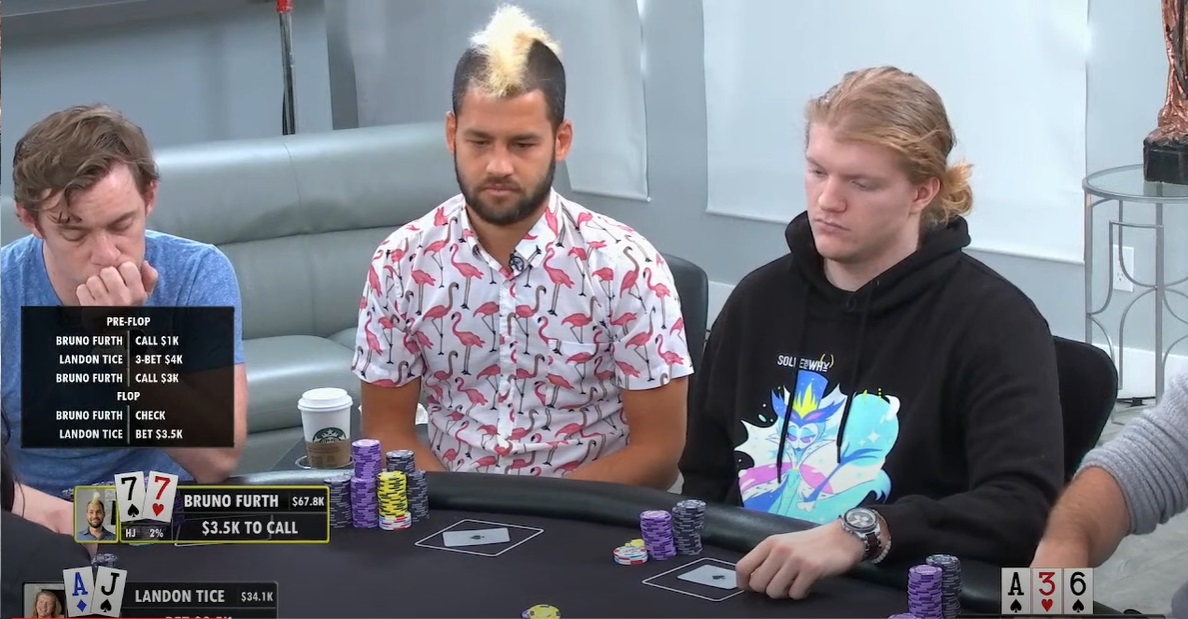 Landon Tice (right) bounced back against some tough opponents to win $30,000 in the WPT’s high-stakes home game. (Image: YouTube/WPT)

Tice entered the high-stakes game coming off his highly publicized loss in a heads-up match against businessman Bill Perkins. Despite being tipped as one of poker’s rising stars, the manner in which the Perkins match ended left a dent in Tice’s reputation.

Things went from bad to worse for the young poker pro on Tuesday when Tice lost $55,000 in the WPT home game. However, he rallied during Wednesday’s session to win back $30,000.


A $30,000 win might not be life-changing, but the fact Tice was able to hang with some seasoned pros can’t be overlooked.

Tom Dwan was back in the mix following a dramatic opening session in which he won $100K in just three hands. Dan Smith and Bruno Furth also returned to the game while newcomers Jason Koon, Kristen Bicknell, and Chris Brewer completed the lineup.

The $200/$400 No-Limit Hold’em cash game lasted for a little less than seven hours. Fans were able to watch in real-time on Twitch and YouTube.

The night’s recordings are available on both platforms, or you can view how things went down in the video above.

Tice hangs with the big dogs


Tice, a relative pup in Wednesday night’s lineup, was involved in some of the session’s biggest pots and showed he has no fear when competing against more experienced players, as evidenced in a hand with Bicknell (see video below).

A fortunate river gave Tice a strong enough hand to tease Bicknell with a value bet. The three-time GPI Ladies title-holder and WSOP bracelet winner thought she had a sold read on Tice in the hand, but quickly found out that she did not.

Ouch 😣 @krissyb24poker goes with her read VS @LandonTice. See the full hand and the entire 200/400 NL session on Twitch: https://t.co/DuYYoIF055 pic.twitter.com/6ieYfICmS6

Tipping our hats, indeed.@JasonKoon vs @LandonTice
Catch the full hand and the entire 200/400 NL home game on Twitch: https://t.co/DuYYoIF055 pic.twitter.com/S3WRae8Yyz

Tice showed the bluff and proved, in that hand at least, he was far from a fish out of water against players he never thought he’d compete against.

Felt pretty good, played decently and it was a great experience to get in there and battle with some truly legendary players who I never thought I'd ever get to play against. 😁