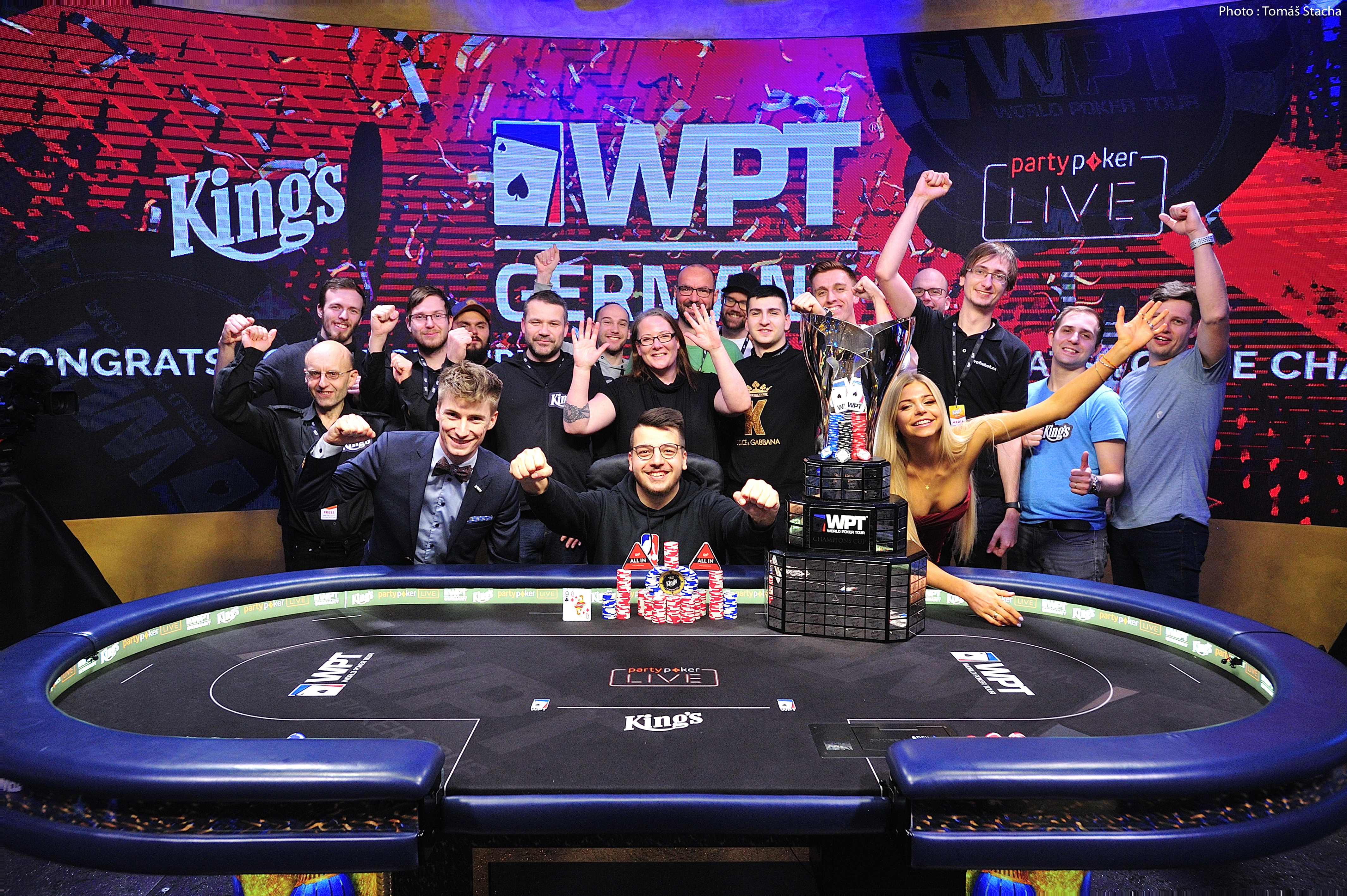 Christopher Puetz has picked up the biggest win of his career after defeating all comers in the WPT Germany main event. (Image: Flickr/WPT)

After five days of preliminary action at King’s Casino Rozvadov, Puetz emerged victorious after a tough finale on Sunday.

With 501 entries cut down to 10, all eyes were on 2019 WSOP Main Event winner Ensan at the start of the final day. With WSOP and European Poker Tour (EPT) titles to his name, the German was bidding to become a Triple Crown winner.

Things started well for Ensan in the €3,300/$3,530 main event. With 10 players remaining and the second-largest stack, he sat back as Rifat Gegic and Renato Nowak became the first two casualties. With just seven players left, things fell apart.

Pre-flop, Ensan raised with Q♠J♦ from early position and Laszlo Papai called on the button with A♥9♥. Everyone else folded and the flop came 9♦K♦4♥. A check from Ensan elicited a bet from his opponent. Ensan called and the 5♥ landed on the turn.

Both players checked the turn before the 9♠ on the river prompted a bet from Ensan. That last ditch effort to steal the pot was met with a call from Papai holding trips.

Van den Bijgaart called, leaving Ensan in trouble with A♦9♣. The J♦6♥J♥Q♣2♥ was enough to give Van den Bijgaart the pot and end Ensan’s dream of becoming poker’s 10th Triple Crown winner.

As Ensan exited, Puetz started to make his move. The eliminations of Farukh Tach, Gianluca Speranza and Josef Gulas took the field down to three. At this point, Puetz made trips at the right time to decimate Van den Bijgaart’s stack.

That coup was the beginning of the end for Van den Bijgaart. Within a few rounds, the Dutchman was out courtesy of Laszlo Papai.

With two left and the stacks evenly balanced, the WPT Germany title could have gone either way. However, in the end, Puetz got it done in dramatic fashion after just seven hands.

Having lost the majority of his stack on the previous hand, Papai was all-in pre-flop courtesy of the blinds. Without anything extra to pay, Puetz tabled Q♦9♣.

Pocket fours gave Papai a glimmer of hope thanks to a 4♣9♥Q♠ flop. However, the Q♥ on the turn swung things in Puetz’s favor before the 7♥ closed out the show.

Raking in the final pot, Puetz celebrated his biggest win to date. In addition to picking up $288,900 and a WPT title, the German bagged a free $15,000 seat in the season-ending Tournament of Champions.