The poker tournament circuit doesn’t shut down once the WSOP concludes each summer. With the World Series of Poker out of the way, the World Poker Tour season is underway, and through two days of play at the Gardens Poker Festival in Los Angeles, Lior Orel holds the chip lead with 54 of 373 players remaining. 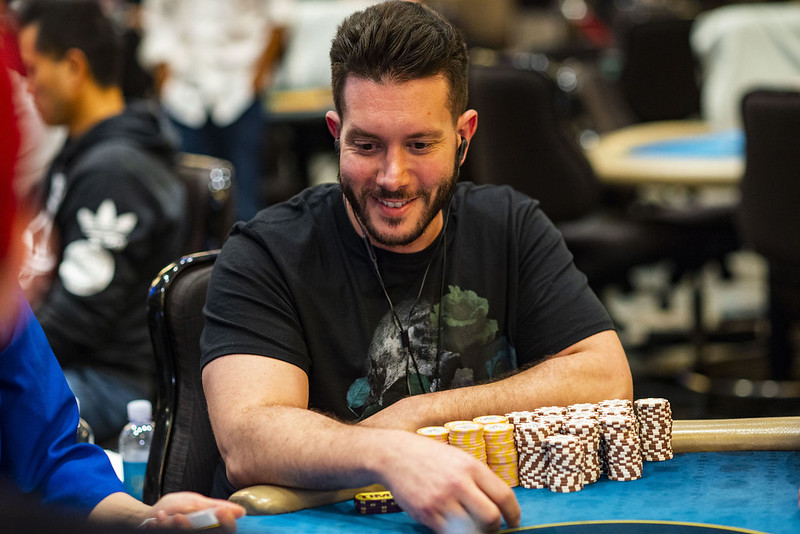 Lior Orel has a long ways to go to win at WPT Gardens. (Image: wpt.com)

With the money bubble about to burst, Tuesday’s session will be far from stress-free. Just 47 of the final 54 players will get paid. The short stacks, which includes four-time WSOP champion Max Pescatori, need to spin it up quickly. Orel, however, is the only player over 1 million chips. So, he won’t have to sweat the bubble, barring a sick run of bad luck, which isn’t impossible in this crazy game.

Chip leader Lior Orel isn’t a household name, yet. After all, he only has $245,000 in career live tournament cashes. But if he continues to play his cards right this week, he just might become one.

Six past WPT winners remain in this talented field. That includes Ryan Tosoc, but with just 76,000 chips, if he doesn’t chip up early on Tuesday, he won’t secure his fourth career cash.

After a long summer of grinding cash games and tournaments in Las Vegas during the World Series of Poker, you might think the pros are ready for some time away from poker. For some, that might be correct. But for many others, the end of the WSOP only means it’s time to move on to other poker tournaments.

The 2019-2020 World Poker Tour season is now officially underway. And, to no surprise, it’s started off with a bang with 373 players entering the $5,000 buy-in Gardens Poker Festival.

Up next on the WPT schedule is the $5,000 WPT Legends of Poker starting August 31. That one is also in Los Angeles but at the Bicycle Casino.