WPT Gardens in LA Plays Down to Final Table, Will Resume in March at Las Vegas Esports Arena

The WPT Gardens Poker Championship in Los Angeles is down to its final table of six. But we won’t be reporting on the winner for a few months because the tournament’s final session will take place March 12 from the HyperX Esports Arena at the Luxor Hotel and Casino on the Las Vegas Strip. 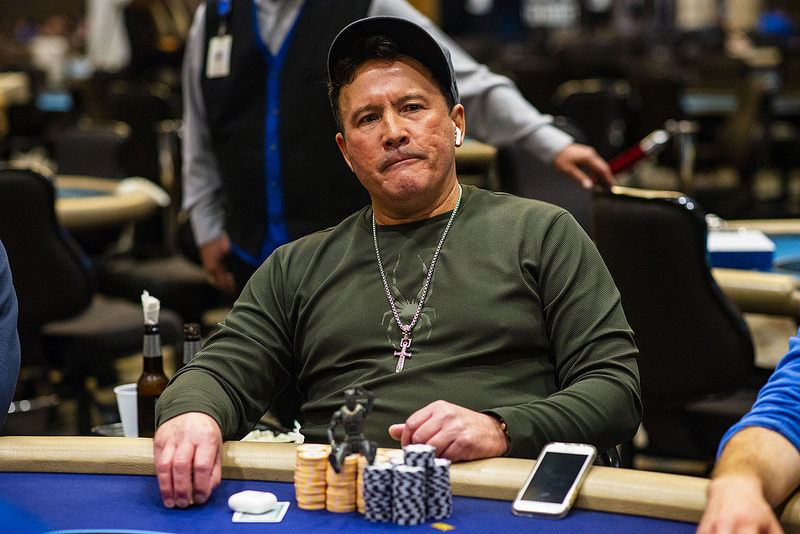 Frank Stepuchin will have the chip lead when the WPT Gardens Poker Championship final table resumes in Las Vegas on March 12. (Image: wpt.com)

Each remaining player is guaranteed at least $110,000. The winner receives $548,825 and also their name encrypted in the WPT Champions Club trophy. None of the final table participants is a past World Poker Tour champion.

Frank Stepuchin made it this far with the biggest stack. He has more than a 2-1 chip advantage over Shannon Shorr who is in second place.

Toby Lewis bubbled the final table ($85,270) thanks to a sick cooler against the chip leader. Stepuchin shipped a massive pot with a set of fives, cracking top two-pair (K-J). And with that, the $10,000 buy-in tournament is on hold for the next three months.

Stepuchin, who hails from Utah, might not be a household name. But he’s been successful the past year in live tournaments. He won a $375 buy-in event at the Larry Flynt Grand Slam of Poker in July for $149,220. And also had a $30,000 score for 16th place at the WPT Borgata Poker Open in September.

So, if he can hold onto his chip lead to win in March, he’ll be in the running for WPT Player of the Year with only a few months left in the season.

Although Shorr has a sizable chip deficit, he’s probably the favorite to win. The Alabama native is far and away the most accomplished player at the final table. He has nearly $6.7 million in lifetime tournament winnings, including 77 WSOP cashes but no bracelets.

Heading to the Strip

Now that play has concluded in Los Angeles, the tournament shifts to Las Vegas. Luxor will host the final table at its state-of-the-art Esports Arena, which opened in 2017.

The venue mostly hosts Esports tournaments but is also becoming the setting for televised poker final tables. Last year, the World Poker Tour tested out the arena for Tournament of Champions final table. Players and fans appeared to enjoy the experience.

The winner of the WPT Gardens Poker Championship will earn a seat in the season-ending Tournament of Champions, a $15,000 buy-in event only for current and past WPT winners.