Men “The Master” Nguyen made a the final table at the WPT Gardens Poker Festival main event on Wednesday but for the umpteenth time in his controversial career, the seven-time WSOP bracelet winner was accused of angle shooting and disrupting the flow of the game. 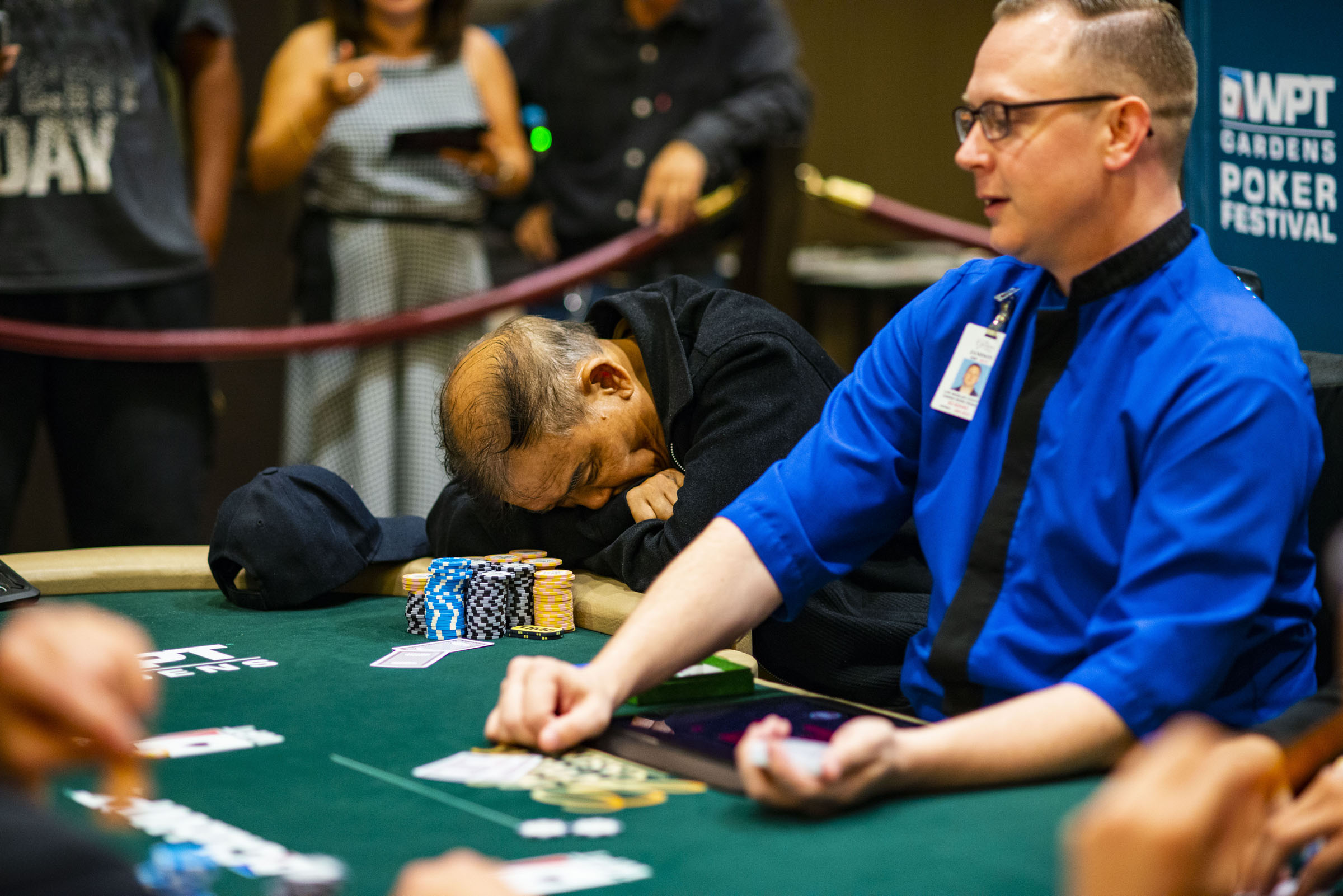 Men “The Master,” left Gardens Casino in Los Angeles after Day 4 with a realistic shot at winning his first World Poker Tour title. Nguyen, one of six remaining players, will start the final table with 66 big blinds. The action will be livestreamed on WPT.com beginning at 4 pm PT on Thursday.

Despite having over $10 million in lifetime tournament winnings and seven WSOP bracelets, Nguyen has never won more than $412,000 in a single tournament.

That will all change if he scoops the WPT Gardens trophy on Thursday, which is good for $565,055, minus the cost of the 2018 Mercedes-Benz SLC Roadster that is awarded to the champion (valued at more than $50,000).

Time Not on His Side

As is often the case when Men The Master makes a deep run in a poker tournament, the main story isn’t his finish, it’s his behavior at the tables. Wednesday was no different.

According to WPT live reporting team updates, Nguyen was pulled aside by tournament staff to discuss a few situations, and was slapped with a one-round penalty for attempting to make illegal raises multiple times in the same hand.

“What did I do wrong?” Nguyen asked the tournament staff. “I never do nothing wrong.”

That wasn’t the only instance where he did “nothing wrong.” Nguyen was accused of abusing the time extension chip rule on several occasions during Day 4.

This event uses an Action Clock, which requires players to act within 30 seconds or have their hand declared dead. Players get six time extension chips, however, which allows them extra time for making a decision. But after their six are gone, players can no longer contemplate a move beyond 30 seconds.

On several occasions, Nguyen waited until after the buzzer sounded to fold his hand, which caused other players to question if he should be forced to throw in a time extension chip. If a player hasn’t acted by the time the Action Clock expires, they are required to surrender a time-extension chip.

But despite player protests, he was not forced to give up any time-extension chips for his delayed actions.

Trying to Take Back a Call

But Nguyen didn’t seem particularly concerned with violations of rules or etiquette.

After seeing how bad of shape he was in, Nguyen picked up the two chips he just used to make the call with and attempted to claim he never called the raise.

“You called,” Sung said. “That’s why I turned over my hand.”

“I no do nothing,” Nguyen responded.

“Menski, you really trying this on me right now?” his opponent fired back. “We’ve known each other a long time. Don’t pull this sh*t on me.”

“I’ll bet the prize pool on it,” Sung answered.

As was the case on numerous occasions Wednesday with Nguyen at the table, tournament staff came over to rule that a call was made and ordered the dealer to turn over the river card, which was another 6, giving Sung a winning full house.

Justice was briefly served as Sung won the hand, but he still didn’t outlast Nguyen, eventually eliminated in 9th place ($55,100) by Jake Schindler.

It’s unclear how many adult beverages Men The Master drank during the Day 4 session, but he was cut off late in the evening after a combination of belligerent behavior interspersed with napping at the table slowed down the action.

Call him what you want: Men The Master, Men The Excessive Drinker, Men The Angle Shooter. But you’ll probably never get to call him Men The Hall of Famer due to behavior on the table and off.

Nguyen was considered one of the best players in the world in the 1990s up through the early days of the poker boom era. Although he hasn’t been as successful the past decade, he still occasionally runs deep in major events.

Yet, despite having played poker for more than 30 years, it appears he still doesn’t know, or more likely just doesn’t care, what is and isn’t acceptable behavior at the poker table.

Very funny dude) Poker and alcohol is not connecting.