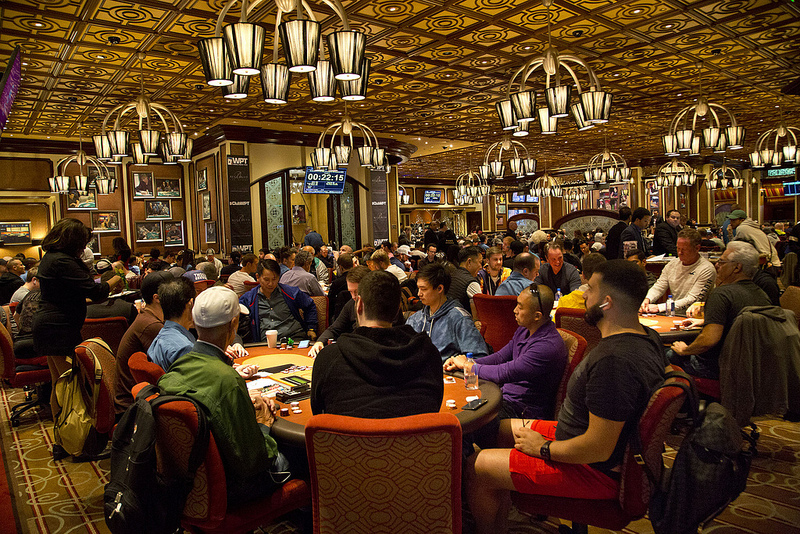 A total of 697 players – 417 of whom advanced to Day Two – have participated. Registration will remain open until after the fourth level of the day on Wednesday.

Last year’s WPT Five Diamond had 605 Day One entries and finished with 812 players. Ryan Tosoc, who finished runner-up in 2016, won it for $1.95 million. He bagged 90,000 chips on Tuesday, well above average stack. If he makes the final table, it could be considered the most impressive feat in World Poker Tour history.

Two other Main Event winners bagged and tagged on Tuesday, both finishing at above starting stack. The reigning champion – John Cynn – left with 57,000, while the 2017 world champion Scott Blumstein finished at 54,000.

The 2018 GPI Player of the Year could come down to the WPT Five Diamond. Alex Foxen, David Peters, Justin Bonomo, and Stephen Chidwick, the top four competitors, all bagged chips on Day One.

Foxen leads the way with 3,836.72 points but the other aforementioned players are all within 150 points, which means his lead isn’t safe. That is, of course, unless he final tables this event while his nearest competitors fail to cash. In that case, he’ll likely have POY wrapped up.

Foxen’s girlfriend, Kristen Bicknell, also bagged a decent stack on Tuesday (70,000) as she seeks a second straight Female Player of the Year award.

Payouts for the WPT Five Diamond won’t be announced until registration closes. But it’s safe to assume the winner, and possibly runner-up, will take home over $1 million.