The World Poker Tour (WPT) has agreed to a deal with the Japan Poker Union Corporation which will see the tour’s first ever Japanese event take place this November. 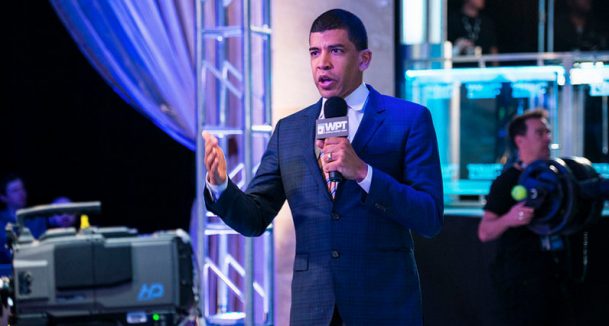 The WPT’s Adam Pliska is encouraging all poker players to try the tour’s first ever event in Japan this November. (Image: WPT/revolutionpix for GPI)

With the poker scene currently booming in Asia, the WPT’s partnership with the Japan Poker Union Corporation will give it a foothold in an emerging but uncertain market.

Under the terms of the deal, WPT Japan will take place in an as yet undisclosed venue between November 23 and 26, 2017.

To help boost the number of entrants, qualifiers will be held inside local casinos but players won’t be able to win any money when the event kicks off.

In fact, the official press release doesn’t even mention an official buy-in figure because of Japan’s current gambling legislation.

Despite being looked at as one of the few remaining untapped gambling markets, Japanese regulation has been a complex process. The idea of making casinos legal in Japan was first taken seriously around the turn of the millennium.

However, the move from conception to reality took almost 17 years as legislation was only pushed through in December 2016 largely due to the 2020 Olympics.

With the quadrennial athletics festival set to boost Japanese tourism in 2020, the government moved to pass a casino law that could capitalize on this influx of tourists.

The law itself gave the green light for so-called integrated resorts which will combine casinos, hotels and various entertainment options. At this stage the finer details of the plans are still being worked on and this means WPT Japan can’t offer cash prizes.

Because any form of financial transaction would breach the current legal situation, the organizers have swapped cash for tournament packages.

Every player that makes it “into the money” will receive a prize package, while the winner will earn the following:

Giving away tournament tickets instead of cash is a novel concept for a high profile WPT event, but it’s certainly a clever way to infiltrate the Japanese market.

With many predicting that Japan’s gambling market will be worth anything from $5 billion to $25 billion when it’s up and running, the WPT’s early move could have a positive long-term effect.

For now, WPT CEO Adam Pliska is encouraging players from around the world to experience Japan and what’s likely to be the first of many poker tournaments in the country.