The WPT Fallsview Poker Classic in Niagara Falls, Canada is down to its final session, and last year’s champion — Demi Kiriopoulos — still has a shot at defending his crown. 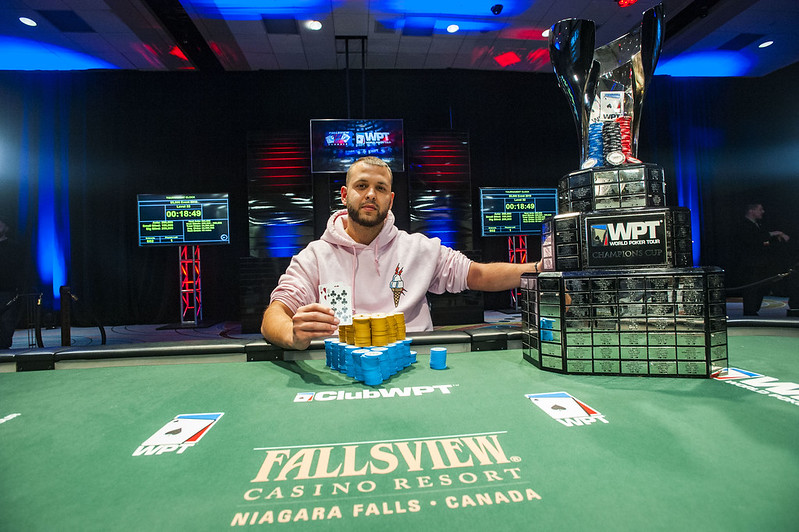 Day 2 in this CAD $5,000 buy-in tournament at the Fallsview Casino Resort began Saturday afternoon with 143 remaining players, including the retired Vanessa Selbst, who bagged one of the top stacks. Although she easily cashed, the former PokerStars Team Pro member was eliminated in 22nd place (CAD $19,743).

Selbst lost her stack to Kiriopoulos, whose kings held up against Q-10 on a 10-high flop. That hand helped propel Kiriopoulos near the top of the chip standings.

Kiriopoulos has a shot at doing something accomplished by only one poker player in history — winning the same World Poker Tour event in back-to-back years.

Brian Altman became the first to pull off this impressive feat when he shipped the Lucky Hearts Poker Open in January, the second consecutive year he won the same tournament. Altman has a massive lead in the WPT Player of the Year race, and is guaranteed to add to it in April when he competes at the final table of the Borgata Winter Poker Open.

And Then There Were 15

The WPT Fallsview Poker Classic will conclude on Sunday, and only 15 players still have a shot at the title and CAD $394,120 first-place prize. Arash Tafakori bagged the biggest stack with 4,195,000 chips. Kiriopoulos is right behind him in second place at 3,860,000.

Popular Twitch streamer, Parker “tonkaaaap” Talbot, is among the headliners returning on Sunday. The Partypoker pro left Saturday’s Day 2 session with 590,000 chips. Only Rob Petronio has a smaller stack (500,000). With the blinds resuming at 20,000/40,000 (40,000 big blind ante), the small stacks will be desperate for an early double-up on Day 3.

Eric Afriat, a two-time WPT champion, also bagged chips on Day 2 (805,000). He owns titles in the Borgata Winter Poker Open and Seminole Hard Rock Poker Showdown, and has over $2.7 million in career World Poker Tour earnings. He’ll add at least CAD $25,254 to that total regardless of his finish at the WPT Fallsview Poker Classic.

Cards will be in the air at noon ET and won’t conclude until a champion is crowned.