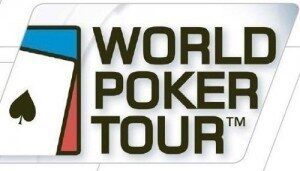 The WPT’s new deal with Holland Casino is indicative of a thawing of Holland’s attitude to online gambling as it opens itself up to reform. (Image: gamblingpost.com)

The World Poker Tour inked an exclusive four-year deal with Holland Casino this week, which will see the bwin.party-owned tournament series hold an annual WPT Main Tour and WPT National event in the Netherlands until 2019.

The WPT broke new ground when it held an inaugural WPT National event last year at the Holland Casino Valkenburg; the Dutch had formerly been reluctant to host stops of any of the major poker tours because of the participation of online poker sites as sponsors or organizers.

The country’s main domestic poker tournaments, The Amsterdam Master Classics and the Dutch Poker Open, have always been organized and hosted by Holland Casino, Holland’s only casino chain, which is wholly-owned by the state and surrenders all profits (when there are any) to the Treasury.

The new relationship with WPT is indicative of a thawing of Holland’s attitude to online gaming in general as the country embraces far-reaching reforms to its gambling laws. In January, the Dutch Ministry of Security and Justices announced a public consultation on a draft proposal of the Modernization Casinos Regime Act, which aims to regulate remote gaming, open up the land-based casino market to foreign companies and privatize Holland Casinos.

The bill is expected to be rubber-stamped soon and should come into force later this year. Experts predict that a regulated online environment would bring in €200 million in gross gaming revenue in its first year.

Under the new deal with the WPT, the WPT Amsterdam, will kick off May 11 at Holland Casino’s Venice of the North property. It features a €3,300 Main Event, as well as a €6,000 High Roller with unlimited reentry until the start of Day 2, and a €1,500 Big Stack with single reentry.

This will be followed in September by the WPT National Valkenburg, which will feature a €1,500 buy-in high roller tournament and a €750 buy-in main event.

“The Dutch have a rich history in poker, including various final table appearances on the World Poker Tour, and we look forward to creating more memories with top professionals and aspiring players alike over the next four years,” said WPT president Adam Pliska.

“After the first alliance for a WPT National in Valkenburg last year, it is the first time that the WPT Main Tour is in Holland, and therefore an important moment,” Holland Casino chief executive Willem-Jan van den Djissel. “WPT is one of the largest poker tours and a premier name in international poker. We are proud to host the tournament and are convinced that it will take poker to a higher level in the Netherlands.”