WPT Choctaw, the first major poker tournament since the WSOP concluded last month, went to 30-year-old poker pro James Mackey this week. He took home $681,758 for his efforts and joined the WPT Champions Club with his first career tour victory. 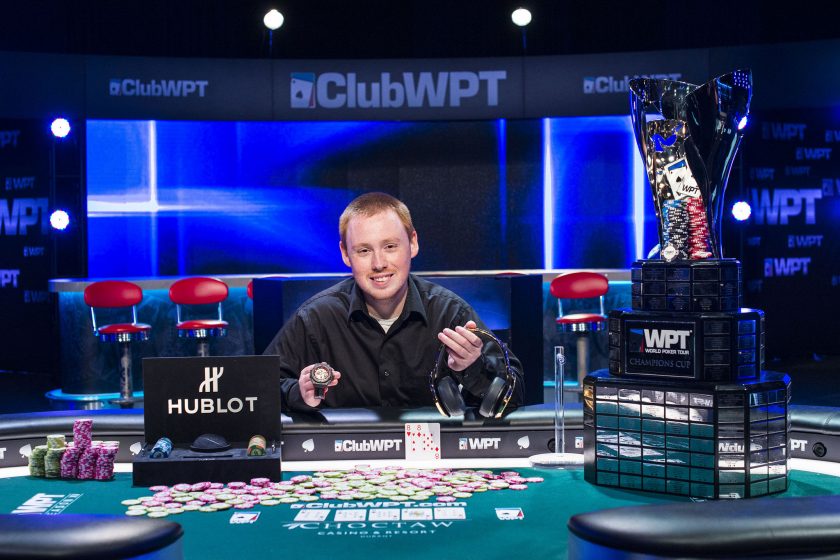 The Nevada resident now has more than $3.5 million in lifetime live poker tournament winnings. This was his first major tournament title since he won a WSOP bracelet in 2007 in a $5,000 No-Limit Hold’em event, which paid out $730,740, the biggest win of his career.

Mackey defeated Benjamin Zamani heads-up for the title. Afterwards, the champ took to Twitter to express a little bit of joy.

“Winner! Feels amazing to finally win a WPT after playing them for 10 years. Congrats to Ben on second he played great,” the six-figure winner posted.

When heads-up play began, the eventual champ had a slight chip advantage over Zamani. But his opponent simply didn’t pick up many hands. Mackey dominated the match and, after just 36 hands, put an end to this 1,066-player tournament in Durant, Oklahoma.

On the 36th and final hand of heads-up play, Zamani limped on the button with 5♣5♥. Mackey picked up 8♥8♦ and raised the 300,000 big blind to 1,00,000. In heads-up play, pocket pairs are monster hands, even pocket fives. So Mackey elected to shove his remaining 7.4 million chips into the pot and got a quick call from his opponent.

The flop ran out 8♠7♠6♠, giving Zamani some hope even though Mackey flopped a set. Hoping for a straight, the J♠ came on the turn instead, and Zamani now needed either another spade to chop or his open-ended straight to hit to double-up. Unfortunately for the former WPT champ and WSOP bracelet winner, the 6♥ turned over on the river. Game over.

Olivier Busquet, who last took first in an event in 2014 at the EPT Super High Roller in Barcelona, made a deep run at Choctaw. But not quite deep enough to score his second career WPT title (his only one thus far was in 2009 at the Borgata). He finished in 7th place, just one spot shy of the final table.

Busquet won $104,842 and now has $7,116,221 in lifetime live tournament winnings. The WPT Champions Club member is New York’s sixth-winningest player of all time. It’s unlikely he’ll ever catch up with Erik Seidel, who’s at $29,392,158 and rising, and holds the #1 spot for an Empire State player.

Busquet was among the chip leaders early on in Day Three, but wasn’t able to get anything going as the tournament approached the final table. Mackey was simply unstoppable on this day.

I was kind of wondering who won the Choctaw WPT tourney. We had bets the winner would do the great lakes circle tour. Playing in casinos along the way. Stopping at pier b resort along the way.