Will Berry will take a chip lead to the the final table of the WPT Choctaw when it resumes May 31 at the HyperX Esports Arena on the Las Vegas Strip. 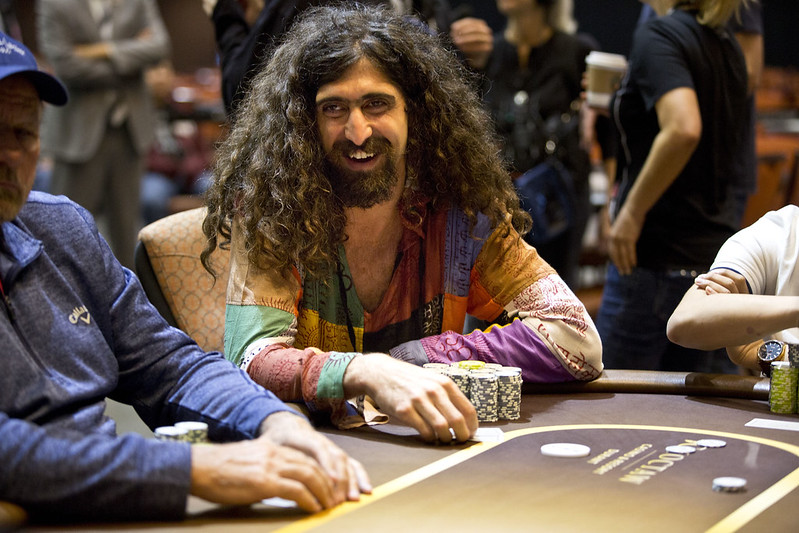 Joe Elpayaa (pictured), went out in eighth place ($46,250), two spots shy of the final table. But although he won’t win the tournament, he earned the award for best hair. Or, worst hair, depending on who you ask. His lettuce resembled that of comedic musician Weird Al Yankovich. We aren’t sure if that’s a compliment or not.

Dylan Linde busted on Day Two in 44th place ($8,495). He earned 50 points for Player of the Year, which were helpful, but he is running out of time to catch the leader, Erkut Yilmaz.

Yilmaz has 2,300 points with only one more event left – the Aria Summer Championship in Las Vegas May 27-31. Linde remains in second place just 150 points off the lead. He needed a seventh place finish at WPT Choctaw to force a tie for the lead. Sixth place or higher and he would have been alone in first place.

Down to Final Six at WPT Choctaw

After Elpayaa and his hair were eliminated in eighth place on Monday, the $3,700 buy-in WPT Choctaw was officially on the final table bubble. Soon after, Denny Tran ran into a sick cooler – pocket kings versus aces – and was sent home seventh place ($59,290) by Will Berry, who holds the chip lead.

Each of the final six players are guaranteed at least $76,890. But everyone left is playing for the $379,990 and to become a first-time World Poker Tour champion. There are no former champs still standing.

Play will resume May 31 at the Luxor in Las Vegas. This event will also be televised on Fox Sports at an undisclosed date in the future.