Day 1A at the second WPT Choctaw of the 2018-2019 had 234 runners with 86 advancing to Day Two. Among those chip baggers is 12 former World Poker Tour champions, unsurprisingly including Darren Elias, the tour’s all-time top performer. 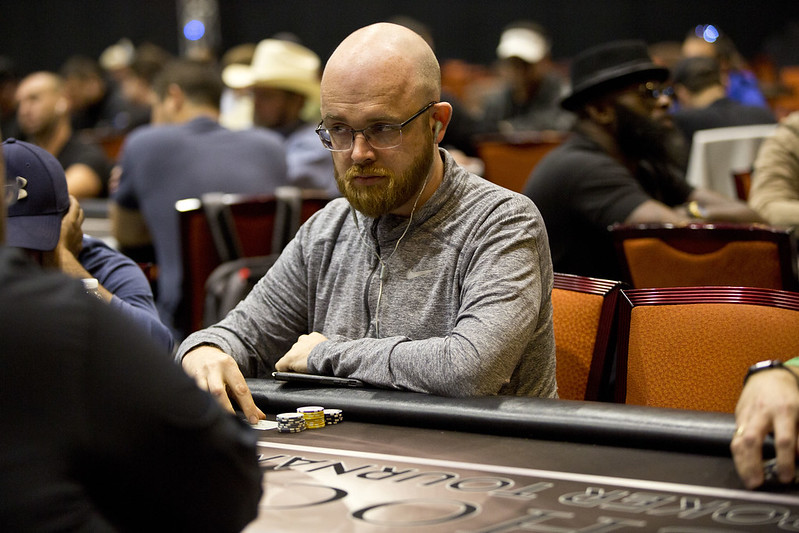 Dylan Linde, however, couldn’t make it through the first session. But given this is an unlimited re-entry tournament, he still has another crack at it on Saturday. And with only a slim margin keeping him out of the Player of the Year lead as the season winds down, he desperately needs a deep run.

It Isn’t Over Yet

Time isn’t on Linde’s side, but the prestigious Player of the Year award is still within reach. He trails Erkut Yilmaz by just 200 points, which is doable but he’ll likely need to either make the final table or come within a few spots to have a shot.

WPT Choctaw and the Aria Summer Championship are the final two events on the 2018-2019 schedule. That means it’s crunch time for the POY award. Yilmaz, who won both the Borgata Poker Open and Rolling Thunder, is in the driver’s seat with 2,300 points. But there are numerous players, especially Linde, who could still steal the title away in the final weeks.

Linde earned 1,400 of his 2,100 points for winning the Bellagio Five Diamond World Poker Classic in December for $1.6 million. He also finished fourth at Rolling Thunder for $95,000 and has two other small cashes on the season.

Given the importance of this event in the Player of the Year race, it’s safe to assume Linde will be back on Saturday firing another bullet.

Past Champions Crushing it at WPT Choctaw

Darren “The Phil Hellmuth of the WPT” Elias bagged a 82,500 on Friday night, which is far below chip leader Dave Alfa’s 414,000-chip stack. Rene Borbon ended the session with the smallest stack at 23,000.

Players are eligible to surrender a stack if they want to take another stab at it on Saturday. But they must determine that before re-entering and can’t bring their biggest stack to Day Two. Many talented pros and familiar faces on the World Poker Tour bagged quality-sized stacks on Friday.

Day 1B begins at noon CT on Saturday from Choctaw Casino in Durant, Oklahoma. Day Two starts at the same time on Sunday.

Thanks for the updates! 🙂
I remember watching some of these guys back on Fulltilt during the FTOPS series & $1k Monday