The World Poker Tour (WPT) was forced into an unprecedented move this week, due to political tensions between China, South Korea, and the US. 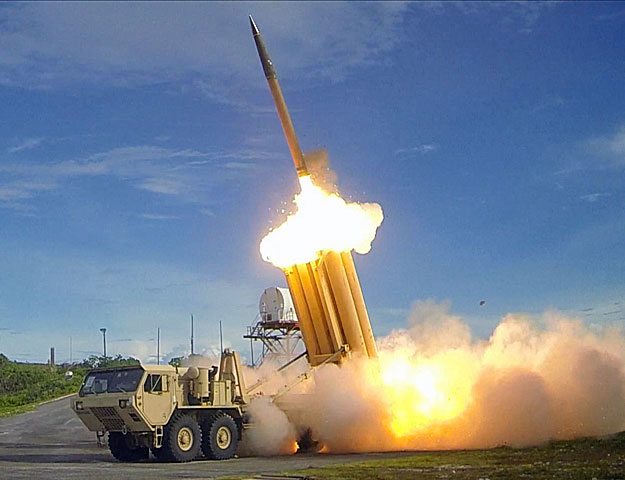 A dispute over a US nuclear defense system known as THAAD, which subsequently led China to ground many of its flights into South Korea, has forced the WPT to cancel a scheduled event there. (Image: derimot.no)

As part of its international roster of national events, the WPT was due to visit South Korea’s Paradise Casino at Jeju Grand between March 17 and 21. But concerns over tensions, as well as grounded flights into South Korea, pushed WPT organizers to cancel the tournament.

The source of the political dispute between China and South Korea is a US nuclear defense system known as THAAD. In a bid to intercept any potential threats from North Korea, the US has deployed the Terminal High Altitude Area Defense (THAAD) system from parts of South Korea.

China believes the satellites linked to the THAAD system could also be used to gather intelligence on its military maneuvers. Because of this, China has called for South Korea to stop the deployment of THAAD, in order to prevent any further unrest in the region.

South Korea has, so far, ignored those requests, which prompted the Chinese government to call for a blackout on business dealing with the country. Included in this blackout is a series of airline strikes by some of China’s largest carriers, which obviously would have a major impact on which players could have participated in any events in the Asian nation.

With the likes of Spring Airlines Co. cancelling flights from Ningbo, China, to Jeju Island, South Korea, the WPT was forced to cancel its national event. After making an announcement via its Facebook page on March 13, the tournament organizer quickly removed the event from its upcoming list of stops.

“Due to factors beyond our control, the World Poker Tour (WPT) today announced the cancellation of WPT National Korea scheduled for March 17-21, 2017, at Paradise Casino at Jeju Grand.

As you may be aware, several major airline carriers have suspended air travel in the region. In the best interest of our players, the event will no longer be taking place,” read the Facebook post.

Although the tournament may have been able to continue without the presence of Chinese players, the numbers would have been severely affected. In 2016, 14 of the 20 players who made the money were from China.

The last WPT National Korea in May 2016 saw 160 players ante-up $1,770+$177 to take part in the main event. On that occasion, China’s YiGuang Xu took home the trophy and $70,794, but eager players won’t have the opportunity to replicate that feat this year.

The National tour will now make its way to South Africa’s Emperors Palace on April 7.

THAAD aside, political tensions in the region may have also influenced the WPT’s decision. Just this week, South Korea’s scandal-ridden President Park Geun-hye left her palace, and apparently all nine of her dogs, following a massive corruption scandal that’s shaken the Western-friendly country to its core.

And the recent assassination of North Korean leader Kim Jong-Un’s half-brother, Kim Jong-nam, while at an airport in Malaysia, was just another in a long line of apparently ordered hits for anyone the North Korean dictator perceives to be a threat. Jong-nam was assassinated by a woman who covered his face with a reported nerve gas agent, which caused Jong-nam to die within a few hours.