The WPT Borgata Poker Open will be down to its “television table” when play begins on Friday, September 23 in Atlantic City. That means six players are left, all of whom are guaranteed at least $167,942. But all eyes will be on the $821,811 first-place prize, topped off by a tournament-ending toast with commentators Mike Sexton and Vince Van Patten, as well as the bodacious Royal Flush Girls.

Colombia’s top player Farid Jattin will be the overwhelming favorite heading into Day Five, given that he has 45 percent of the chips in play (15,735,000). 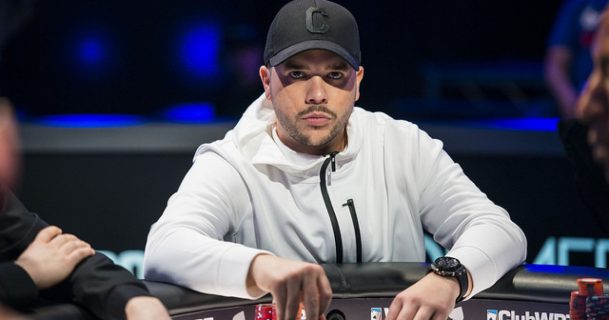 Day Five, which will be televised on Fox Sports at a later date, begins at 4 pm EST on Friday. WPT.com will stream the final table “live,” with a 30-minute delay. Kane Kalas, Jamie Kersetter, Michael Gagliano, and Nick Binger will handle the commentary.

The unofficial final table of 10 players began late afternoon on Thursday, with two former WSOP Main Event runners-up still in the game. John Racener, who finished second in 2010, went out in 9th place this go-round. Jesse Sylvia, the 2012 runner-up, is still alive, but has the smallest chip stack going into today’s play (3,035,000).

Racener has followed his runner-up Main Event finish with numerous deep major tournament runs. Sylvia, on the other hand, has not. The poker commentator (he’s done the Aria Super High Roller Bowl with Kara Scott, among other events) is now guaranteed with his final table status just his third six-figure score since losing heads-up to Greg Merson in 2012. Save for an impressive 2015 World Series of Poker, Sylvia’s best performances have been as a poker announcer.

But he will have an opportunity on Friday for another massive score. Although he has the smallest stack, one double-up and he’ll be back in second place. Zach Gruneberg won’t have to fight that hard: the Pennsylvanian with just under $850K in lifetime cashes enters Friday with the second-largest chip stack.

Get to Know the Chip Leader

Farid Jattin has such an overwhelming chip lead going into Friday’s play that it will take either some horrible luck or really poor play to screw this one up. But don’t count on the poor play.

The Colombian is an experienced pro now, with $2 million (if you include his minimum guaranteed score for this event) in live tournament winnings. He was already first on his country’s all-time winnings list even before this started.

Jattin is no stranger to WPT TV final tables, either: this is his third appearance in this spot. His most recent came in February at the LA Poker Classic, where he ultimately took 5th place.