Former world champion Joe McKeehen fell just short of the final table at the WPT Bestbet Bounty Scramble in Jacksonville. The 2015 WSOP Main Event winner was eliminated in ninth place, good for $31.648. But, he isn’t one of the six remaining players who will chase the $331,480 prize on Tuesday. Josh Kay will have the chip lead at when play resumes at 2 pm ET. 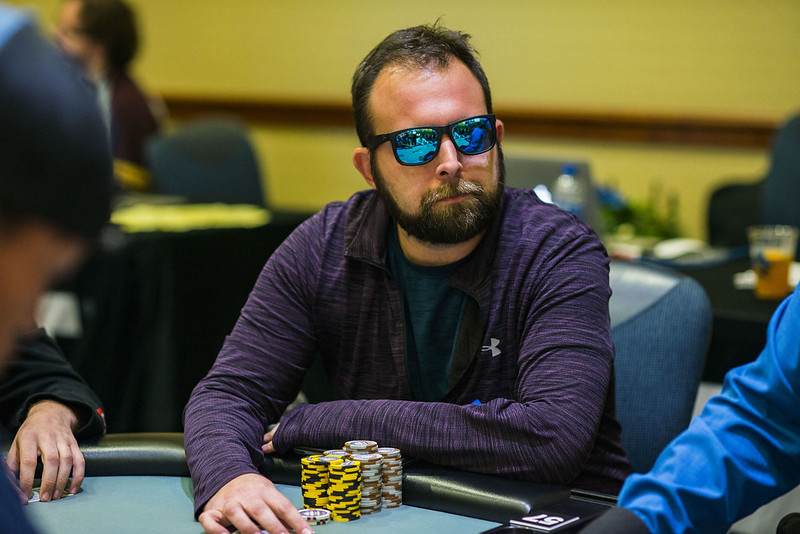 The $5,000 WPT Bestbet Bounty Scramble began on October 11 with 349 players, and is now down to the final six. Kay holds the chip lead, despite entering the final level on Monday with just 16 big blinds. He went on a spectacular heater, winning a few monster pots to finish out the session.

The biggest hand was also the final hand of the day. Kay, holding pocket queens, put Carlos Guerrero all-in for about 1.7 million. Guerrero pondered his decision with A-K for a minute before making the call. The board ran out 8-7-3-2-9, giving Kay the biggest pot of the tournament, and Guerrero a trip home in seventh place ($51,274).

Dana Cowles was eliminated by Jonathan Cronin moments before that hand. Cowles, who held 10-8 of spades, flopped a flush draw on an 4-7-A flop, and then hit running trips to take down a monster pot. Cowles received $40,039 for eighth place.

McKeehen, one of the best live, large-field tournament players in the world, took a bad beat to bust in ninth place ($31,648) against Lee. The 2015 world champion lost with pocket kings against A-Q when the board ran out J-8-10-10-A, giving his opponent a better two pair with aces up.

None of the final table members are past Main Tour winners on the World Poker Tour. Cronin has a chance to become just the second player ever to win both a WPTDeepStacks and WPT Main Tour title. He won the WPT DeepStacks Jacksonville in March for $107,386.