The WPT Bay 101 Shooting Star series has concluded in San Jose, California. A former WSOP champ got richer, a popular female poker pro came oh-so-close to victory, and a German player was the biggest winner. 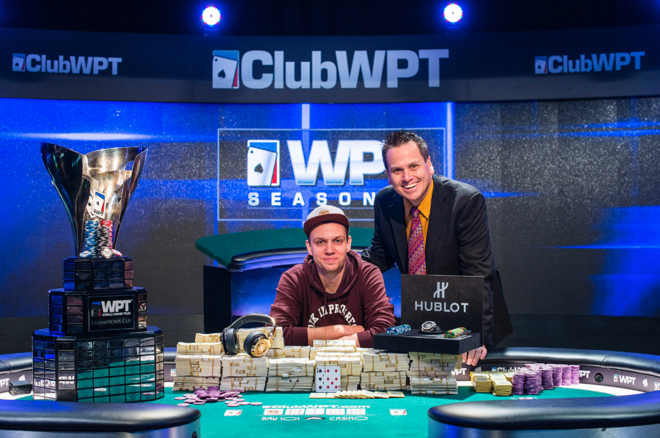 Joe McKeehen, a mere four months removed from being crowned world champion at the World Series Main Event for 2015, picked up another solid victory in a $25,000 high-roller event. McKeehen defeated Bryon Kaverman, the 2015 Global Poker Index’s top-ranked player, in a heads-up battle.

This was the champ’s third big score since winning $7.6 million in the WSOP Main Event last November. In January, McKeehen won more than $1.2 million in a super high-roller tournament at the 2016 PCA in the Bahamas.

As Ricky Bobby so affectionately said in the movie Talladega Nights, “if you’re not first, you’re last.” Adam Geyer may or may not agree with that.

But he will agree that the $752,800 he won for 2nd place in the Bay 101 Main Event will help his bankroll.  Of course, he would probably much rather be Germany’s Stefan Schillhabel right about now.

Schillhabel won the event, beating out 752 other players who ponied up the $7,500 entrance fee. He earned $1,298,000 for his efforts, the biggest win of his already impressive career.

Schillhabel had a massive lead heading into the final table. His 8.7 million chips were 3.5 million more than his closest competitor, Griffin Paul. Paul finished in 5th place.

Ho First Out on Final Table

Maria Ho, one of the top female poker players in the world, entered the final table with a healthy chip stack (3.1 million, good enough for third), but had a rough final day.

The two competitors fought hard for 102 hands before Schillhabel finally finished him off and was crowned WPT Bay 101 Shooting Star champion. This is the first major poker tournament win of Schillhabel’s career.

Schillhabel is now a World Poker Tour champion and will be automatically entered in the WPT Tournament of Champions event at the Seminole Hard Rock Hotel & Casino in Hollywood, Florida next month.