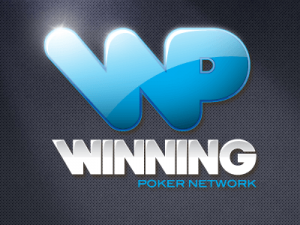 A Winning Poker Network DDoS attack caused the cancellation of an ambitious $1 million tournament on the Internet site . (Image: WPN)

The Winning Poker Network (WPN) was forced to cancel its $1 million guaranteed prize pool tournament on Sunday, after an apparent distributed denial-of-service (DDoS) attack caused disruptions and connectivity issues for players participating in the event.

While the tournament had been running for several hours, late registration was still open, so all players were refunded their buy-ins and entry fees in accordance with network policy.

The tournament was an ambitious effort by WPN, a network that includes America’s Cardroom, to bring a major online poker tournament to US players. It was billed as the first $1 million event in American online poker in nearly four years, as the events of Black Friday had more or less put an end to such prize pools in the country.

With a $500 + $40 buy-in and entry fee, the tournament needed 2,000 players to meet the prize guarantee (without dipping into the entry fees), and it appeared likely to do so. When the tournament was finally cancelled, 1,937 players had registered, and there were still about 45 minutes left in the late registration period.

According to reports, the event was cancelled after less than five hours of play, though some players have said closer to 5.5 hours had elapsed by the time it was officially cancelled. Given how long the tournament had been running, a substantial number of players had already been eliminated; on the TwoPlusTwo.com forums, some players said they had hoped for some sort of chip split or ICM chop among the remaining players, given the large stacks they had accumulated in the first few hours of play.

After the tournament, WPN CEO Phil Payton streamed a broadcast live on Twitch.tv to address the cancellation.

“Call it a conspiracy, call it what you want, a lot of online poker sites have had Internet connectivity issues,” a clearly disappointed and frustrated Payton said. Payton referenced the fact that tournament issues were caused by DDoS attacks last weekend, but had seemed to clear up in the days before the big event. Whoever was causing the Internet disconnections was waiting for the million,” Payton said. “The second that it started, it started.”

According to Payton, he and his staff initially tried to fight through it, but eventually came to the conclusion that it simply wasn’t fair to players who might be disconnected during key hands.

“If it happened again tomorrow, I’d do the same thing,” he added.

As Payton referenced, there have been an increasing number of DDoS attacks across online poker and the Internet at large. Just days earlier, players were suspicious about the possibility of DDoS attacks being used to disconnect opponents for the benefit of a specific player. Swedish operator Svenska Spel also had to cancel some poker tournaments last month following similar attacks and a massive Internet collapse in Sweden just last week is also blamed on DDoS hackers.

In the end, given that the issues gave some players an advantage, Payton said that he was happy to stand by his decision, even if it was unpopular.

“It doesn’t matter if you like it or not,” Payton said in response to questions about the decision at the end of his broadcast on Twitch. “It was fair.”

In my opinion i think the man in this position had a great responsibility in wich i’m glad that it wasnt me!! But overall his decision to end the tourney with a responsibility and out of respect for [ every ] Player was the right one far as being fair to each and everyone . That way there wasnt any outside influence to add or decrease someones stack of chips A+ decision in my book!!! Phil Payton