World Series of Poker and Baseball in Vegas at Same Time?
May 29, 2021 Vegas Lifestyle

World Series of Poker and Baseball in Las Vegas at the Same Time?

The Las Vegas Athletics competing in the Fall Classic in Las Vegas during the World Series of Poker? If rumors around Major League Baseball are accurate, it isn’t a far-fetched fantasy down the road. 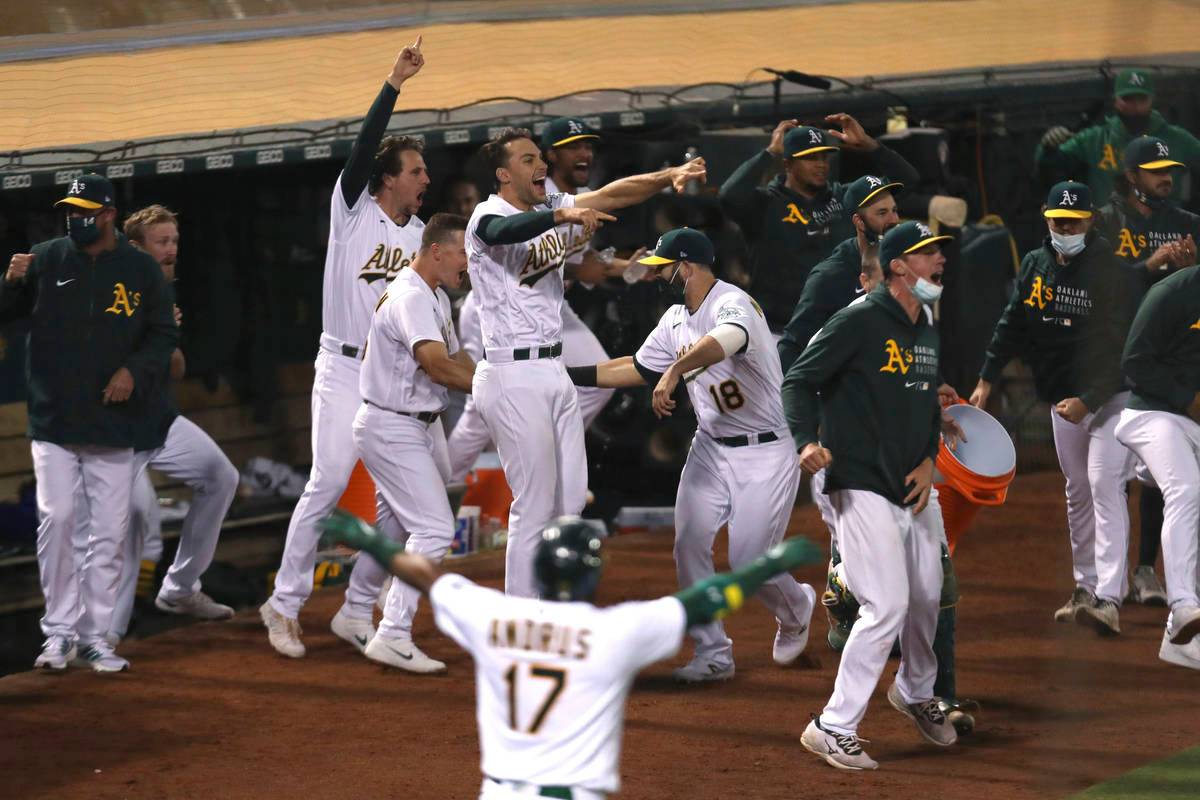 Can you say, “the Las Vegas Athletics?” (Image: yournews.com)

The A’s (short for “Athletics”) have a home, the city of Oakland, where they’ve competed since moving out West from Kansas City in 1968. And the franchise has been quite successful on the field, having reached the postseason 11 times since 2000. But that’s about the only positive to the A’s playing in the Bay Area.

Despite being a perennial playoff contender, Oakland’s attendance is, well, downright pitiful. The A’s averaged just 20,626 fans per game in 2019, less than half of stadium capacity, more than 7,000 below the league average. Across the Bay in San Francisco, the Giants drew over 33,000 fans per game in a year the team failed to reach the postseason.

Part of Oakland’s problem in getting butts in the seats is competition with the Giants, and the rest is the result of playing in what would be widely considered the worst stadium in baseball (Oakland Coliseum) if not for the eyesore that is Tropicana Field in Tampa Bay, home to the Rays. And that is exactly why the team is openly considering a move elsewhere, potentially to Las Vegas.

In 2020, the NFL’s Oakland Raiders ditched town to Las Vegas due to the city refusing to provide the team with a more appealing stadium. The Raiders also played at the Oakland Coliseum, and now play at Allegiant Stadium, a stones throw from the Las Vegas Strip.

Two Big Events in One Town at the Same Time

Oakland A’s president Dave Kaval sent out a tweet that led to some criticism from the team’s fan base. He praised the attendance at a Vegas Golden Knights playoff game amid rumors the A’s are considering a move to Las Vegas.

He then continued to throw fuel to the fire in an interview with the Bay Area’s KTVU News. The A’s executive not only didn’t apologize for the tweet, but went even further.

“I think it’s important to remember that we’re on parallel paths here,” Kaval said. “One, we have an effort in Oakland, five years, even 20 years in the making, to bring a waterfront ballpark to fruition. And we’ve also been directed by the league to explore other markets, specifically Southern Nevada and Las Vegas, and so we’re doing both those things.”

Kaval, like Raiders owner Mark Davis, has publicly made it clear that if the city of Oakland doesn’t build the team a new stadium, he will strongly consider other options, and the Las Vegas Review-Journal reports the only city the team is seriously considering is Las Vegas.

Don’t count on Oakland building the storied baseball franchise a new stadium. When Davis threatened to leave down in 2016, the city did little to convince the team to stick around.

So, there is a chance Las Vegas could have two World Series running at the same time. Of course, that depends on what the A’s do and if the WSOP moves to the fall permanently. The 2021 World Series of Poker will take place throughout the months of October and November as opposed to its normal summer slot. Some poker fans would like to see the series permanently move to the fall due to more tolerable weather that time of year. If the WSOP is successful this year, it could happen.