World Series of Poker Highlights and Lowlights for 2015 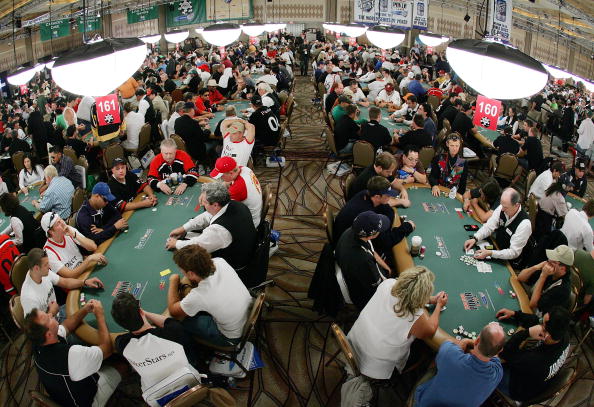 The 2015 WSOP had many ups, downs, strange moments, and controversies, but it was an exciting event season. (Image: Ethan Miller/Getty)

The 2015 World Series of Poker will never be forgotten. It was one of the most intriguing and exciting years that the Series has ever seen.

When all was said and done, Joe McKeehen was the last of the 68 WSOP tournament winners in Las Vegas this past year. McKeehen, crowned world champion after winning the Main Event in November, became nearly $7.7 million richer with that takedown.

His victory may have been the last and most meaningful at this year’s WSOP, but it was far from the only one worth mentioning.

Event #5, the first-ever “Colossus,” attracted the largest live poker tournament field in history. More than 22,000 participants took a shot at this exciting event.

After five days of lengthy sessions, Cord Garcia won the bracelet and the $638,830 that went with it. Garcia had never previously cashed in a WSOP event.

Breaking records wasn’t the only storyline during the Colossus, though. Many criticized the WSOP for the way the organization handled this event.

With so many players during each day of play, there simply weren’t enough bathrooms available, especially for the guys, at the Rio during breaks. Lines to get in the restrooms were longer than at a Metallica concert.

Another issue had to do with the disclosure, or lack thereof, of payouts prior to the start of the tournament. Few players had any idea how much each slot paid until right up until the tournament approached the bubble.

The WSOP was heavily criticized for that failure to inform. Most expected the winner of the Colossus to take home more than $1 million, but when payouts were announced, those at the Rio were surprised to see first place paid well below $700,000.

Until 2015, every WSOP event had been played in a live casino. That all changed when the first-ever online bracelet event took place last summer.

The buy-in was $1,000, and more than 1,000 players were expected to log into WSOP.com to give it a shot. Unfortunately, the event fell well short of expectations, but was still a success. 905 players signed-up to play online. The final six players competed live at the Rio.

Anthony Spinella became the first online bracelet winner. He earned $197,743 for his efforts. Some big names such as Mike Gordoinsky (2015 WSOP Player of the Year), Shannon Shorr, and Dutch Boyd finished in the money.

Daniel Negreanu, one of poker’s most popular players, made a deep run in the Main Event. With nearly the entire poker community cheering him on, Negreanu was on the verge of achieving the final table.

Negreanu being a November Niner would have done wonders for poker. He is a top ambassador for the game. Unfortunately, Daniel came up a bit short. On Day Seven, he went all in against eventual champion Joe McKeehen with the best hand on the flop, but it didn’t hold up.

Negreanu finished in 11th place. In fairness, McKeehen ran like a god in this event, besides playing near-perfect poker. Even the mighty Canuck couldn’t push back against those assets this time.

2010 Main Event champion Jonathan Duhamel won his third career bracelet in the $111,111 buy-in High Roller for the ONE DROP event.

Winning his third bracelet was arguably more impressive, though, because high roller events have a higher percentage of top players. Phil Hellmuth entered the final table as the chip leader, but completely imploded for everyone to see. Hellmuth ended up in 6th place and failed to increase his 14-bracelet record.

Perhaps the strangest moment from the 2015 WSOP came when Christian Pham won a $1,500 No Limit Deuce-to-Seven Lowball event in June.

Pham earned $81,314 and, after winning, claimed he didn’t even mean to enter this event and had never played Deuce-to-Seven before.

Whether or not he truly did intend to register for a $1,500 Hold’em tournament instead, or if he played “dumb” to trick his opponents, this was a fascinating story.

The 2015 World Series of Poker will go down as a year of controversy, innovation, and breaking records. 2016, you’re going to have to work extremely hard to top that.

Love the coverage that Poker is having over the last 2 years, with the old guard duo of Phil H and Daniel N.
As well as the new guard, in the form of James Hartigan and Joe Stapleton!
Brillant and entertaining.
Keep it up Poker World! 🙂

Has James Hartigan and Joe Stapleton, won any awards, for services to Poker?