World Series of Poker 2016:  What to Watch for During the Series’ 47th Edition

It’s almost here: on May 31, the World Series of Poker 2016 opens its doors at the Rio in Las Vegas, and another year of memorable play and amusing histrionics no doubt beckon. 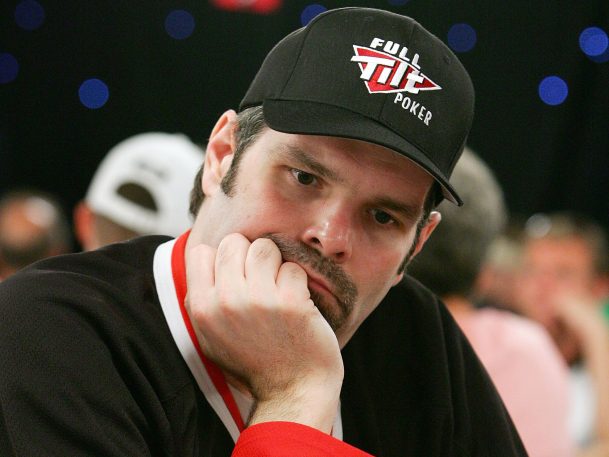 Will the notorious Howard Lederer show up to compete in the 2016 World Series of Poker? Everyone is buzzing about it and waiting to see. (Image: Ethan Miller/Getty)

For those already in town and for locals here on Tuesday, there’s a Mega Satellite for the Colossus II, the popular event that’s returning for its second year. Cash games will kick off as well, but overall, it’s likely to be a quietish day at the WSOP HQ on its opening day.

Then on June 1, along with more Colossus Mega Satellites, the annual gaming industry poker event of the year, the Casino Employees $565 NL Hold’em event, kicks off, and the series moves into second gear.

But it’s on June 2 that play kicks off to the general public with Colossus II.

Last year’s event, which costs $565 to enter, set a live tournament entrance record with 22,374 participants. Will the 2016 Colossus surpass that number? You’ll have to tune in next week to find out.

There will be 69 events in all, and as always, the Series will conclude with the $10K NL Main Event, which is the most important poker tournament of the year, every year. Joe McKeehen, who took home $7.68 million (before taxes) at last year’s ME, is the defending champ.

Will He Ever Return?

The main topic of discussion on Internet forums and social media heading into the summer has been the infamous Howard Lederer. Rumors have been swirling around the web for weeks that The Professor plans to compete in the WSOP this year.

He hasn’t done so since 2011, after going into hiding following the Full Tilt Poker Black Friday scandal. And even now, Lederer remains one of the most reviled men in poker. He received millions of dollars in bonuses as an executive of FTP, while his customers waited years to be paid back after the PokerStars buyout by the Garden City Group administrators..

Howard recently issued an apology, published on Daniel Negreanu’s blog. Poker fans have been sounding off online with their opinions on whether or not Lederer should be welcomed back into the fold. Most haven’t accepted his apology, but it will be interesting to see if he actually does show up at the Rio.

Last year’s Colossus set a record for most participants in a live tournament, but the event didn’t go as smoothly as some desired. With so many players, many had to wait hours to get paid, didn’t have time to use the restrooms during break, couldn’t get a taxi at the end of the day, and were forced to wait in long lines to sign up.

The WSOP staff has made some changes this year to help alleviate the problem. First off, players can now sign up for WSOP events online via credit card. Then, when they arrive at the Rio, instead of standing in line at the ticket window, they can print off tournament tickets at one of the brand new print-only kiosks.

And after busting out of a tournament, players won’t have to stand in line for hours. Instead, they will receive a text message when their payout is ready.

There probably isn’t anyone in the world more obsessed with winning WSOP gold bracelets than Phil Hellmuth. The Poker Brat already has 14, a record. But he wants more.

If he wins one this year, he’ll have five more than anyone else. Doyle Brunson, Johnny Chan, and Phil Ivey have 10 each. Hellmuth might have competition for the record, if Ivey were as obsessed with winning bracelets as he is.

But, alas, the other Phil is more concerned with high stakes cash games, many in Macau, these days. And his seemingly never-ending litigation with both Crockford’s in London and the Borgata in Atlantic City over his infamous edge-sorting baccarat saga, of course.

Starting Early Not to Everyone’s Liking

ME champ Joe McKeehen isn’t too happy about the new WSOP event start times. Previously, tournaments kicked off at noon, but this year’s series will feature 11:00 am start times.

According to McKeehen, without any verifiable proof whatsoever, the media forced this change on the WSOP. Basically everyone involved in series planning, including Daniel Negreanu, disputes his claims.

That hasn’t stopped the 2015 Main Event champ from blasting the media and WSOP staff repeatedly on Twitter for the past two months. Apparently, 11:00 in the morning is just too early for a poker player to be ready to play, per the defending champ. We’ll see if he’s able to survive such harsh First World problems.

Be sure to join us here for daily first-hand event coverage and insights into the World Series of Poker 2016.