Every World Cup sees surprises from the very start, with some pre-tournament favorites proving to be more vulnerable than fans expected. But few tournaments have had as many early surprises as we’ve seen in Russia 2018, with nearly every major contender struggling to some extent. 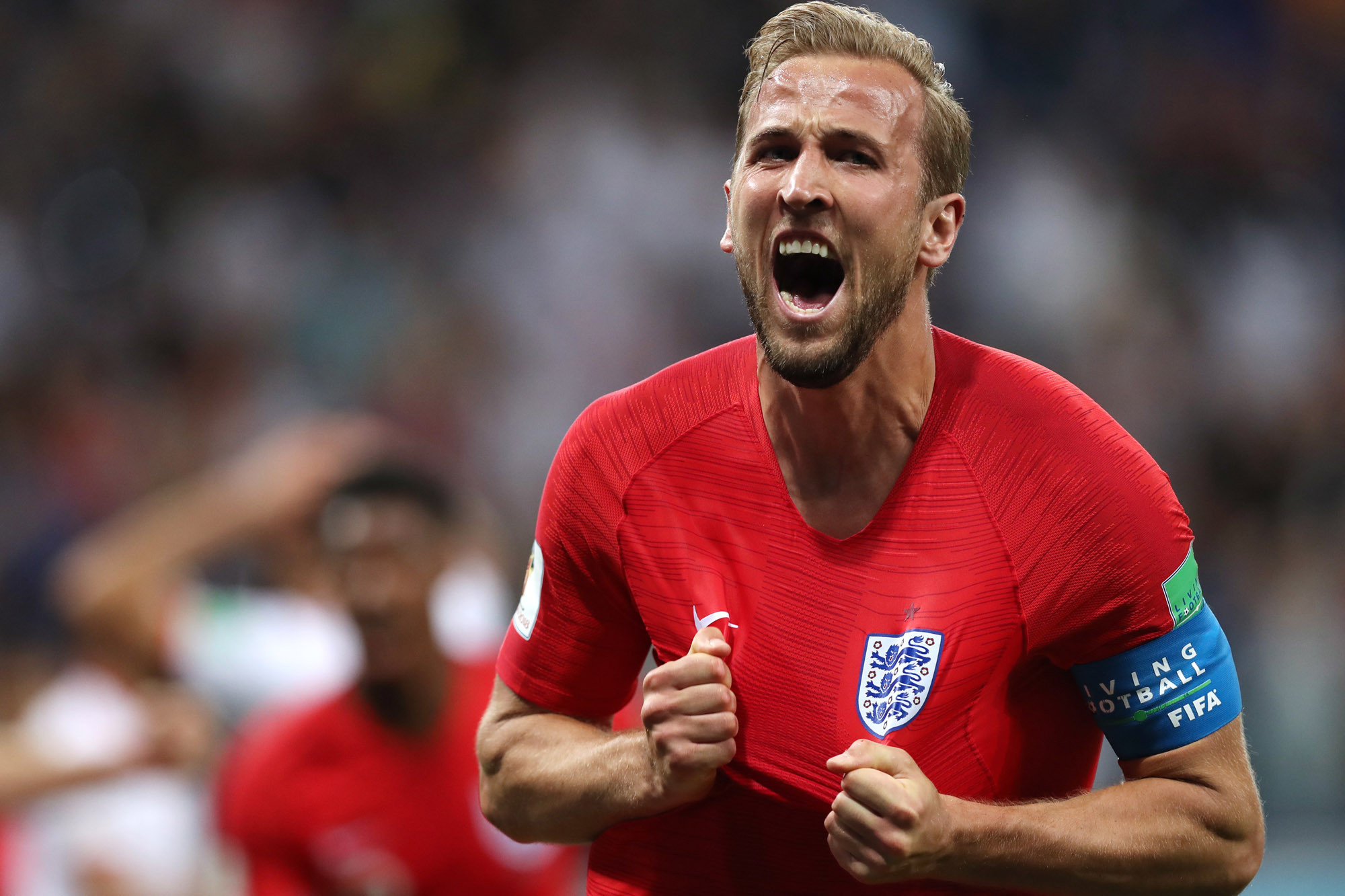 Harry Kane celebrates after his second goal against Tunisia in the 91st minute led to England squeaking out a win on Monday. (Image: Getty)

With uncertainty around traditional powerhouses, and other sides exceeding expectations in their opening games, the World Cup odds have been shaken up in the early going.

While there’s still plenty of time for things to change, our first look at each team has provided some insight into what we can expect over the next month.

The Good: England and Belgium Impress

Two of the most encouraging results so far have come from second-tier contenders who came to Russia looking for a World Cup victory, but which were considered outsiders when compared to the true favorites.

Belgium was a trendy choice to compete for a title in 2014, and they came into the 2018 tournament with the same reputation as a talented team that had never quite put things together enough to compete with the best teams in the world. But this year’s group stage started about as well as it could for the Belgians, who scored three second half goals to earn a comfortable 3-0 win over Panama.

While Belgium was expected to take care of business, the squad looked particularly impressive, prompting oddsmakers to boost their odds a bit. At Ladbrokes, Belgium is now given 8/1 odds of winning the tournament, putting them among the top five picks to win the World Cup this year.

England (10/1) didn’t post quite as impressive a score line, needing a late Harry Kane goal to get past Tunisia 2-1. But there’s no doubt that the Three Lions were in complete control of the action for most of the game, so despite some trouble finishing, it looks like England could be for real this time around.

Germany came into the World Cup not only as the defending champions, but also as one of the two co-favorites along with Brazil. But that status changed after a shocking 1-0 loss to Mexico (40/1), a result that is already threatening to ruin plenty of World Cup brackets.

The Germans are still widely expected to handle their business in Group F, as wins against Sweden and South Korea would virtually guarantee their advancement to the knockout rounds. But a disappointing start has dropped their odds to 8/1 after opening at 5/1 or less at most sportsbooks.

The Unknown: How Much Do Shaky Starts Mean?

Other favorites avoided losing their first match, but weren’t exactly impressive either. Right after Germany’s stunning defeat, Brazil only managed a 1-1 draw with Switzerland. That left the Brazilians as a 4/1 favorite after their odds had briefly shortened following the Germany loss.

Spain (9/2) moved up to the second favorite position despite only earning a 3-3 draw against Portugal (18/1). Bettors might be encouraged by the fact that Spain suffered some bad luck – including an uncharacteristic blunder by goalkeeper David de Gea – and still managed to get a point after Cristiano Ronaldo scored a hat trick against them.

France (15/2) has become the third choice after a 2-1 win over Australia. While it wasn’t the most impressive victory, a win is a win, especially when so many other favorites failed to earn a victory in their debut matches.

Argentina also struggled in a 1-1 draw with tournament darlings Iceland, with Lionel Messi failing to convert a penalty kick in the second half. That was enough for bookmakers to question their chances, though at 11/1, Argentina is still among the nations expected to make a deep run over the next few weeks.

It is early stage, so we have always surprises and like always be in the end, one of the favorites are winning World Championship. We always hope and make dreams about our team in early stages, then in knockout phase these Monsters are wake up. I am be in seven heaven to see my Croats maybe on throne, fantastic Portugal with beast Ronaldo or golden generation of Belgium, maybe Lions from England, who knows?