Day 36 of the 2017 World Series of Poker was a busy one, as four different events played down to a winner inside the Rio. Meanwhile, the $50,000 Poker Players Championship played down to a final table, which saw perhaps the most famous poker player in the world finish the day in the chip lead. 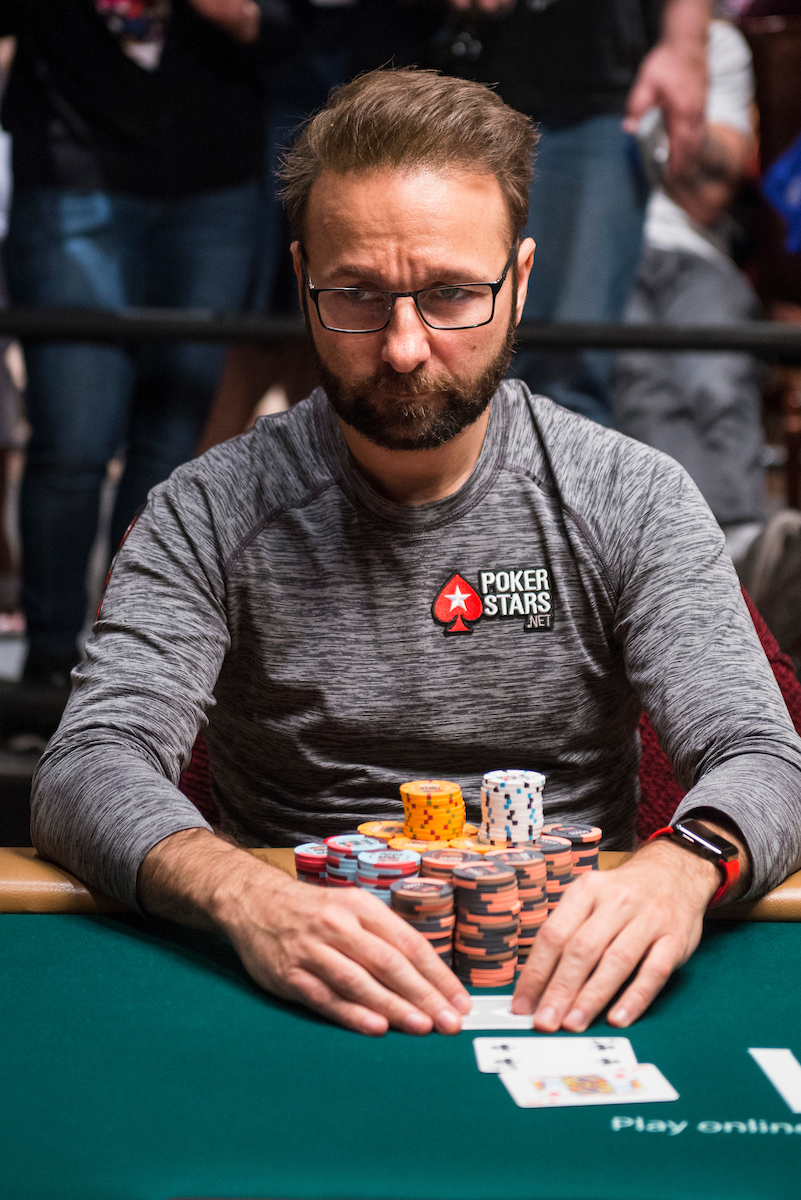 For Daniel Negreanu, protecting his stack is serious business with the chip lead in the $50k Players Championship and the Chip Reese trophy on the line. (Image: Jayne Furman / PokerPhotoArchive.com)

Event #62, $50,000 Poker Players Championship, began with 100 players and is down to the final table of six. Out front is none other than Daniel Negreanu, who is in search of his seventh gold bracelet, and maybe enough points to put him near the top of the WSOP Player of the Year leaderboard.

The final six players will return at 2 pm PT on Thursday to play down to a winner.

An impromptu fourth day in Event #60, $888 Crazy Eights No-Limit Hold’em 8-Handed, was needed to accommodate the heads-up match between Alexandru Papazian and Kilian Kramer, the final two players in an 8,120-entry field. Papazian returned to the felt with a healthy chip lead, which he maintained to capture his first bracelet and a numerically clever $888,888 top prize.

The 28-year-old pro also became the first player from Romania to capture a WSOP gold bracelet, and by proxy the victory made him the country’s leading all-time money winner.

“I do care about being the first one from my country to win a bracelet,” Papazian told WSOP officials after the win. “I’m super happy for it. I’m hoping it won’t be the last one for Romanians, and that there’s more to come. You’re going to see us around.”

“It’s surreal,” Divine said after the win. “I’ve been dreaming of a WSOP bracelet since I was a teenager. I’ve been an off-and-on pro. I haven’t been a [full time] pro. I’ve had twins, since 2014. This was only my second bracelet event, along with the online $333 … It solidifies everything. My family, my wife, they’ve supported me forever.”

That’s because in 2013, Langrock won the German version of Who Wants to Be a Millionaire for $1 million.

To claim the gold bracelet, Langrock had to defeat friend of CardsChat Ryan Laplante, who last year captured a PLO bracelet of his own.

“This is my fifth year here in Vegas,” Langrock told WSOP officials. “I’ve been here five consecutive years. And the first time was pretty tough. I could not adapt at all and my game was bad. I specialized in PLO the last two years. In these years, you get to know many poker players, better players and I finally got to know some very good players. They helped me a lot and I improved my game a lot. Every year I think ‘How bad was I 12 months ago?’ And this time it’s like I feel I’m close to the peak now.”

Another Bracelet for Israel

He defeated Ognjen Sekularac in heads-up play. By doing so, he stopped Sekularac from becoming the first-ever player from Serbia to win a bracelet.

Among those to fall on Day 1 were Brandon Shack-Harris, Mohsin Charania, and Shaun Deeb.

Two new events will kick off on Thursday.

Four hours later, at 3 pm PT, Event #69, $1,500 Razz will offer players one of their final chances to play a non-hold’em bracelet tournament this summer.