Although ESPN and PokerGo have given Joe Cada little air time during the 2018 WSOP Main Event, the 2009 world champion is quietly in position, after Day 6, to potentially pull off what just might be arguably the most impressive feat in poker history: Winning the Main Event twice in the post-Moneymaker era. 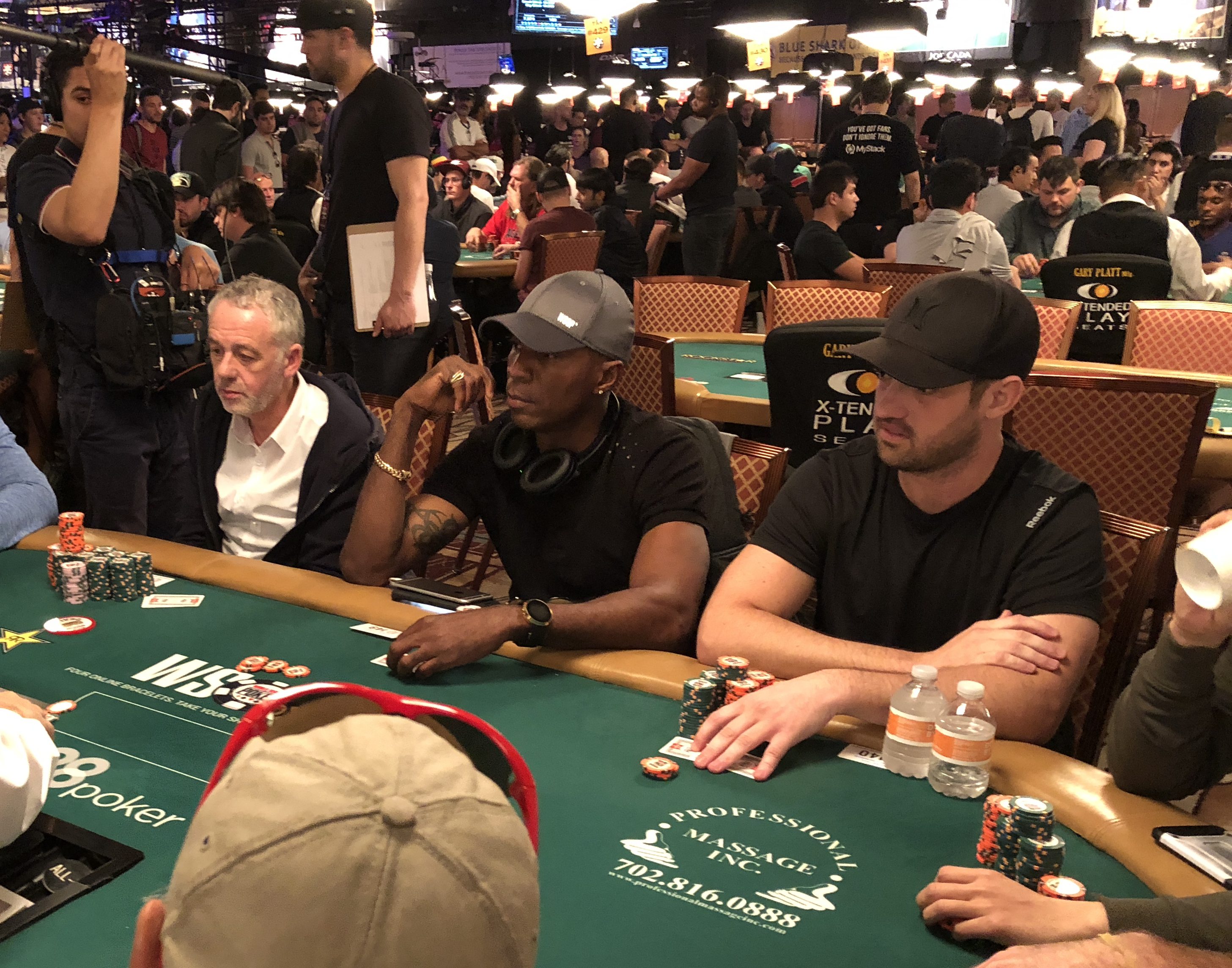 Joe Cada (right), the 2009 champion, made Day 7 of the 2018 WSOP Main Event, and has poker fans buzzing about the potential thrill of seeing a repeat Main Event winner. (Image: CardsChat News)

In a tournament that started with 7,874 players, Cada is one of 26 remaining. He’s in 19th chip position. Sylvain Loosli, the 2013 4th place finisher, is the only other former November Niner remaining, and he’ll start Day 7 in 17th place.

Cada and Eric Froehlich are the only two-time bracelet winners still alive, and only two others, Yueqi Zhu and Ivan Luca, have a WSOP title to their name.

Play will resume at noon PT on Wednesday, and the session won’t conclude until the tournament has reached a final table of nine.

Can He Do it Again?

The odds of even a talented player winning the Main Event once in a lifetime are slim in the post-Moneymaker. The odds of doing it twice are astronomical, yet here we are one session away from the final table, and Cada is again in contention.

Yet, despite his incredible run, he’s been a bit of an afterthought on television and during live reporting on WSOP.com. When asking ESPN poker announcer Norman Chad why players most poker fans have never heard of are getting more coverage than the biggest name left in the field, he shrugged, “Alas, I do not have an answer on that one.”

On Day 5, Cada wasn’t seated at any of the three final tables but finally made his way to one of two feature side tables on Day 6, but still not the main feature table where most hands are shown.

Cada, who won a bracelet this summer in the $3,000 No-Limit Hold’em Shootout, defeated 6,494 players in 2009 at age 21 to become the youngest Main Event champion ever. He’s already outlasted more players in this year’s field, and has proven his victory nine years ago was no fluke.

Moss essentially won a single-table sit-n-go to claim his first two Main Event bracelets. Cada, on the other hand, has gone through massive fields twice and, if he wins the tournament, many will argue it is the greatest accomplishment in poker history.

How does Cada’s performance so far in 2018 compare? We’ll let you be the judge.

Moving on to Crucial Day 7

The remaining 26 players are all guaranteed at least $230,475, but the pay jumps are about to get serious. The final nine each receive at least $1 million, with $8.8 going to the winner and $5 million to the runner-up.

Cada, like he’s been for much of this tournament, is among the shortest stacks (8,850,000), but he’s familiar with this situation. Heading into the 2009 final table, he was a short stack but gradually built it back up before outlasting a tough final table that included Phil Ivey.

2 World Championships in his career??? that would look perfect in his Bio. Despite the short stack, I’m pretty sure he can pull it off, he did once, he can do it again. If he won the world championship this year, It’ll be a lifetime achievement to win 2 world championships!
Best of Luck to JOE!!!!

WOw I havent heard this name since maybe 2011, He smoked my man Darvin Moon in 2009. More impressive he just comes out of the silence and is top 26.