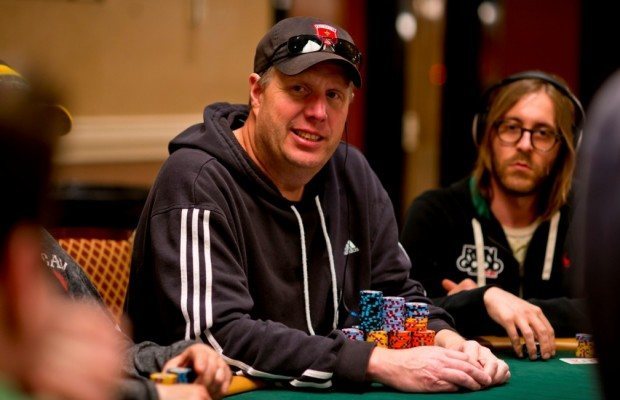 Wisconsin poker: WSOP Main Event casher Mark Kroon had sought a declaratory judgment on the legality of the game in his home state where he had spread games at his tavern. The ruling was not the one he wanted. (Image: poker.co.uk.)

Wisconsin poker will have to remain in the realm of tribal casinos for now, after a state judge’s ruling upheld a longstanding but obscure law on the books in the Badger State.

A grassroots, player-funded push to legalize poker in Wisconsin has been dismissed by a sympathetic judge, who said that, ultimately, when it came down to the letter of the law, his hands were tied.

As reported here last week, the campaign to have poker legalized in the state, on the grounds that it is a game where skill outweighs luck, was spearheaded by poker player and sports bar owner Mark Kroon.

Kroon incidentally finished 43rd in this year’s Main Event for $164,086, but his pursuit of poker freedom in the courtrooms of Wisconsin has not been quite so successful.

The poker player was moved to challenge state law after the Department of Justice contacted him to warn him to stop offering small-stakes poker tournaments at his bar in Madison. This, in the city that spawned  WSOP 14-bracelet winner Phil Hellmuth himself.

Despite that illustrious claim to fame, gambling is illegal in the state, with the exception of that which is conducted at tribal casinos, some of which do offer poker, and through state lotteries, charitable bingo games, and state-licensed parimutuel racing facilities.

Teaming up with a state representative of the Poker Players Alliance, Steve Verrett, Kroon was able to raise $10,000 in donations from players to hire a lawyer and launch his challenge.

The plaintiffs argument centered on the fact that Wisconsin law defines gambling as a bet between two parties that is “dependent upon chance even though accompanied by some skill.”

The poker players had hoped that their star witness, Robert Hannum, a professor of risk analysis at the University of Denver, would give them the edge in the case. Hannum, citing a study of over one-billion hands of online poker, was able to attest that skill predominates over luck in the long-term.

The players were seeking a declaratory judgment on the issue, and that’s exactly what they received from Judge Richard Niess, who summed up his ruling in around four minutes. Because of a legal precedent, a case from 1964 known as the State v. Morrissy, which upheld the conviction of a bar owner who had been convicted for running poker games, there was very little he could do, said Niess.

In that case, it was established that poker was gambling, and that running poker games for money was illegal in Wisconsin.

“[The State v. Morrisy] essentially upholds a criminal conviction … for a tavern that was sponsoring poker tournaments, and specifically calls poker ‘gambling’ within the meaning of those statutes in that case,” said Judge Niess.

“That’s binding in this court whether they’ve considered your arguments … regarding skill versus chance being a predominant feature of poker or not. It doesn’t appear they did, but the case is still nonetheless binding on me.

“I’ve got to say that poker is such a rich topic on so many levels,” added the judge, who sounds like he might have enjoyed the occasional hand or two. “It’s as much a part of the American fabric, I think, as baseball and apple pie, but having said that, I can’t ignore the law here, and the law unfortunately, to use a poker analogy, is a stacked deck against the plaintiffs here.”

The plaintiffs are considering whether to launch an appeal.

In order to be successful they will have to file an appeal, and then probably petition the Supreme Court of Wisconsin when they lose there. What the judge referred to is what we in the legal profession call “stare decisis” (star-ray de-cis-sis) and it means to let the decision stand. It is the principle that our legal system is built on. You cannot change the law for every circumstance, so once a decision is made, it stands and is followed until a court reinterprets the rule. That court is usually the Supreme Court of the State or SCOTUS (Supreme Court of The United States), the reason for this is because judges (especially trial court judges) do not like their decisions to be overturned and they also don’t like different districts to have different rules and interpretations. Because of the decision in ’64, the judge really did have his hands tied to stick to precedent, but the Court of Appeals are much more likely to overturn that decision, if they do, it can either be re-tried with their interpretation or it can be appealed to the S.C. The real challenge would be to bring it to trial and appeal in different districts and get different outcomes from each district, then the S.C. would have little choice but to rule on what the law of the land is. This is slow and expensive project that is being undertaken, it may be much simpler to lobby enough State legislators and the governor to change the law. IF they could get a bill passed legalizing poker, the courts would have little choice but to enforce it unless they find it unconstitutional (which I highly doubt). I would love to be involved with this project, if anyone has contact info on how to get involved, I would appreciate it.

prohibition shouldn’t be a problem since its should be a right if you would decide to play poker or not, thats what life is . Has their been theft in online poker ?? Is their big time problems in the online poker world thats conflicting with peace ?? if not, what are the real reason they dont want poker legal ?? maybe so they dont lose the profit from those losing money online in poker ? Hmmm ??