Winning Strategy: 9 Adjustments for Your Poker Game in a Pandemic World

Cash games in live poker rooms are just starting to open up again. Even so, many of us in the United States are playing in online games we’ve created with other players. 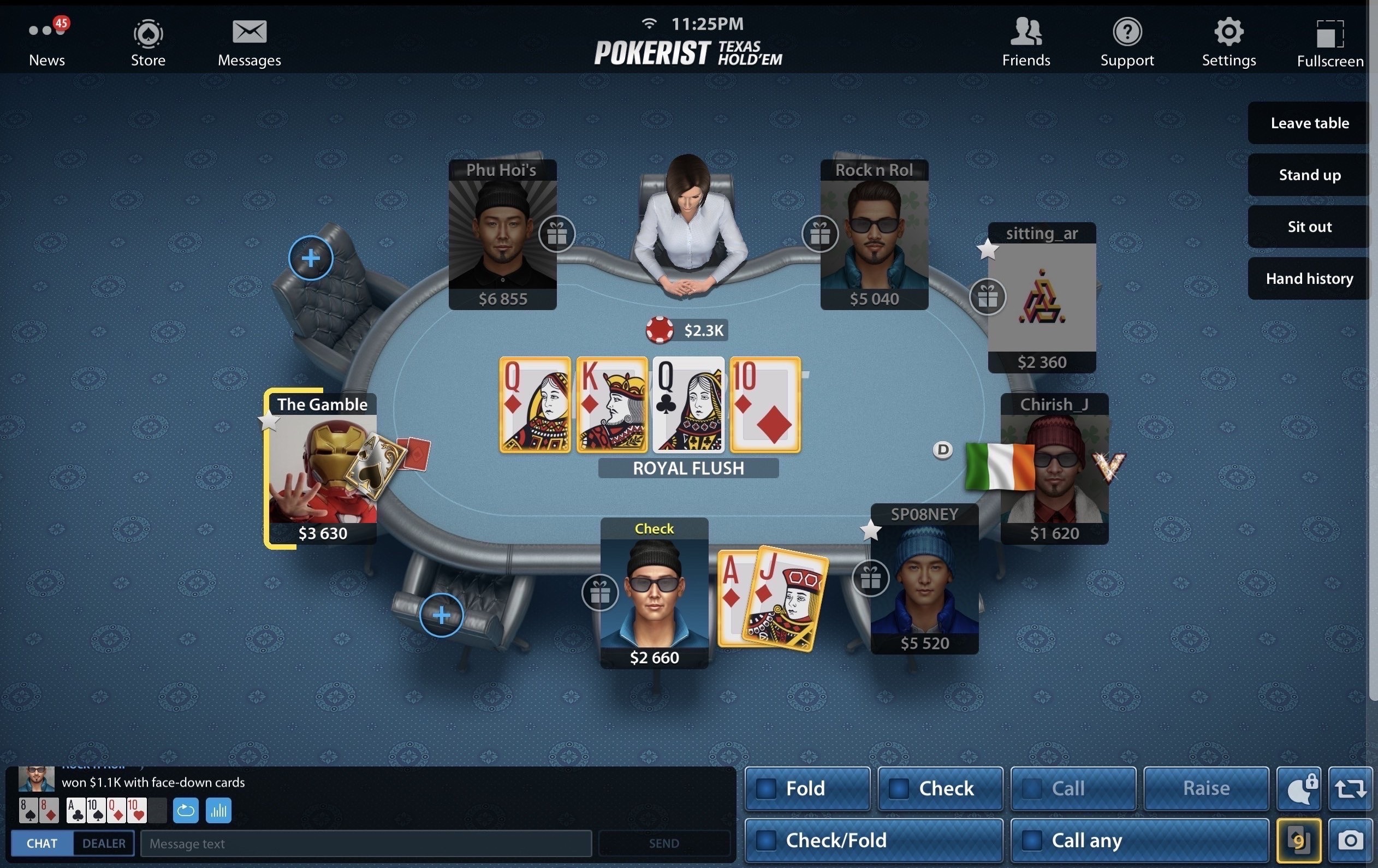 Somebody we work with here at CardsChat may or may not have gotten extremely excited in his private online poker home game. (Image: Pokerist)

Unlike the games on huge international internet platforms, these online games are more like private home games — with players who typically know each other and who remain relatively the same from session to session. They also tend to be relatively small buy-in tournaments, as these prove the easiest type of game to create on free online platforms.

This change in venue, from live public poker rooms to online home games, requires certain adjustments to your game.

Most players in these online home games tend to know each other. Many will have played together hundreds of times, for thousands of hours. Unlike casino games or online games with huge player bases, this familiarity and regularity of play causes a certain homogenization of playing styles. As friends and acquaintances, they will tend to adopt similar norms of play. Use your skills of observation to note what they are.

For example, you might notice that, unlike a typical live cash game where players tend to raise a $2 big blind to $10 or $12, the players in your online home game tend to enter the pot for a raise of three big bets. Or they may all typically call the BB pre-flop, or shove when their stack falls to 10BB or less.

Three-bets may be common, or not.  Nearly every player may typically make a continuation bet, and oftentimes, such a bet will signal legitimate strength. You get the idea.

The key is to pay attention and notice the things the group has silently decided about the way they play their poker. While there will surely be different styles of play within the group that you will also have to notice, you must observe these group norms if you are to best exploit these online home games.

Once you’ve identified the group-think, your goal should be to exploit it.  Maybe your best path is to play along. If everyone typically sees a cheap flop, you can too. If it’s typical for players to raise by 3BB, your best action may be to raise by 2.5BB or 2.25BB  – typically getting the benefit of the 3BB raise, but doing so for less than the typical cost of the group.

My suggestion here isn’t to adopt a specific style of play to beat every game. These online home games may well differ markedly from each other, and your play needs to address the specific norms of the group you’re in. But, since these online home games will typically have a common group of regulars, they will often tend to follow their own form much more than a casino game with its constantly changing cast of characters.

If you’re a good casino player, you’ve almost surely developed habits of play that work in typical casino games. Unconsciously, you probably have a relatively fixed pre-flop calling, raising, and three-betting range, depending upon your position in a given hand.

You probably have a relatively standard way of playing certain flops, turns, and rivers. You may have developed certain moves, certain plays, certain ways of manipulating your opponents – that have become almost automatic.

Let me suggest that you start afresh in these online games. You may find that much of that casino artillery works just fine in this new setting and, if that’s the case, use it. But not automatically.

Initially, you want to adjust to the particular online landscape that you’re facing. You want to avoid bringing your live play habits into this new and different online arena.

Adapt to Fit Your New Reality

Online home games give you a chance to reinvent yourself. Obviously, I’m not saying you’re relearning the game of poker. You’ll bring your knowledge of relative hand values, pot odds, implied odds, semi-bluffs, fold equity, and the like to this new arena.  But, you’re not going to be a slave to the way you were.

Let’s say you’re a very aggressive player – someone who typically three and four-bets very light, and who plays aggressively with all sorts of non-standard hands. Don’t automatically bring that style of play to this new setting.

There may be all sorts of reasons why your aggressive style is exactly the opposite of what will be successful among these opponents.  Rely on what you observe and what you think will work best – not what has been a tried and true formula for beating your old game.

In an online home game, this is even more important than in a public poker room. Here, players are much less likely to come and go, and you’ll likely find yourself playing against the same group of opponents in game after game. Accordingly, your observations about each individual will be much more useful than it is in a casino where players rotate in and out more frequently.

Observation alone won’t be sufficient to book some winning sessions. You also need to adapt your game to exploit your opponents.

Against wild and unpredictable players, you can call with less-than-premium hands knowing that their range is wide open. Against the guy who never bets the river without the nuts, you won’t waste any ammunition calling down what you suspect is a bluff.  Keep a good “book” on each opponent and use it to adjust your game to exploit them.

Have the Courage to Go Against the Grain

As an “outsider” in a regular game, one of your advantages will be that while you should respect the game’s norms, you need not feel compelled to follow them. While you shouldn’t draw attention to your individualized play, you should be willing to change your behavior from that of the others.

If the standard pre-flop raise is 3BB, there’s no reason why you can’t change yours to 2.5BB or 2.25BB, especially if you find that raise has the same effect for less money. Similarly, even if others tend to check down on the river, you don’t have to. Extract extra value with bets when it appears to make sense. At the same time, avoid the temptation to draw attention to your willingness to break from the group. Why needlessly alert people to your skills?

Reflect on What Has Worked and What Hasn’t

Just as you should adjust your casino game to fit the different circumstances of the online game, you must also observe the effect your adjustments are having on the play of others, and further adjust your game to better fit your circumstances.

Just because you’ve changed from your casino style of play doesn’t mean that the change has been for the better. Take some time to reflect on the impact of your change.

The job of adjustment is a continuous one. You must observe constantly, reflect on your observations, and then further adjust your game to best exploit your circumstances.

Recognize that Good Opponents Will be Adjusting to You

Just as you adjust to your new online setting, so too will your better opponents be adjusting to you. Have you been playing more aggressively to take advantage of your online opponents’ timidity? Great.

But now, are you noticing that some of your better opponents are starting to play aggressively against you? Think about how you can best respond to their newfound temerity. Don’t automatically keep doing what you’ve been doing just because it worked initially.

Successful poker players understand the importance of adjusting their game to fit their circumstances. This is especially important when entering the substantially different world of online home games.

By following the suggestions above, you should be able to keep your poker game healthy in our pandemic world. And if you’re thinking that these suggestions regarding adjustments for online home games might just as easily be applied to any new game you face – you’re right!

Amazing article and what a hand 🙂