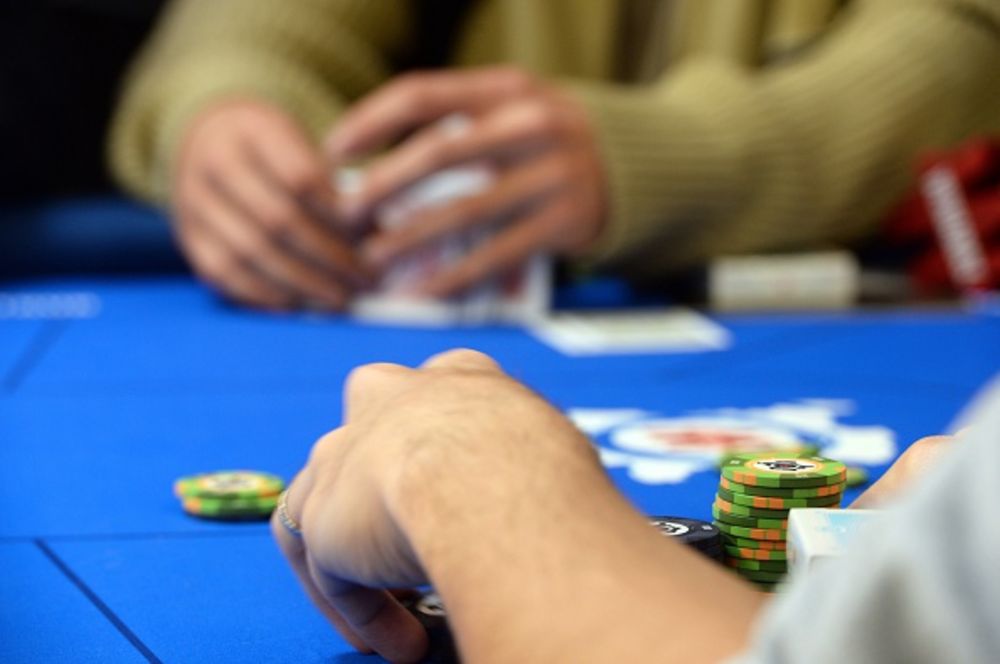 To bluff, or not to bluff … that is the question. (Image: Bloomberg)

A bluff is an action or series of actions taken to deceive an opponent into believing the value of your hand is greater than it actually is – usually with the intention of getting him to fold to your bet.  Here’s an example of a successful bluff:

You’re on the river. You have A♦K♦ on the button. You raised pre-flop and got one caller. The flop came J♥ 6♥ 2♦. It was checked and you bet. You got a caller. The turn was the 8♦. The betting was: check, bet, call. The river was the 3♥. You missed completely and only have Ace high. When it was checked to you, you figured a large bet would win you the pot as a bluff, representing that you hit the diamond flush. You bet the pot. That was a bluff.

If your opponent folded, conceding the pot to you, then it would have been a successful bluff. If he’d called and had 7♣6♣ in his hand for a pair of 6s, beating your Ace high, then it was an unsuccessful bluff.

How do you know when it makes sense to bluff, and how do you do so in a way that will make you money in the long term? Below are eight considerations to weigh before putting your chips in the pot when all you’re holding are blanks.

Your bluff is much more likely to be effective if you’re facing only one opponent. The more players who remain in the hand — and whom you must convince to fold — the greater the likelihood that your bluff will fail. A bluff’s likelihood of success decreases exponentially for each player that remains in the hand. If there’s a 40% chance your bet will convince any player to fold, then with two players remaining, you have a 16% chance that your bet will be successful. If three players remain, that falls to 6.4%. With four players, it plummets to 2.6%. You get the idea.

It’s more likely you’ll convince a tight player to fold than you will a loose player. Accordingly, you need to consider what type of player you’re up against when you bluff. Tend to bluff tight, predictable players while avoiding those who are loose and likely to call with any two cards, “just in case they’re good.”

In general, your bluff is much more likely to be believed if you’re viewed as a straightforward, tight-aggressive player as opposed to an unpredictable, loose and aggressive player. It’s important not to confuse your image with how you know yourself to play. For the purpose of weighing the likely success of your bluff, you are what you appear to be.

For your bluff to be effective, your bet must not be made in isolation. It must be a natural extension of how you’ve been betting the hand up until that moment. What is the story you are telling about your hand, based on how you’ve already bet? If your bets pre-flop, on the flop, and on the turn make it look like you have a made hand and are betting for value, your large river bet when a flush card hits is much less likely to be believed than if your betting made it look like you were on a draw.

Consider whether there might be a way for your hand to win, even if it fails as a bluff. If there’s another way to win, then your bluff becomes a semi-bluff. Let’s say you have A♥4♥ with a flop of 7♥Q♥2♠, and your opponent checks. A bet in this situation might make a lot of sense because it has two ways of winning. First, your bet might convince your opponent that you have the best hand, leading him to fold — success! If he calls, however, and the bluff fails, you still have nine outs to win the hand by hitting a flush. Even if your opponent is slow-playing a pair of queens, an ace can also give you winning trips. A bluff with a backup plan, known as a semi-bluff, often makes sense when a regular “naked bluff” shouldn’t be attempted.

It’s almost always better to be in late position when you attempt a bluff. In late position, you’ll be able to see your opponent’s action as the hand progresses, allowing you to better gauge his strength and giving you a much better idea of whether to continue with your bluff. If he shows weakness by checking, you can fire another barrel.  If he comes out firing, you can concede.

In general, the larger this ratio, the better the chance of your bluff’s success. If, for example, your opponent has $1,000 remaining with a pot of $300, and you make a $20 bet on the turn, it’s highly unlikely that the bet will succeed as a bluff. Similarly, with the same stack and pot size, a $300 bet is much more likely to be believed.

If the bet is relatively small when compared with the size of the pot, it is generally less likely to succeed than if it is relatively large. Good opponents will be comparing the likelihood that you’re bluffing to the pot odds they are getting for a call. If your opponent views your bet as just as likely as not to be a bluff, then he will probably call a bet that is smaller than the pot, and fold to one that is bigger.

Bluffing becomes more complicated the more you think about it. Many players understand the logic behind bluffs. They know that a heads-up bluff is generally more likely to succeed than a short-handed one, that early position is generally disadvantageous to a bluffer, and that a person with a tight image is less likely to be bluffing than someone who is generally a LAG.

Because of this, sometimes doing the exact opposite of what is explained above makes sense.

A thoughtful and observant player might be more likely to view your large bet from early position to be representing strength – hence, ironically, it might make sense to attempt a bluff from early rather than late position, to bluff when the pot is multi-way rather than heads up, or to size your bet smaller to make it more likely to be believed.

Some good tips to make a bluff I learned this a while ago but is always good to remember this strategy first you have to know your opponent some players will call even with bottom pair cause they just don’t know the fold button when they hit something this type of player are almost impossible to bluff (I’ve made that mistake several times hehehe). Also is important to be logical the story that your telling or the hand that you are representing have to make sense this as important as knowing who will be willing to fld that top pair when the board is dangerous with possible straights or flushes this is what I tend to apply on the tables nice article!

The bluffes are the harttest play in the poker,is much more hard tham usually peaple thiks, a good bluff is one that blocks part off the rivals value hands and do not block any combo off missdraws.