Winamax Poker’s online games came to a screeching  to a halt this weekend, as the site became the latest to fall victim to a distributed denial of service (DDoS) attack. 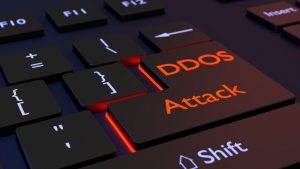 Winamax is the latest in a long line of poker sites to be hit by a DDoS attack. (Image: Gutshot Magazine)

Company outlined the incident on a Twitter post this week, saying that Sunday’s cyber attacks “overcharged” their servers. Not every player on the network at the time was affected, however.

“These only affect a very small amount of players,” Winamax officials wrote on Twitter. “The majority of players can stay connected and can continue to play as normal.”

Though only a small figure, enough people were cut off that the site was forced to cancel tournaments and shut down cash games.

However, officials were quick to point out that the games themselves were the only thing affected. They’re moving to quell concerns that any money or personal data may have been accessed by the hackers.

“Neither the quality of the Winamax servers nor the quality of our cyber security are called into question because of these attacks,” they insisted. “They have no impact on the players’ data or funds, which are completely secure.”

So if hackers can’t get any of your cash or data, why do they do it? To steal a line from the Batman movies: some men just want to watch the world burn. For the perpetrators, the point of the attacks seems to be nothing more than causing general chaos, simply because they can.

A DDoS attack works when hackers ping a site’s servers with a barrage of communications requests. Because the attacks are distributed from various sources, the servers can’t distinguish a legitimate request from the spam. It becomes overwhelmed and will often shut down as a result.

As Winamax pointed out in its statement, these types of attacks are becoming all too common of late. America’s Card Room has been hit twice in the past year, causing CEO Phil Nagy to claim that a “rival site” was responsible. Then Partypoker was hit in early August, and although the site was only down for a few hours, tournaments had to be cancelled.

A few weeks later, the biggest poker site in the world, PokerStars, also fell victim to a DDoS attack. This caused poker vlogger Joe Ingram to suggest that it was perhaps a jilted Phil Nagy who may have been behind that attack.

All of those sites offered some form of reimbursement for its affected players, and Winamax is assuring its customers that this instance will be no different.

Without getting into great detail, officials say that players will be “fully reimbursed” according to the site’s terms and conditions.

“Reimbursement will be automatic: you will not need to take any further action,” it wrote.

Winamax is no small fish on the online poker world. According to Poker Scout, the French-based site currently ranks fifth in terms of traffic, with an average of 1,300 users over the past week.

Precisely was with some friends, talking about who could be behind these attacks, and in the form of a joke, we said that maybe some fish that lost all their money in online poker :).
I was playing when this happened, they gave me back my money.

I was thinking about this the other day and also ask myself that what’s the win here for the hackers just prove that they can do it I still don’t have an account on Winamax but I do in ACR,PP,888Poker,PS they all have suffered this attack in the las months don’t really know the reason just know that if I were one of the chipleader in a big MTT when this shitty event happen I’ll be really really angry is just an horrible to ruin your day after so much effort of course I would still be crying also but this is just anoying this types of bandalism just piss me off talk about it