Willie Nelson’s home game is played at “high” stakes and the country music legend is a “ruthless” poker player, according to a recent post on the Taste of Country blog. 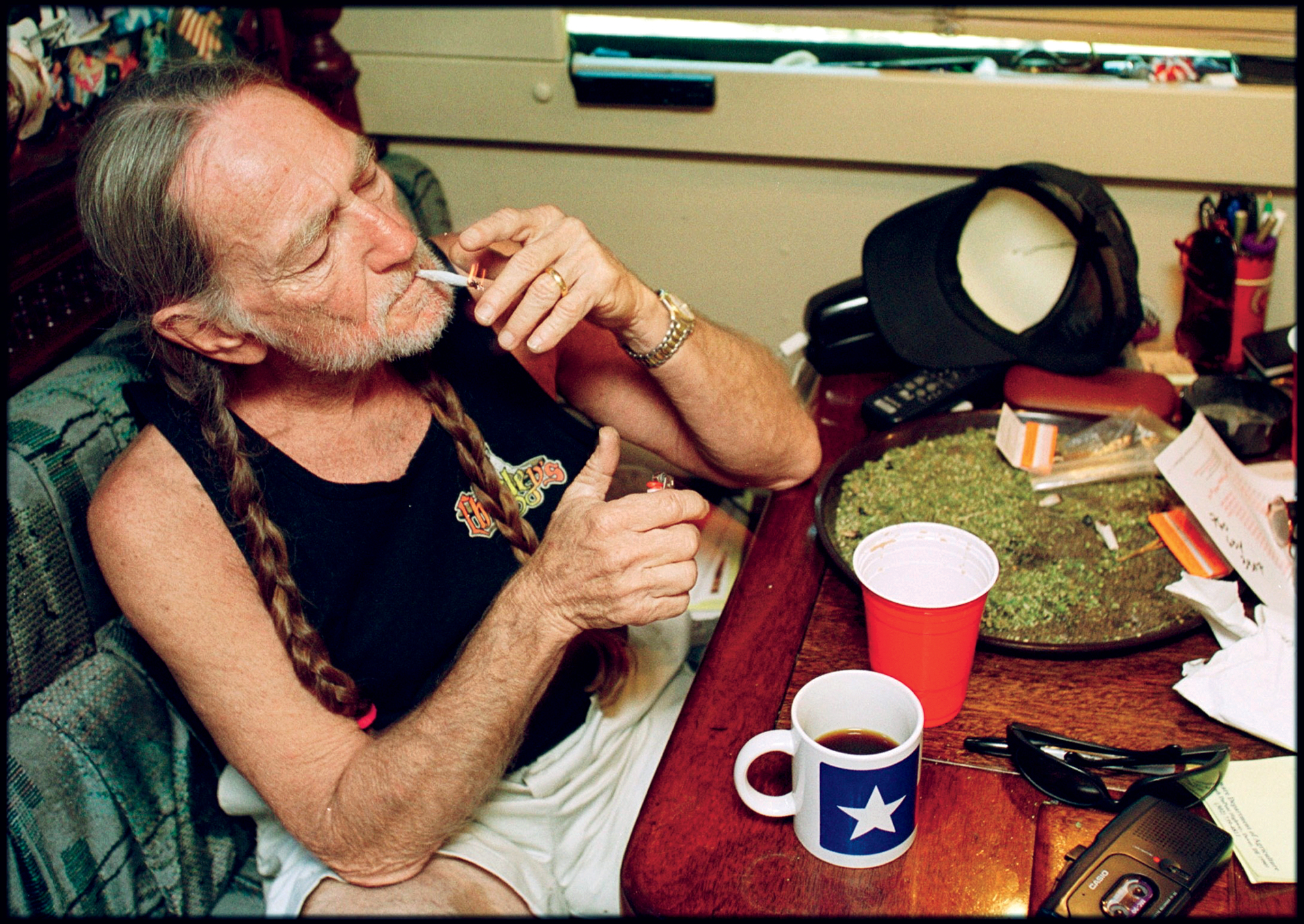 Competitors in his home game compare his talents to that of Phil Ivey. He invites A-list celebs such as Woody Harrelson, who reportedly lost $40,000 one time, to the game.

The country music icon is a feared player at the table. Fellow musician Jack Johnson told Taste of Country that Nelson’s home game “has it’s own little rules” and isn’t traditional Texas hold’em. He didn’t specify the special rules. But he also said he doesn’t feel comfortable sharing too many details.

“I felt like there’s this code of honor,” Johnson said. “I shouldn’t share the name of their game.”

The stakes aren’t near as high as you’d find inside Bobby’s Room at Bellagio, although the players are, but they aren’t exactly playing with money from grandma’s penny jar either. Don Nelson, a standout at the University of Iowa in the 1960s, told the New York Times “two or three thousand dollars” exchanging hands is nothing to them.

A bong also often exchanges hands in the game, so long as Willie is willing to share.

Many celebrities frequent the game such as Woody Harrelson, the Nelson’s, brothers Owen and Luke Wilson, Johnson, and formerly Haggard. Harrelson once lost $40,000 in the game and Willie Nelson wouldn’t let him leave his house until he got his money.

In 2018, Johnson released a song about getting high and playing poker with Nelson titled, “Willie Got Me Stoned.” The lyrics are a bit cheesy, however.

“After Willie got me stoned and took all my cash,” Johnson sung. “One high-low split and he kicked my ass.”

He then went on about having to “walk home” because he “had no money for a cab.” We aren’t sure why he didn’t just take an Uber instead. Uber rides are cash-free but we digress.

Nelson began playing poker more than 50 years ago. One of his most famous songs was written at the poker table, according to Haggard.

In the 1960s, Haggard claims he was in a poker game with Nelson. It was during that session when the weed enthusiast wrote the song “Good Hearted Woman.” That song, released in 1971, peaked at #1 on Billboard’s Hot Country Singles in 1972.

What a funny story.
I think that is better to keep our head clean when playing poker.
No grass, no alcohol is the best way to make a clean decision.

I liked the story. I think this is one of the best ways to live in retirement. I envy and would like to be at this age in one beautiful form, both physical and spiritual.