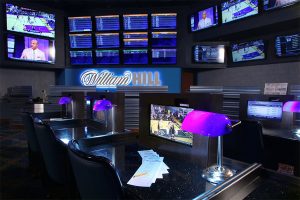 Parvus Asset Management says that a deal between William Hill and Amaya would be bad news. (Image: pjbeckerandsons.com)

The William Hill and Amaya merger is on the rocks after a major shareholder criticized the proposed plans.

Since news of a possible deal between William Hill and Amaya broke on October 9, analysts and industry insiders have been speculating as to what it could mean for the iGaming industry.

With William Hill being the biggest bookmaker in Europe and Amaya owning the largest poker site in the world, PokerStars, a newly merged company would certainly become a power player in the industry.

Discontent in the Ranks

For online poker players, a merger could certainly be a positive thing, but it’s by no means a done deal. In the wake of the news, Bloomberg’s analysts suggested that things weren’t looking as positive as some media outlets may have assumed.

Citing PokerStars’ legal issues in Kentucky regarding player losses post-UIGEA as well as a potential debt of more than 3.4X EBITDA, Bloomberg speculated that the risk for both parties would be too great. In line with this thinking, Parvus Asset Management has stated that the merger had “limited strategic value” and would “destroy shareholder value.”

Ralph Topping, a former chief executive of William Hill, said he fully supported the assessment by Parvus and went so far as to tell the Financial Times that he is “worried” about the future of William Hill.

While the criticism from a former chief executive might be cause for concern, it doesn’t have the power to block the deal. Parvus, however, owner 14.3 percent of William Hill and could block any further negotiations unless it can be persuaded there is an upside to a merger.

William Hill in Need of a Deal

At this stage William Hill isn’t commenting on the issue, but if the talks do breakdown it will be its second failed merger of 2016. Back in August, William Hill rejected a deal proposed by a consortium made up of 888 and Rank. Although some suggested this could have been a mutually beneficial deal, William Hill’s board rejected it, saying the amount offered was too low.

If this deal doesn’t take place then it will come as a blow to some senior members at William Hill. With its peers, such as Paddy Power and Betfair, all forging deals, William Hill has been left out in the cold.

In terms of market share, William Hill has the largest share of the European sports betting market. However, even this strength might not be enough for it to survive in the new iGaming climate.

As the newly formed operators start to find their footing, there’s a chance William Hill could fall behind the curve which could prompt some on the inside to push back against Parvus in the coming weeks.