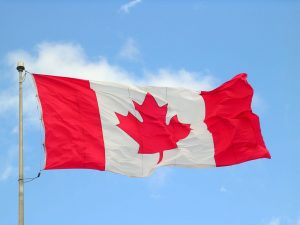 O, Canada! The country’s proposed new restrictions for online gambling sites have some operators running from the border.

Many gambling companies find homes in Canada, as gaming laws have long been friendly to the industry. However, changes in the past few years, both on the provincial and federal levels, have prompted payment processing companies to leave Canada, and stricter laws could spur more of an exodus yet.

Canada’s Finance Minister offered up the 2014 budget last week, one that covers a wide range of topics. One of those is a commitment to push casinos – including those on the Internet – under the Proceeds of Crime (Money Laundering) and Terrorist Financing Act (PCMLTFA). While this is just a proposal at this point, the move sparks concern among Internet gambling companies.

The PCMLTFA is a long-standing law in Canada that was amended in 2001 to expand its parameters. Organizations subject to PCMLTFA are required to comply with the law regarding their activities and report transactions to the Financial Transactions and Reports Analysis Centre of Canada. The purpose of the law is to combat money laundering and terrorist financing with regard to companies that are at risk of becoming victimized by, or used in, such activities.

Finance Minister Jim Flaherty would like to subject online gambling sites to the law in order to “strengthen Canada’s anti-money laundering and anti-terrorist financing regime.” He promises to introduce amendments to PCMLTFA to extend the law to include virtual currencies like Bitcoin and clamp down on Internet casinos.

The Tories seem to want online casinos in the same category as land-based gambling establishments with regard to keeping records, verifying customer information, and reporting transactions. It is unknown, however, if this amendment would exempt grandfathered companies already operating in Quebec and other territories.

Crackdowns in recent years have prompted some to flee the Canadian market. Neteller was one of the first to go, and Skrill followed suit in late 2013. The latter move involved a message to online poker customers that transactions would end January 31, 2014 for those residing in Canada.

As for online poker sites, Titan Poker has considered leaving Canada, and InterPoker did actually do so in late 2013. That message from InterPoker came through loud and clear when the company announced “no new players can register and no deposits will be accepted from players residing in Canada.” While no specific reasons were given by InterPoker, insiders said the move was prompted by stricter regulations via local governments. As more provinces decide to regulate online gaming sites, more companies may choose to back out of the market, at least until the government makes its laws clearer.

When Titan considered leaving, I suspected that something like this proposal might have been floating around somewhere. It doesn’t surprise me. Pushing out online poker would play well to the Cons political base, and it could play well with others who are just ignorant of the overall situation.