Will Doug Polk and Dan Bilzerian Settle Their Nasty Twitter Feud on the Felt?

Doug Polk must have gotten bored with his repeated verbal attacks on Daniel Negreanu’s character. He’s moved on to ripping on social media playboy Dan Bilzerian’s poker skills and cryptocurrency investment strategy, and let’s just say things got a bit nasty on Twitter between these two fine gentlemen. 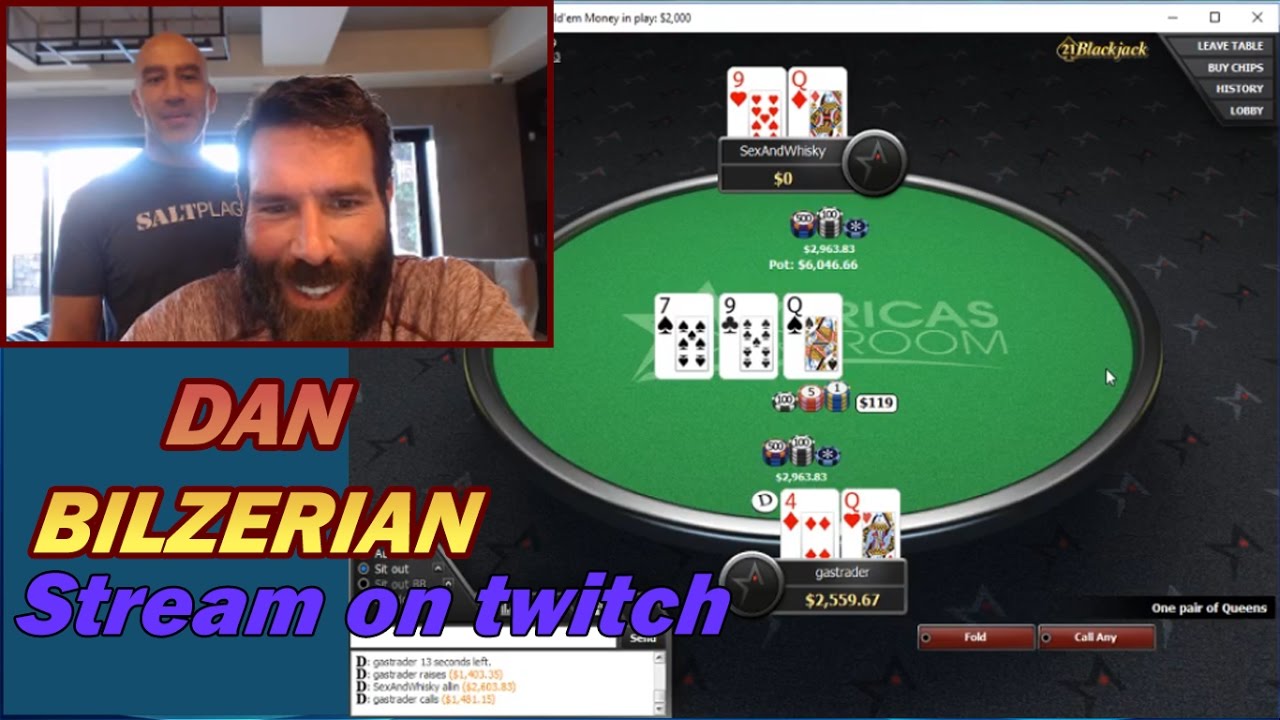 Dan Bilzerian got into a heated debate with Doug Polk on Twitter over his poker and cryptocurrency investment skills. (Image: wecranord.gq)

Bilzerian, who claims to have won $50 million playing poker, a figure that isn’t publicly verified, and Polk, who has verifiable multi-million profits online and in live tournaments, are both avid cryptocurrency investors.

The value of one Bitcoin nearly hit $20,000 in December, an all-time high for the virtual coin, but has since taken a tumble and was valued at around $8,800 early Thursday morning. Polk has been bullish on holding long-term, while Bilzerian is proud he sold at $16,500, far above his buying price, and now wants to reinvest, expecting the price to again rise.

After Polk criticized Bilzerian for getting out of cryptocurrency instead of sticking it out long-term, things got heated between the poker players.

GTO Vs. ‘Make Them Think You Suck’

Bilzerian, ever the Captain Obvious, explained that the “goal in poker is to make as much money as possible.” He claims instead of understanding proven game theory optimal (GTO) and exploitative concepts that help many poker players win, he prefers the rope-a-dope poker strategy, making “everyone think I suck and play with bad super rich rec players in private games.”

Surprisingly, Polk didn’t offer Bilzerian a job at Upswing Poker to teach his customers the “make them think I suck” strategy. Instead, he disingenuously asked his new rival if he considers himself more of an expert on poker or Bitcoin.

The gun-collecting Bilzerian whose poker success hasn’t been verified by anyone in the poker community, decided it was time to put his money where his mouth is. “I’ll bet you a million dollars I can show wires of poker wins in excess of 40 million dollars” in a one or two-year period, he responded.

Polk, knowing it would be difficult to prove the wire transfers came from poker wins, offered up a different type of wager: a heads-up poker match, his specialty.

But Bilzerian is realistic and admitted Polk, who made millions online playing heads-up games, would be a “favorite,” and has little interest in such a competition. So, he re-offered his original bet, $1 million to prove he’s made millions playing poker.

Quote of the Day:

“I focused on making money and f*cking hot girls. You focused on game theory and training videos.” – Dan Bilzerian to Doug Polk.

Polk, who has long been critical of Bilzerian’s poker wealth claims and even made a YouTube video in 2017 questioning how Dan really made his money, wouldn’t commit to accepting his bet and decided to change the subject.

“My main point is you should never be fully exiting cryptocurrency,” he suggests. “The value will increase over time, and trying to time the market will be on average an inferior strategy.”

Polk doesn’t believe in the buy low, sell high philosophy when it comes to cryptocurrency. He feels that since it’s too difficult to time the market, it’s best to just hold long-term. Many who responded to his comment, not just Bilzerian, disagree with his strategy.

Where Did He Make His Money?

Bilzerian, who owns multiple mansions in Las Vegas and Los Angeles, lives what many consider the dream life. He is worth north of $150 million, flies in a private jet, plays high stakes poker games, and sleeps with beautiful women. But many, including Polk, question where he got all that money.

One theory is through an inheritance. Dan’s father, Paul, was convicted of securities and tax laws violations in the 1980s and, in 1993, was ordered to pay the SEC $62 million from a lawsuit, causing the elder Bilzerian to file bankruptcy.

Paul only paid back a fraction of that money, leading some to believe he stashed the cash away and gave it to his son. Dan denies ever taking an inheritance and claims the bulk of his wealth came from playing poker.

Where Bilzerian got his money is unproven. The only thing we know is that none of his fellow high stakes poker players have backed up his claims.

This guy is an insult to the poker community. You think that without any credible witness or hard physical evidence that anyone believes this is how he made his millions. He plays terrible and even said himself that he doesn’t have any real strategy. There’s no way you did that without meeting a heavy street of variance on the way. This guy is scum, the lowest possible form of a human. Who is in no way productive to the human race. You f*** porn stars, there’s no reason to envy that. If I had a million dollars I’d bet that you couldn’t find a woman to marry and pass a polygraph test stating she loved you. Take your soulless shell of a corpse out now. Because when life is no longer as great as you thought it’d be and you realize everyone, including yourself, are fake, shallow and have accomplish nothing of importance. You’ll just do it then. Do us a favor and take, your idea of, what makes you so awesome and go out on top… I hope you’re able to read between the lines on what I’m telling you to do. I’d hate for you to miss you opportunity

I have no interest as 2 dweebs both seeking overwhelming attention, one for bling and whores and the other who aligns and fights with poker celebs. Both are lame, boring.