UK Brexit voters have narrowly chosen to leave the European Union in the referendum heard round the world on Thursday. The unexpected “Leave” outcome sent the pound plunging, and wiped a billion dollars off of the British equivalent of the Dow Jones. The FTSE 100 Index plummeted within hours of the announcement. 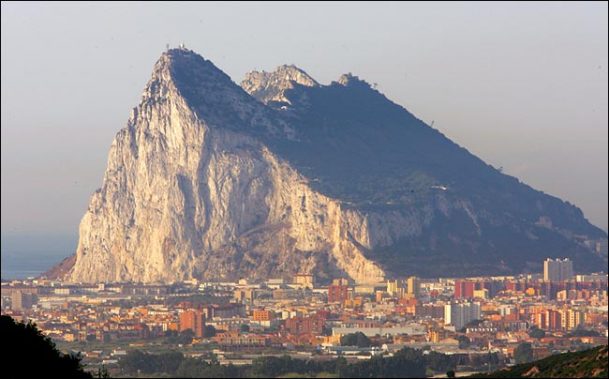 Brexit impact: the small but gaming operator-dense jurisdiction of Gibraltar may be hardest hit by the UK referendum “Leave” decision this week. (Image: sirensecho.blogspot.com)

Markets don’t like uncertainty, and the EU referendum results means that the UK is about to strike out on a very uncertain journey.

The disruption of established trading relationships could have a detrimental effect on the regional and global economy, but what effect will it have, if any, on online poker and the online gambling industry in general?

For UK poker players who uses US dollars when playing online, today might be a brutal day for a cash out. The pound is at its weakest level since 1985, and if you didn’t stock up on gold bars last week, you could be hurting.

If you play on Bitcoin poker sites, on the other hand, you might be due for an upswing. Bitcoin plunged in value over the last few days, thanks in part to the view that the UK was more likely to vote to stay.

Now that it’s opted to leave, skittish investors may choose to put their faith back into a currency that operates outside the central banking system, possibly causing a spike in values.

(It should be noted that we ourselves are lucky to make our own rent each month, and therefore none of this constitutes investment advice of any kind. Now our attorney can stop watching us write this.)

But how will the Brexit “leave” decision affect operators? That largely depends who you ask. Although tearing up free trade agreements can often be problematic for business, regulatory upheavals in the online gambling industry over the past five years  or so will actually stand online gaming in good stead.

Increased regulation across Europe means that operators are mostly required to apply for separate licenses for each EU country, and the majority that engage with both the UK and the EU already have dual licensing. There should be no impact on the current levels of player liquidity in either Britain or the European Commission as a result of Brexit.

The real loser in all this will be the licensing jurisdiction of Gibraltar. A major online gambling regulator on the southern tip of Spain and a member of the EU as a British Overseas Territory, Gibraltar is now left between a rock and a hard place, if you’ll excuse the inevitable pun.

Gibraltar has some 30 gaming licensees, including companies like 32Red, Gala Coral, and William Hill, which collectively employ around 3,000 people. Many of the workforce live in Spain and travel freely across the border to work each day, thanks to the EU’s Freedom of Workers directive. These companies will be forced to relocate, decimating the Gibraltar’s industry in the process.

“Brexit will have the greatest and most immediate effect on any Gibraltar based businesses, which will now face great uncertainty,” Michael Caselli, editor-in-chief of iGaming Business, told CalvinAyre.com today.

~snip~
If Gibraltar stays in the EU and falls under Spanish control, there may be a very complex issue regarding the iGaming licenses issued in Gibraltar.”
#snip#

Laugh out Loud.
What makes you think the UK would give up Gibraltar or Gibraltans would give up on the UK?
Perhaps the channel islands will remain in the EU under french control
and the isle of man will remain in the EU by joining Ireland
or the Falkland Islands, ok not sure what they would do.
But I’m pretty sure none of them would want to start paying tax again,
it must be nice to belong to a country without having to pay for it.
I’m guessing you expect Spain to give Gibraltar the same Status as the Canary Islands.
But then again isn’t that a ready made solution, simply relocate to the Canaries,
(btw any company that takes my ideas and moves to the canaries should at least offer me a job there).