In the latest chapter of the WikiLeaks email leak scandal, the Clinton Foundation and poker may have been used to further the financial aspirations of Marc Mezvinsky, Chelsea Clinton’s husband. 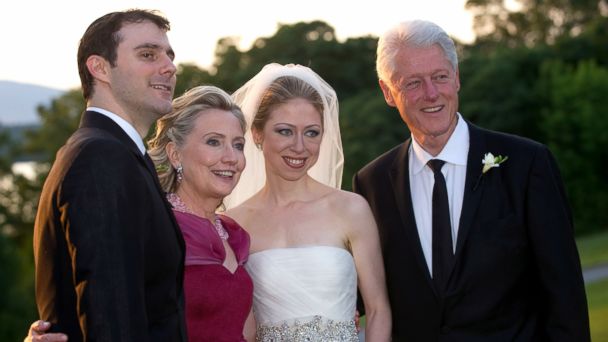 The ongoing stream of divulged information about Hillary Clinton and her financial affairs touched the poker world this week after it was revealed that Mezvinsky allegedly used the Foundation to help his hedge fund. Although unverified at this stage, Wikileaks’ recent email release highlights a series of exchanges that show Mezvinsky courting wealthy investors at a Clinton Foundation charity poker event.

As part of its strategy to raise money for charitable organizations, the Clinton Foundation has hosted a number of high-profile poker events. According to the Aces & Angels website, the foundation “pioneered” the charity tournament back in 2007 and, since that time, the annual party has raised more than $6.3 million for good causes, the site claims.

According to leaked emails that date back to 2012, charitable donations weren’t the only reason these events were an important gathering place for Mezvinsky and the Clintons to meet potential contributors. The young hedge fund manager was also allegedly looking for some investors for his funds.

An alleged memo, and an email from ex-Clinton aide Doug Band, suggest that Mezvinsky was using the tournaments to foster relationships with rich business contacts. At the time of sending, Mezvinsky was in the process of setting up his own hedge fund, Eaglevale Partners.

The word on Wall Street at the time, as one investor has told Politico, was that anyone making an investment in Eaglevale would be looked on “favorably.” In line with this suggestion, Band’s emails state that Mezvinsky had invited some “potential investors” to one of the Clinton Foundation’s poker nights.

“I assume all are contributing to the foundation, which of course isn’t the point. The entire plan of his has been to use this for his business,” Band wrote in an email to Hillary’s campaign manager John Podesta and others.

Podesta’s own WikiLeaked emails have been the topic of major controversy in the past few weeks.

Black Eye for the Clintons

Although the “potential investors” weren’t named in the email chain, the suggestion that Mezvinsky was using the poker event to leverage his own interests is yet another blow for the Clinton Foundation. Over the past two weeks, Wikileaks releases have stirred up a wave of speculation that the Clintons have used the organization to enhance their own multimillion portfolio.

While the FBI said this weekend that there’s no basis for any criminal charges based on the latest batch of leaked emails from disgraced Democrat and estranged Huma Abedin spouse Anthony Weiner, the implication that Clinton is using a charity for personal gain is certainly damaging.

Currently still favored in the polls to become the next US president, the latest information certainly doesn’t reflect well on Mezvinsky or the Clintons and their foundation.

What a bunch of crap. Not one piece of evidence just speculation based on the fake word of Assange.
Besides of which Clinton nor anyone else owes an explanation to Trump or Assange of their personal business. Trump of all people should explain what happened to his ties with the mob and show his tax returns unless he has something to hide. Its all in the court records why hasnt the news media brought this out? Trump has made so many accusations that he cant back up its laughable. This is nothing just like all the other “dirt” he has spun into criminal acts just by putting a spin on things.
This type of mud slinging is what will push voters to deny Trump as they should.
If he was to be elected first thing kiss your kids goodbye because he will instate the draft for all of our children and grandchildren just not his.
Assange needs to clean his house first. Oh wait he doesnt have one. He still has an active warrant for RAPE no less.
Stop printing this crap.

Assange is the messenger. The message comes directly from Hillary’s inner circle. If they don’t trust her, why would you?