Michael Phelps might want to rethink retirement after his performance in a charity poker game on Saturday.

The 23-time Olympic gold medal swimmer took on a field of celebrities and wealthy donors in the Big Game Big Give Charity Event, one of the Super Bowl’s largest and most exclusive parties in Houston that raised more than $1 million for several causes.

For someone who is accustomed to being the best, he couldn’t even claim victory in his own family. 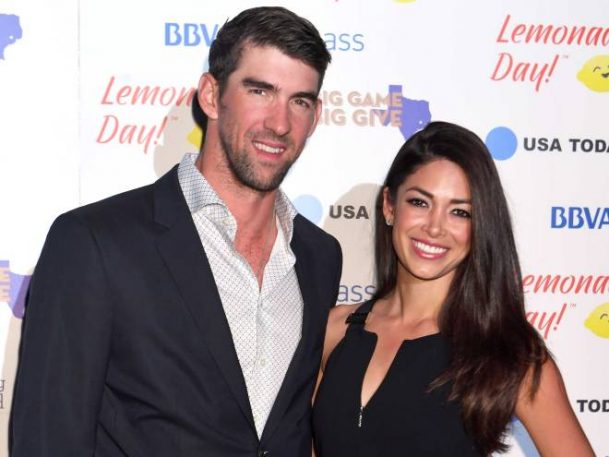 Michael Phelps was outlasted by his wife Nicole in a Charity Poker Event on Saturday in Houston. He was knocked out early while she made the final table. (Image: Jeff Kravitz/Film Magic)

The newly married father failed to outlast his wife Nicole in the tournament, getting sent to the rail, while she made it all the way to the final table. The winner of the tournament received private coaching for six months with 2006 WSOP Main Event winner, Jamie Gold and an entry into this year’s Main Event.

Phelps Backstrokes Away from Side Bet

The two initially agreed to a bet on who would go deeper in the competition and before it began, there was plenty of trash talking.

“My goal is to outlast him,” Nicole Phelps told People Magazine. “I’d be happy.”

“We’re going to have some fun and friendly competition in there,” her husband countered. “I’m competitive.”

The original bet was whoever got knocked out first would have to go on graveyard shift with the couple’s 9-month old son, but Nicole said her deep-sleeping spouse wouldn’t be able to fulfill the wager.

This is not the first event for the 31-year-old. He has been playing the game for years and it was once reported that he won $100,000 at a table in Las Vegas, but he’s denied the story.

Phelps has earned money in three tournaments. His best finish was ninth at the 2008 Caesars Palace Classic. He has two other cashes, including ending up 18th at a $250 No Limit Event last August at the Venetian.

The famed swimmer has also played in the World Series of Poker. He made his debut in 2013, after being urged to enter by pros Antonio Esfandiari and Jeff Gross. He was eliminated before the money in the event, which was a $5,000 No Limit.

As far as future plans for poker, Phelps was silent on the subject, not revealing if he’ll play in any big events this year, including the WSOP.