Two Wichita, Kansas poker players charged with illegal gambling have offered guilty pleas, following a federal investigation that involved their phones being tapped back in 2015. 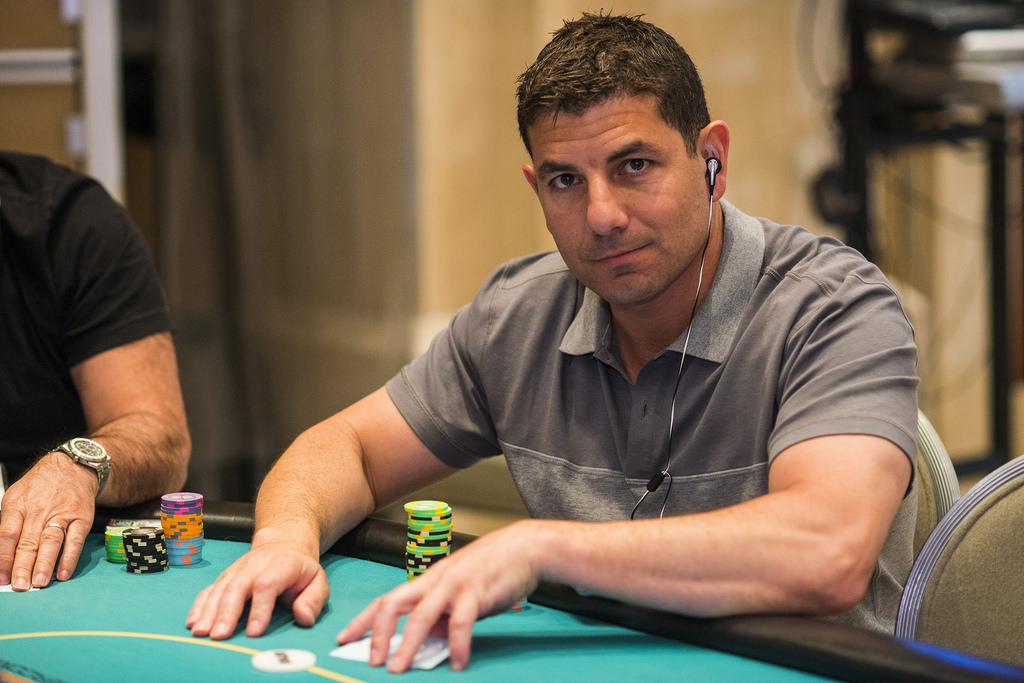 Poker player and businessman Brandon Steven had his phoned tapped by the Bureau, at the same time that two Wichita men were being investigated for illegal gambling. (Flickr/World Poker Tour)

Danny Chapman, 67, has pleaded guilty to operating a high stakes sports betting ring, as well as one count of tax evasion. Daven Flax, 46, pleaded guilty to two counts of operating an illegal gambling ring  and one count of making a false statement on a tax return. The pair were initially charged on January 9, but details of the case were sealed until January 12, according to a press release sent out from US Attorney Tom Beall’s office.

As detailed in his plea, Chapman took responsibility for running an online sports betting operation from January 2013 to February 2017. Working with a small team of five, Chapman would take bets from a select group of clients and use websites hosted in Costa Rica to complete the transactions.

According to the court documents, Chapman made upwards of $2,000 per day and bought an array of items with that cash, including cars, in order to avoid paying $345,00 in federal income tax. Chapman, however, also saw $1.5 million of his bookmaking profits seized by the FBI, in a separate investigation into illegal poker games hosted by Flax.

In addition to working with Chapman on his sports betting business, Flax held invite-only high-stakes poker games at various business locations across Wichita.

To uncover details of the illegal betting activity, the FBI tapped the phones of Chapman, Flax, and three other Wichitans, including former GOP State Senator and currently Sedgwick County Commissioner Michael O’Donnell. Also on the taps were Wichita car dealer Brandon Steven and his brother Rodney, who together had made an unsuccessful push for a Kansas casino license. Brandon is the #1 ranked poker player in Kansas, with Hendon Mob listed earnings of $3.19 million in live tournament winnings

Although the taped conversations haven’t resulted in charges being brought against the Steven brothers or O’Donnell, Brandon Steven wouldn’t comment on whether or not he was involved in the case. What is known, however, is that the FBI was monitoring Steven’s calls after an unsuccessful bid to open a that Kansas casino.

“I’m aware of the broad nature of this inquiry. As you know, and everybody knows, I play high-stakes poker. And from what we understand, they are looking into my poker and my involvement with Castle Rock Casino,” Steven told Kansas.com back in February 2017.

Another great coup for the FBI. Showing us all how they triage crime in America. By the way FBI, when you got your warrant for the phone tap from that phone company, how many acts of fraud and racketeering do you think that phone company committed against their customers for that companies history, thousands, millions…..likely enough to get invitations to the governors ball and the white house and have their c-level execs invited to sit on councils.

People often think, “Yes, it’s illegal, but I’m not hurting anyone.” But the law is the law, and she does not really care about your opinion. How was it possible that this guy thought that these financial transactions were going to go unnoticed?

I agree with everything your saying crime is crime, yes, however think of the analogy of a hospital and how they triage people coming through emergency. If the hospitals swept the most endangered people under the proverbial rug, deaths would skyrocket. Where are the clowns in enforcement going after the very worst offenders, mainly many predatory coronations. Enforcement are stat hounds, blame their budget, and politics from the top down to look the other way. Well corporate crime has skyrocketed to an epidemic years ago, that have us all living and operating under a “curve”.

I apologize for my spelling and grammar, for one I said “coronations” and meant corporations.