Grosvenor’s giant MTT, the Goliath, might have taken place online again this year, but that didn’t stop it from setting another record. 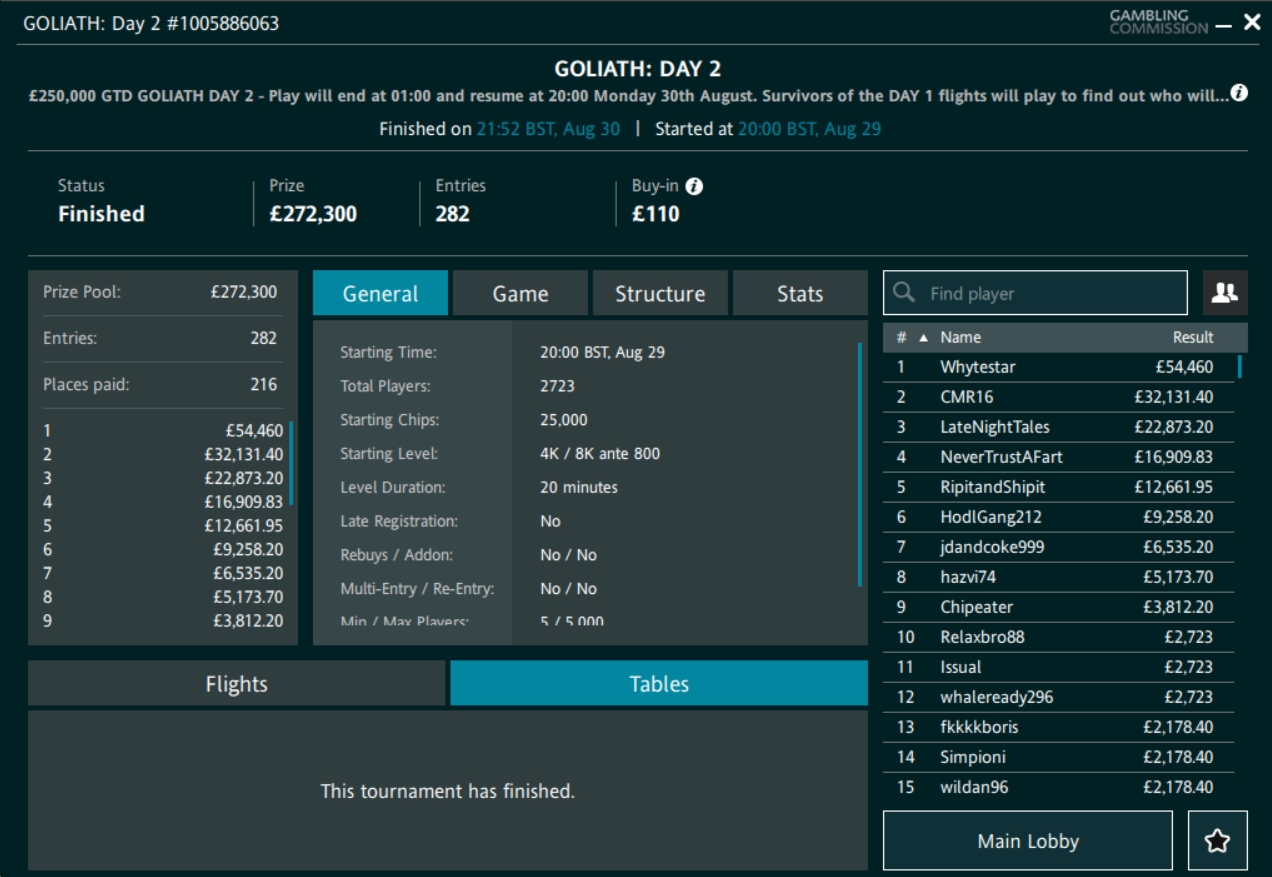 Grosvenor has completed another successful Goliath and set itself a new online record. (Image: Grosvenor Poker)

Although COVID-19 restrictions in England were removed in July, Grosvenor opted to host the Goliath online due to logistical reasons. Even though it’s recently hosted live events in London and Manchester, Goliath is an altogether different beast due to its size and scale.

As such, Goliath got underway on Grosvenor Poker last week and, as it’s done for a decade now, it set a new record. With a juiced-up prize pool and lower entry fee, this year’s event attracted 2,723 entrants.

For context, the 2021 Goliath didn’t surpass the record set in 2019 by its live counterpart. On that occasion, 9,300 entrants piled into Coventry’s Ricoh Arena for the £125 ($172) Main Event. That turnout reaffirmed Goliath’s status as the largest live poker event outside of the US, but Grosvenor had to flip the script in 2020 due to COVID restrictions.

The inaugural online Goliath set a new benchmark when 2,013 entrants anted up.

A total of 282 players made it through to that session, but only 216 would receive a return on their investment. Bertiepup bubbled the event and their exit ensured everyone that those left in the mix won at least £245 ($337).

While any sort of return on your investment is a positive in poker, Grosvenor’s Goliath is all about turning a small buy-in into a giant payout. By the close of Day 2, there were 11 players still fighting for that goal and a top prize worth £54,440 ($75,050).

John Adderly, aka CMR16, led at the start of play on Monday, but could only hold on long enough to finish second. In the end, the player of the day was Whytestar.

Whytestar rose through the ranks and, in the final hand, made an easy all-in call with A♥ Q♠. The shorter-stacked Adderly tabled K♦ Q♣ and, after the board ran out 6♠ J♣ 6♦ 8♠ Q♥, it was all over.

With that, Whytestar slayed Adderly to bring another successful Goliath to a conclusion and pick up a prize worth more than $75K.