Weijie Zheng had a “craic-ing” time in Ireland over the Easter holiday after he won the Irish Poker Open. 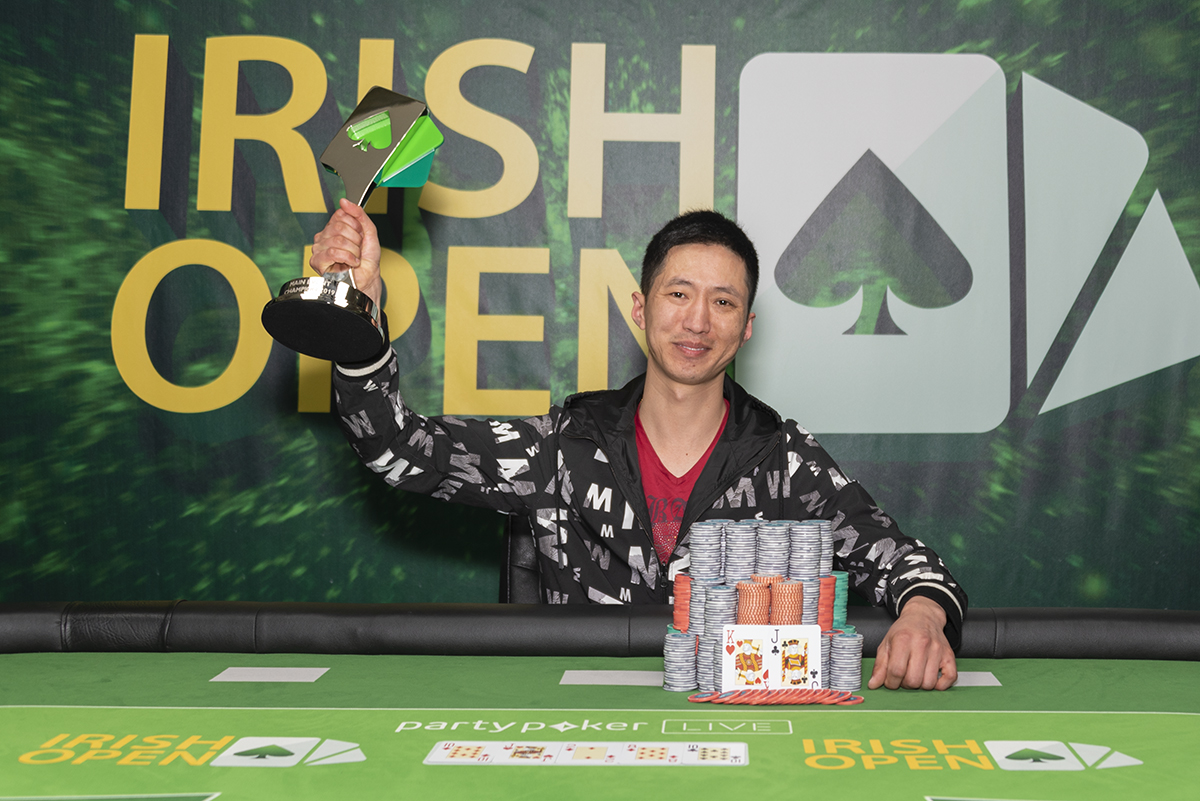 In betting and bluffing his way to the 2019 Irish Poker Open title, the local player had to overcome a record-breaking field. Despite being Europe’s longest running poker tournament, interest in the event hasn’t waned.

Having broken records in 2017 and 2018, the organizers were out to do the same this year. Working in collaboration with Paddy Power, Betfair and Partypoker, the tournament team hosted a variety of satellites.

Alongside these qualifiers, players were able to buy in using Partypoker Live Dollars. Between these innovations, a $1.1 million guaranteed prizepool and four starting flights, the 2019 Irish Poker Open attracted 1,807 players.

With another record broken, the field was stacked with talent. Among the pints of Guinness, Europe’s top pros, including Max Silver, were on display inside Dublin’s Citywest Hotel.

When the finale rolled around on April 22, Silver was the biggest name left in the mix. However, as the bets started to fly, it was Zheng who held the biggest stack.

With double the chips of his closest rival Silver, the young player took control. In fact, such was his position that an early loss to Seamus Cahill couldn’t knock Zheng from the top.

Eventually, as the field thinned, the demise of Silver gave Zheng a golden opportunity.

Heads-up, Zheng looked down at K♥J♣ and made a quick call after Dave Masters moved all-in on the very first hand.

As Masters tabled pocket sixes, a race ensued. The J♥T♦2♦ quickly swung the momentum before the 8♦ and T♣ brought things to an end.

In closing the book on another record-breaking event, Zheng took his career to the next level.

Prior to the tournament, his short résumé featured three cashes worth just over $26,000. Interestingly, his trio of wins all came at the 2018 Irish Poker Open.

As well as value at the felt, the annual festival is known for its jovial atmosphere. Embodying Ireland’s famous “craic,” the Irish Poker Open has become popular the world over.

This has helped it remain a must-play event and, in turn, allowed Zheng bank more than $300,000.

Guinness is gross and no one is more of a man for drinking it.

Poker can help you win big , it needs descipline , skills , patiente thoses are the quality you find in a good and great player , so it won t be impossible to win the guinness . Great Job