A regular on “Live at the Bike” known in the Los Angeles poker community as “Weez,” made one of the most insane comebacks in livestreamed low-stakes poker history. The area grinder, in a $5-$5 no-limit hold’em cash game, spun $50 into nearly $10,000. 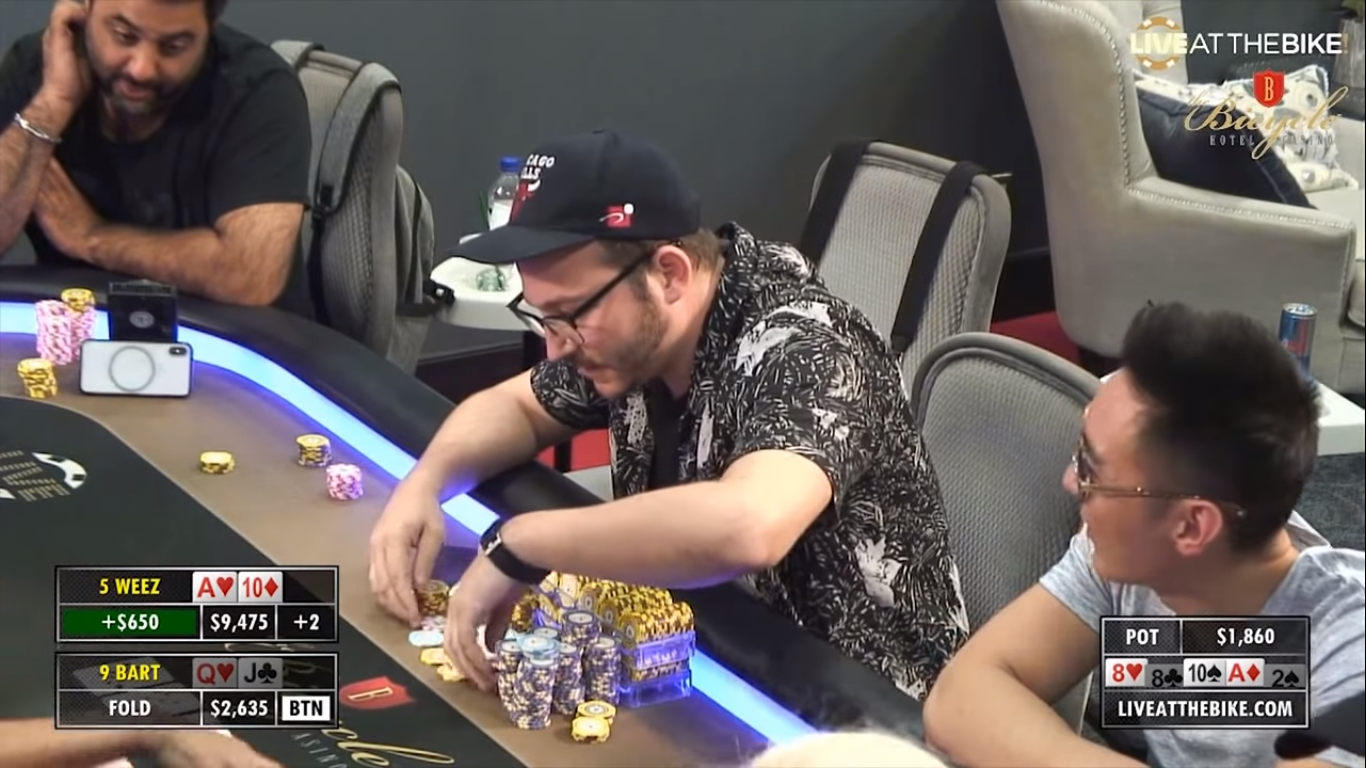 ‘Weez’ looking a lot happier stacking those chips than he was earlier in the session when he lost almost all of his money. (Image: YouTube).

He didn’t spin it up entirely from the poker game. A little help from a game in the casino pit first got him back in the game.

As the old saying goes, all you need is a chip and a chair. So, if you’re ever short-stacked, don’t get too depressed. You never know when a heater is coming. Just ask Weez.

Weez had a rough start to his session. He lost a $3,000 pot to a runner-runner straight. And then he dumped his remaining $915 shortly after when his A-Q ran into pocket kings.

The regular player and occasional commentator on Live at the Bike got up from his chair and left the room at Bicycle Casino. He then headed straight to the casino pit with the remaining $50 he had on him. After losing a few grand, what’s another $50? It turned out to be a great decision.

Weez spun that money up to around $1,800 and proceeded to return to the poker game. That turned out to be an even better decision.

Soon after his return, he limp-shoved for $1,175 with A-K and got a call from K-J. The best hand held up and his upward trend continued. After giving some of those chips back, he picked up pocket kings and got his opponent to jam with A-J. Again, the best hand held up, this time for a $4,465 pot.

He won another massive pot with a set of queens against bottom set (threes). A few hands later, he had gone from $50 to nearly $10,000.

As Major League Baseball Hall of Fame catcher Yogi Berra famously said, “it ain’t over till it’s over.”