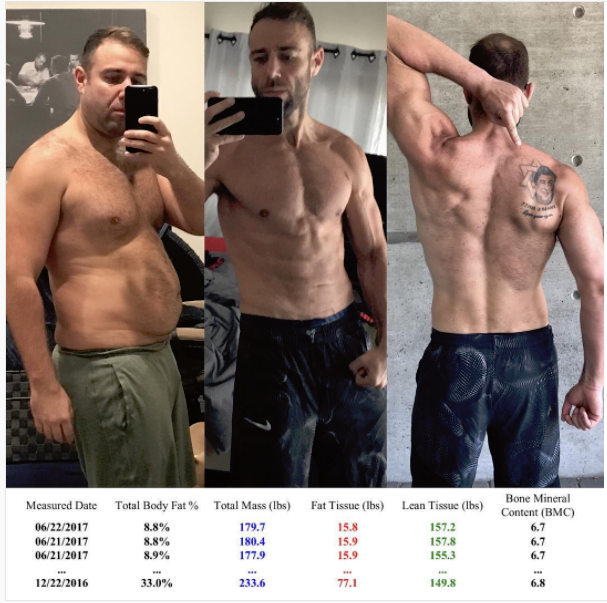 Weight loss prop bets in the poker community are nothing new, but Fisher’s attempt to drop down to 10 percent body fat in six months has caught the mainstream media’s attention.

According to the terms of the bet, Fisher, who has $435,518 in tournament cashes, had to diet and work his way down from 233lb in order to win the bet which had attracted more than $1 million in interest.

Fisher Down On His Luck But Not His Weight

At the time the bet was proposed, Fisher explained that he’d been on a $500,000 downswing and eating the worst foods possible. With his friends pushing him into the challenge and his own mind telling him to make a change, Fisher took the bet.

After receiving backing from friends Dan Bilzerian and Bill Perkins, the bet was set at the close of 2016 and Fisher had just six months to dramatically change his body composition. Using personal trainer Chris DiVecchio and spending seven days a week in the gym, Fisher gradually started to lose weight.

Within a few weeks he’d upped his gym sessions from 30 minutes to around 10 hours with a combination of cardio and resistance training. This training regime, in tandem with a proper diet, helped Fisher work his way down to the body fat milestone and beyond.

Posting his progress on Instagram throughout the bet, Fisher’s images show that he took his body percentage from 33 percent on December 22, 2016, to 8.8 percent by 22 June, 2017. As well as winning the bet and banking a $500,000 profit, Fisher has become the talk of fitness enthusiasts around the world.

Mainstream Media Gets Behind Fisher

In addition to coverage by ABC News and the New York Post, Fisher has been featured in Men’s Fitness. Picking up on research-backed notion that money is one of the best motivators for fat loss, the recent article paints the picture of an extreme yet effective way to get in shape.

As for Fisher, he thanked those that helped him reach his goal, including his family, trainer and poker pros such as Bilzerian, Jeff Gross and Antonio Esfandiari.

On top of being grateful for the financial side of the bet, Fisher insisted that the journey was just as important.

“There are so many many more people but everyone love you guys for having my back and helping get to a great place in my life,” Fisher wrote on his Instagram page.

Congrats to fisher for choosing a healthy life style

pretty sure anyone would lose the weight for one million dollars lol, but good for him for changing around his situation