Virtue Poker, the first blockchain-based site to be licensed by the Malta Gaming Authority (MGA), is live. And, to mark the occasion, it will host a charity event featuring Phil Ivey and NBA Hall of Famer Paul Pierce. 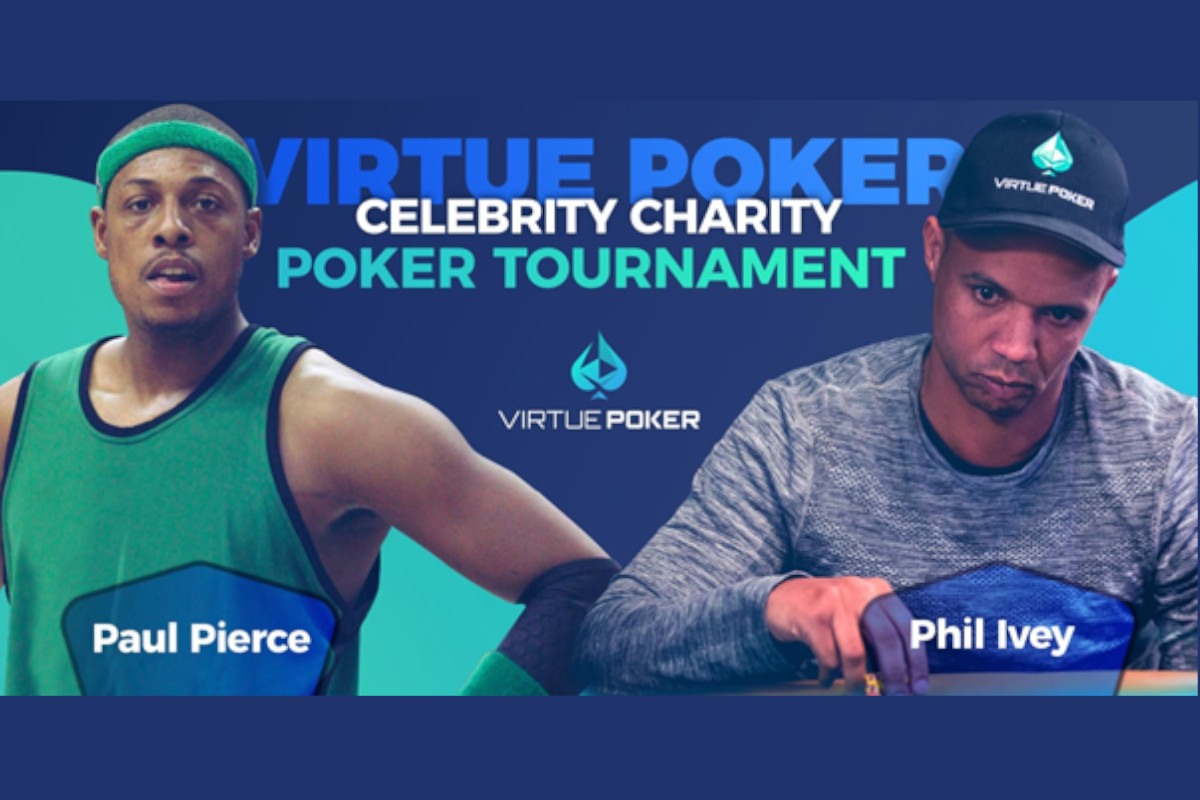 Virtue Poker has been five years in the making. Co-founders Ryan Gittleson and Jim Berry devised a way of using Ethereum’s blockchain to create a decentralized poker app back in 2016.

Joe Lubin, founder of software engineering company ConsenSys, became an early investor and the platform has been in development ever since. Now, following a series of investment rounds and support from poker pros such as Phil Ivey, Virtue Poker is live.

The site looks like any other. An image of Ivey welcomes new players, and everything feels like a traditional online poker room on the surface.

However, it’s the bits underneath the hood that make it different. Virtue Poker uses smart contracts to create a decentralized environment where cards a shuffled randomly and funds are never held inside the app. 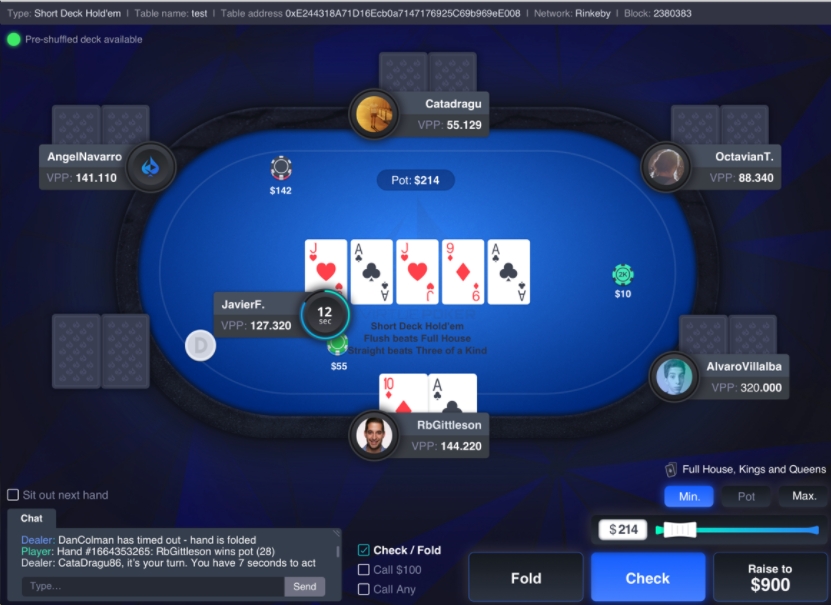 The peer-to-peer shuffling protocol is the only one in the world certified as fair by Gaming Labs International (GLI).

“Virtue Poker distributes the shuffling process among all players at the table. Each player’s app shuffles the deck and applies a layer of encryption. Once the deck is thoroughly shuffled and encrypted, the hand is dealt, and players exchange encryption keys so everyone can see their hands,” read’s Virtue Poker’s how-to guide.

Players also have to link their Ethereum wallet to the decentralized app (DApp). Anyone that doesn’t have wallet can create one inside Virtue Poker thanks to the company’s recent partnership with FunFair.

Players send Ethereum tokens from their wallet to a sidechain where they’re locked using smart contracts. 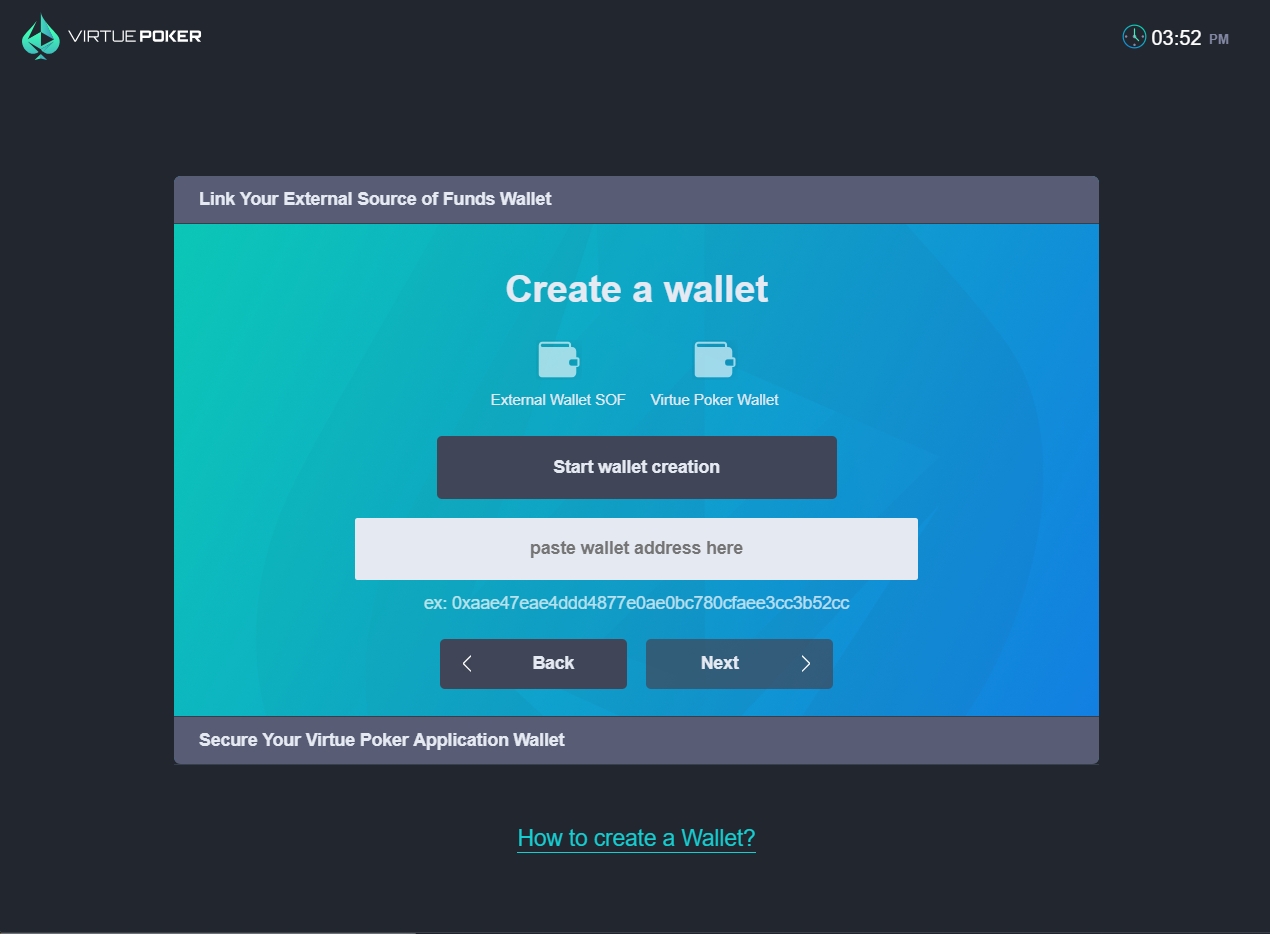 This means Virtue Poker never holds any player funds. However, thanks to the magic of smart contracts, the system knows when a player’s balance increases and decreases.

The whole system is encrypted and decentralized. This, in theory, makes it un-hackable and safer than traditional online poker sites.

The underlying mechanics are certainly impressive but most poker players only care about how slick the gaming experience is. From our tests, the site does look and feel similar to PokerStars et al.

The acid test will be when people start playing. To that end, Virtue Poker will show off its product to the world next month.

Although details are scant, the blockchain-based poker site will host a celebrity charity event in June. Ivey and NBA legend Pierce will be joined by 10 as yet unnamed famous faces.

The action will be streamed live on Twitch and viewers will have the chance to take part in various competitions, including NFT giveaways.

All the money raised will go to winner’s charity of choice. More than that, people will get to see how Virtue Poker performs under the bright lights and whether it really can change the game.